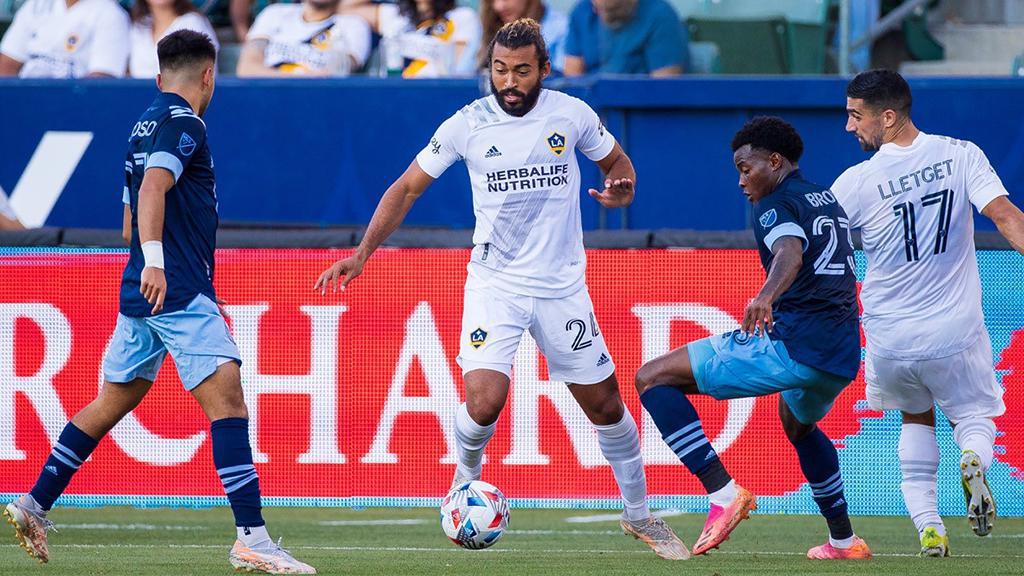 New Orange County SC signing Danilo Acosta has made 39 appearances in Major League Soccer, and this past September made his debut for Honduras in FIFA 2022 World Cup Qualifying. | Photo courtesy LA Galaxy

IRVINE, Calif. – Orange County SC announced on Friday the signing of current Honduran international and defender Danilo Acosta ahead of the 2022 USL Championship season, adding the 24-year-old left back to the squad after he split time between LA Galaxy and the USL Championship’s LA Galaxy II during the 2021 campaign. The signing is pending league and federation approval.

“I am really excited about joining the Orange County Soccer Club,” Acosta said. “I’m really looking forward to giving my all to this organization to keep us as a team at the top throughout this season. Especially thankful for coach Richard [Chaplow] and the whole club for giving me this opportunity. Can’t wait to be a part of the family.”

Acosta rose through the ranks of Major League Soccer club Real Salt Lake’s academy in Arizona and made his professional debut in the USL Championship for Real Monarchs SLC in 2015. RSL signed Acosta to an MLS Homegrown Player contract ahead of the 2016 season, and during the 2017 and 2018 seasons, Acosta featured regularly in the top flight, making a total of 29 appearances. RSL loaned Acosta to Orlando City SC in 2019 for a season before the defender made the move to Southern California.

“We are delighted to add Danny to our 2022 roster,” said OCSC President of Soccer Operations Oliver Wyss. “Danny is a talented versatile defender and despite only being 24 years old, has already played multiple successful seasons in the MLS and USL as well as representing Honduras internationally.”

Born in San Pedro Sula, Honduras, Acosta moved to Sandy, Utah, at the age of 12 to join his father, and became eligible to represent the U.S. Men’s National Team. Acosta was called-up at the U-18 and U-20 levels, before attending a senior team training camp in January 2018.

With the Stars and Stripes, Acosta won the 2017 Concacaf U-20 Championship coached by Tab Ramos and scored the deciding penalty in the Final against Honduras. Acosta featured in the 2017 FIFA U-20 World Cup and helped guide the team to the Quarterfinals. More recently, Acosta filed a one-time switch this past year to represent his native Honduras and made two appearances for the country in 2022 FIFA World Cup Qualifiers this past September.