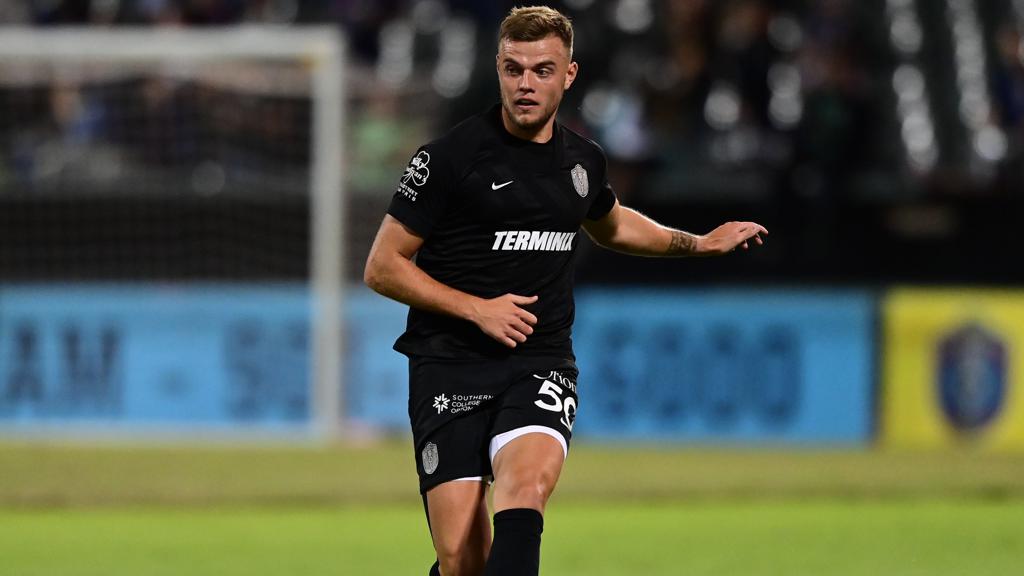 Irish defender Niall Logue has signed with Memphis 901 FC for the 2022 USL Championship season following a successful loan stint at the club during the past campaign. | Photo courtesy Eric Glemser / Memphis 901 FC

MEMPHIS, Tenn. – Memphis 901 FC announced on Friday it had signed defender Niall Logue, returning the young center back to the club after a successful loan stint in Memphis during the 2021 USL Championship season. The signing is pending league and federation approval.

Logue joined Memphis on loan from Locomotive FC in June, and quickly established himself in the 901 FC back line. The 26-year-old started in 21 of his 22 appearances for the club and recorded a club-best 32 blocked shots while also registering 93 clearances and 29 interceptions as Memphis earned a place in the USL Championship Playoffs for the first time in its history.

“Last year, Niall was a great addition to the squad mid-season on loan and helped push us across the line into the playoffs,” said Memphis Head Coach Ben Pirmann. “He has great ability on the ball and is a vocal leader throughout the season. Niall is truly bought in for our club and community and will be an even bigger part of this project for 2022.”

Logue had joined El Paso prior to the 2021 season after featuring for FC Tucson in USL League One during the abbreviated 2020 season, where he played every minute of the 16-game regular season. A former player at Ohio State University, Logue began his professional career in 2018 at hometown club Derry City of the League of Ireland Premier Division, where he made four appearances before being loaned to fellow Premier Division club Finn Harps FC.

Following a permanent move to Finn Harps FC in 2019, he made a cumulative 24 appearances with the club between 2018 to 2020 and helped the side retain its place in the League of Ireland Premier Division in 2019 with an aggregate victory against Drogheda United.

“I am happy to be coming back to a place that welcomed me in with open arms from day one,” said Logue. “The fans have been brilliant to me by welcoming and giving me my first ever song. So to be going back to a place that gave me so much love on and off the pitch it was a clear choice for me. Ben had entrusted me with a lot of responsibility from the day I walked in the doors from El Paso mid-season on loan, so I want to repay that trust back in full by giving my all and instilling the never-say-die attitude that the 901 are known for!”