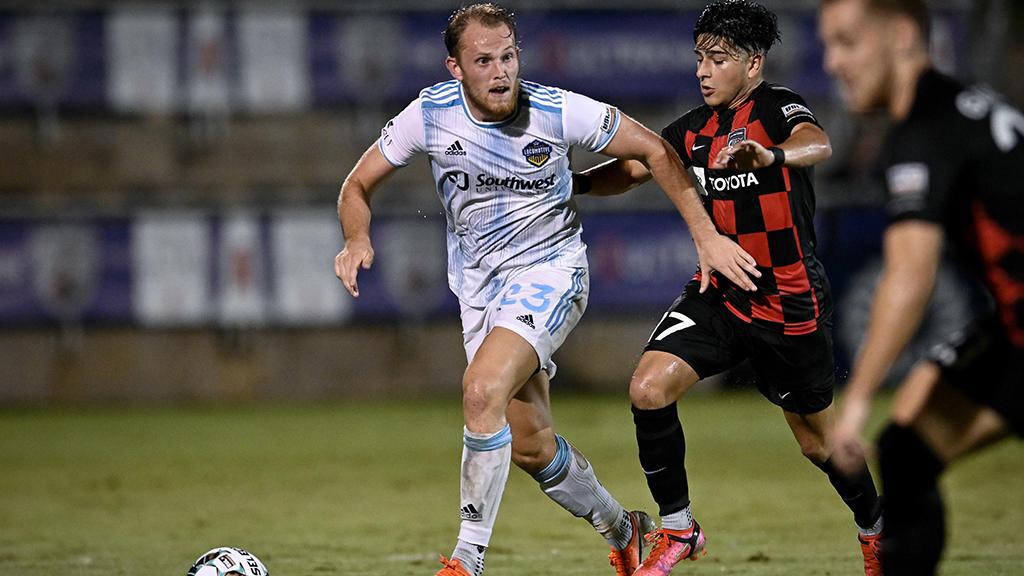 “I'm very excited to be joining the Switchbacks,” said King. “After speaking to [Colorado Springs Head Coach] Brendan [Burke] about the ambitions the football club has and having been able to experience the atmosphere the fans create at Weidner Field, it is a great opportunity and I can't wait to meet the rest of the team and get started on achieving our goals."”

King began his professional career in the Championship in 2019 with Indy Eleven, where he made 22 appearances in his first season and recorded one goal and three assists, as well as 25 clearances and 14 interceptions defensively. The following year he was acquired via transfer by Locomotive FC from Indy midway through the 2020 season and notched one goal, as well as 22 clearances and 13 interceptions in the club’s final 16 games of the regular season before helping El Paso reach the Western Conference Final of the 2020 USL Championship Playoffs.

This past season, the 26-year-old notched six goals and three assists in attack while registering 47 clearances and an 83.3% passing accuracy rate, proving one of the most consistent performers as El Paso claimed the Mountain Division while King individually earned five USL Championship Team of the Week selections.

“Macca is one of the top outside backs in this league and is versatile enough to play a few positions,” said Switchbacks Head Coach Brendan Burke. “I've always been impressed by the passion that he plays with and how much energy he puts into every game. I was surprised not to see him get all league recognition last season and I hope that adds a little fuel to the fire for him this season. This signing brings us one step closer to our goal of bringing silverware to Colorado Springs.”

Prior to his professional career, King was a three-time All-Peach Belt Conference selection during his career at NCAA Division II school Young Harris College in Georgia.