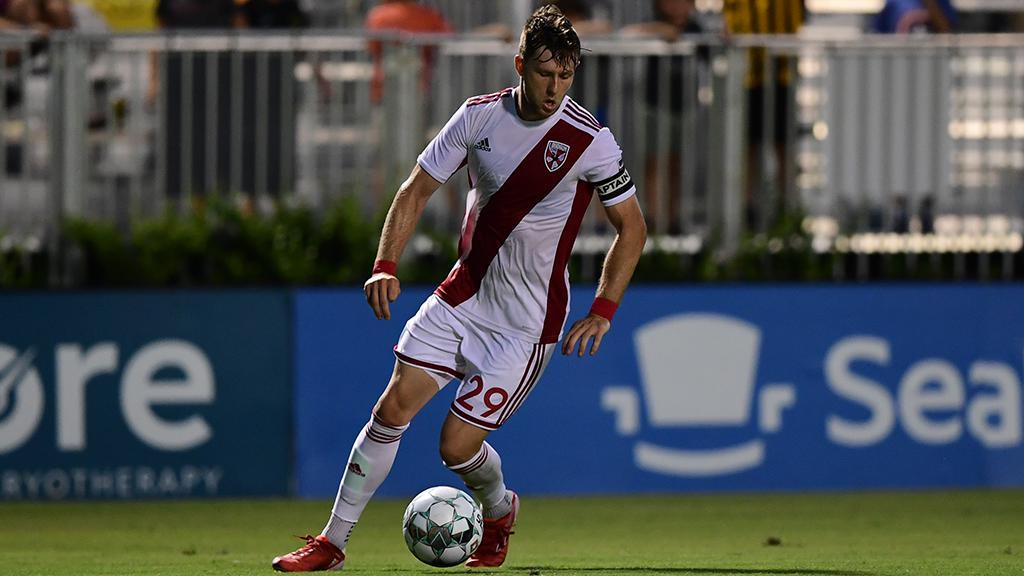 ST. PETERSBURG, Fla. – The Tampa Bay Rowdies announced on Friday its first new arrival of the offseason, signing defender Timmy Mehl ahead of the 2022 USL Championship season. The signing is pending league and federation approval.

Mehl joins the Rowdies after spending the past two seasons with fellow Championship club Loudoun United FC, where he served as captain this past campaign and made 39 appearances overall for the club. The 26-year-old will enter his fourth professional season with the Rowdies, having previously competed for both North Carolina FC and Chattanooga Red Wolves SC in the 2019 campaign.

“The defense was one area where we were blessed last year with the center backs who played regularly staying fit and stayed in form, by and large,” said Rowdies Head Coach Neill Collins. “Conner Antley also stepped in and did really well on occasion, but he played mostly at right wingback. So, with Timmy we were looking for someone who could come in and compete with those center backs. Timmy showed himself really, really well this past season. He’s got good attributes. He wins the ball, he wins headers, he wins tackles, he makes great recoveries. He’s also very good in possession.”

A native of southern California, Mehl played four years of college soccer at Indiana University, appearing in 72 matches for the Hoosiers and earning selection to the All-Big Ten Team on two occasions. After graduating, Mehl made his professional debut with North Carolina FC in the 2019 Lamar Hunt U.S. Open Cup loaned to the Red Wolves in USL League One later in the year.

As a former center back himself, Collins was impressed by what he has seen from Mehl.

“Timmy is someone that in difficult circumstances at Loudoun, obviously a much younger team, I thought he really held them together well and showed some really good defensive instincts,” said Collins. “I think he’ll come in and give us really good competition in that area of the field and also give those guys a rest if we need to. As we look to improve every year, these guys need competition. Timmy will come in and compete and, as always, the best people will play.”