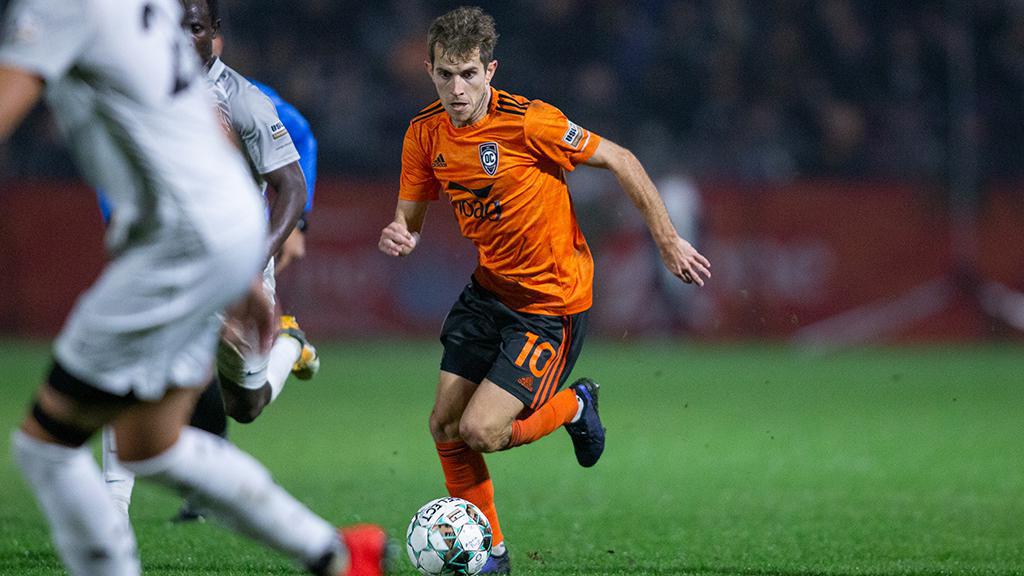 Orange County SC midfielder Brian Iloski has re-signed with the club for a third campaign after helping lead the side to the 2021 USL Championship title. | Photo courtesy Liza Rosales / Orange County SC

IRVINE, Calif. – Orange County SC announced on Thursday it had re-signed a trio of players that made key contributions to the club’s 2021 USL Championship title, with midfielders Brian Iloski and Tommy McCabe and defender Brent Richards all set to rejoin the club for the new campaign.

Iloski will return for his third season at the club in which time he has been one of Orange County’s notable creators in the attacking third. The 26-year-old has recorded three goals and five assists in 47 regular season appearances for OCSC while notching 89 chances created and a passing accuracy rate of 84.4 percent. A former standout at UCLA, Iloski had previously played for the LA Galaxy II in the Championship after beginning his professional career at Legia Warsaw in Poland.

Richards arrived in Orange County last offseason and recorded one goal and seven assists – good for the team-high – in 34 appearances across the regular season and playoffs. A former standout at both the Portland Timbers 2 and Reno 1868 FC in the Championship, Richards has made 166 regular-season appearances in the league over the course of his career while notching 10 goals and 23 assists.

McCabe made 31 regular season appearances for Orange County in the 2021 campaign, playing a key role in the center of midfield. Selected with the 29th pick of the 2019 MLS SuperDraft, McCabe competed on loan in the Championship for both North Carolina FC and Memphis 901 FC in his first two seasons as a professional before making the move west last offseason. The 23-year-old posted an 85 percent passing accuracy rate and notched 37 interceptions and 87 recoveries and like Iloski and Richards appeared in all four of the club’s contests on the way to clinching the USL Championship title.