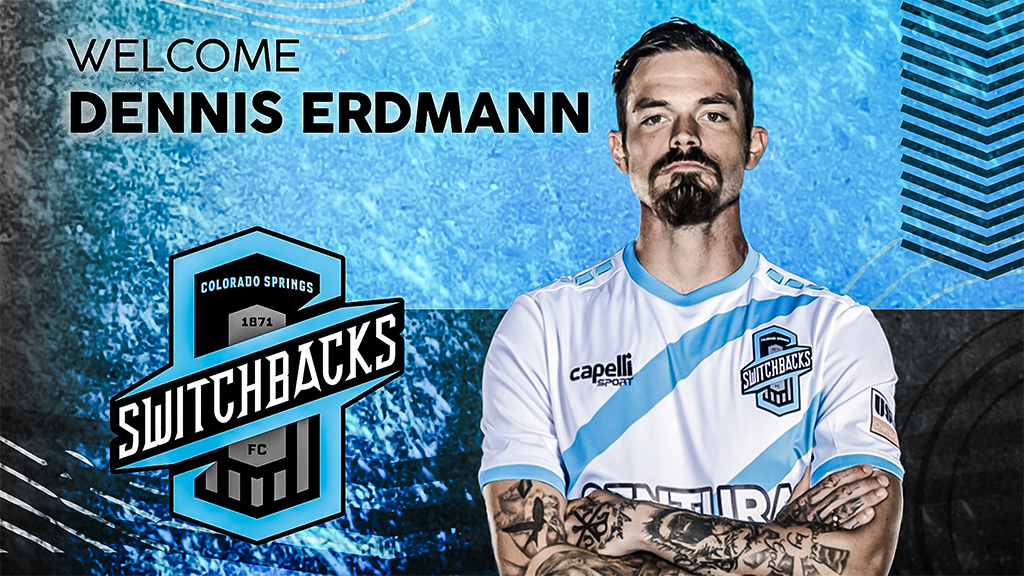 Erdmann comes to Colorado Springs from 1. FC Saarbrucken, which currently competes in the 3.Liga, the third tier of German soccer. He brings nearly a decade of professional experience under his belt in Germany, tallying 26,305 minutes in more than 300 appearances.

“After Coach Burke called me, I immediately knew that I wanted to play for the Colorado Switchbacks and him,” said Erdmann. “The club and the goals we want to achieve are very exciting and I can guarantee that I will do whatever I can to help the team to succeed. I cannot wait to meet my teammates, the staff, and the fans in Colorado Springs!”

Erdmann began his professional career with SSG Bergisch Gladbach in 2011, where he notched six goals in 36 appearances. He played with Schalke 04 II from 2012-2014, where he earned four more goals, before moving on to Dynamo Dresden for the 2015-15 season. After one season there he was signed to Hansa Rostock until 2017, where he made 67 appearances. He was with 1. FC Magdeburg from 2017-2019, before being signed to 1860 Munich for two seasons.

“Obviously Dennis has played at clubs that many players in USL dream about playing at,” said Switchbacks Head Coach Brendan Burke. “He is well-rounded in his physicality, skill set, and positional versatility. Most importantly he has great experience and reads the game very well. I know that he is committed to bringing trophies to Colorado Springs and we are equally glad he will be here to drive this team to another level.”