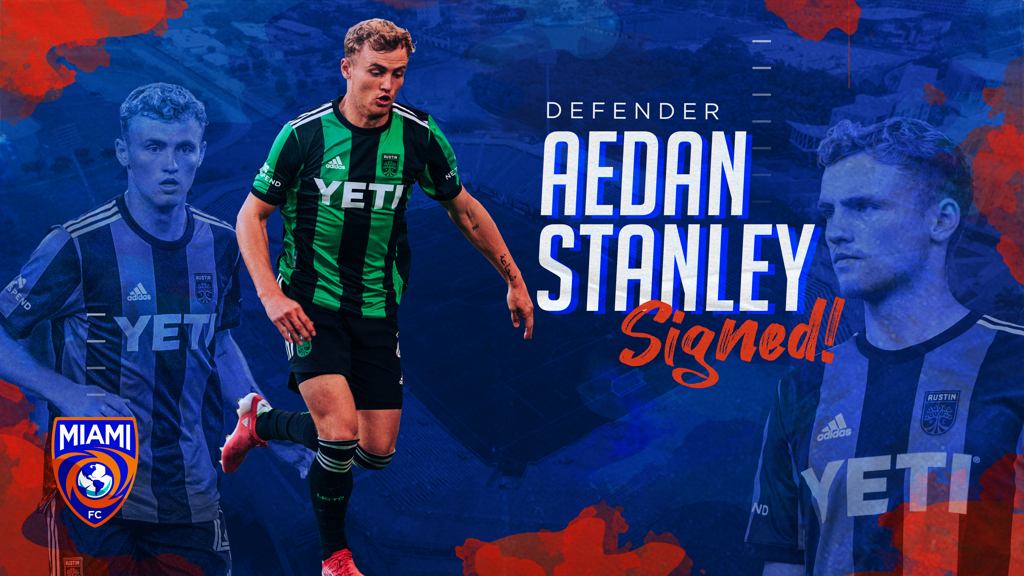 MIAMI – The Miami FC announced on Tuesday its first signing of the year, announcing the arrival of defender Aedan Stanley ahead of the 2022 USL Championship season. The transaction is pending league and federation approval.

“I’m delighted with the signing of Aedan," said Miami Head Coach Anthony Pulis. "He is an exciting young left back who I know well, and I believe has a bright future ahead of him. He has a lovely left foot, a great tactical understanding of the game and more importantly a very humble, hard-working young man who is highly motivated to do well. I look forward to welcoming another talented young prospect into our Miami FC family."

Born in Columbia, Illinois, Stanley was selected with the 21st pick of the 2021 Major League Soccer SuperDraft by Austin FC. The 22-year-old made nine appearances in the expansion club’s inaugural season, making a pair of starts.

Stanley’s career in the professional ranks began before college as he joined Saint Louis FC as a USL Academy signing in the 2016 season. Stanley made 18 appearances across three seasons for Saint Louis – including for then-STLFC Head Coach Pulis in the 2018 season – before attending Duke University.

Following two seasons with the Blue Devils, Stanley elected to turn professional with the Portland Timbers 2 in the USL Champions for the 2020 season and played every minute of the abbreviated campaign before being selected by Austin FC in the 2021 MLS SuperDraft.

“I’m excited to be a part of a club that as a clear sight in mind and that is to bring a championship to Miami,” said Stanley. “I’m ready to give my all to the 305 and to the fans that support us. Together we can achieve our goals in 2022. Vamos Miami!”