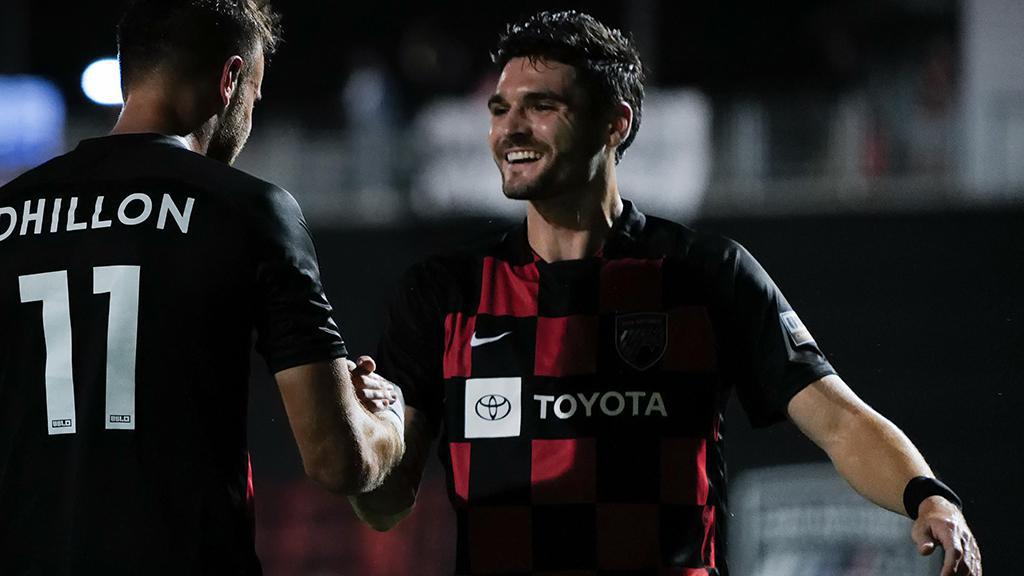 SAN ANTONIO – San Antonio FC announced on Tuesday it had signed defender Mitchell Taintor to a multi-year contract after acquiring him via transfer from fellow USL Championship club Sacramento Republic FC, bringing the veteran defender back to the Alamo City after a successful loan spell at SAFC during the 2021 season. The transaction is pending league and federation approval.

“We are ecstatic to welcome Mitchell back to the SAFC family,” said San Antonio Head Coach Alen Marcina. “He is an exceptional competitor, resilient, and a constant high performer. Mitchell's on-ball ability to consistently break lines and his commitment to aggressive pressing actions fits entirely to our style of play.”

The 27-year-old joined San Antonio on loan from Sacramento last August and made an immediate impact as the club charged through the end of the season, reaching the Western Conference Final of the USL Championship Playoffs for the first time in its history. Following his arrival in San Antonio, Taintor started 13 matches in the regular season, compiling 1,147 minutes played and adding 12 tackles and an assist. The center back also played every minute of all three postseason matches with SAFC.

Taintor had previously competed for San Antonio during the 2020 USL Championship season when he signed with the club following the end of preseason. That season he appeared in 15 of the club’s 16 regular season matches, compiling 1,470 minutes, 68 clearances, 42 aerial duels won and 23 interceptions. Taintor also played all 120 minutes of the club’s Western Conference Quarterfinal against New Mexico United.

Selected by Toronto FC in the Third Round (59th overall) of the 2016 Major League Soccer SuperDraft, Taintor signed with Toronto FC II in the USL Championship where he made 47 appearances in two seasons from 2016-17. The Connecticut native was the club captain for Toronto FC II in 2017 and scored three goals for the Canadian side. Taintor has made 148 regular season appearances overall in the Championship over six seasons, logging 12,328 minutes of action while recording eight goals and six assists.