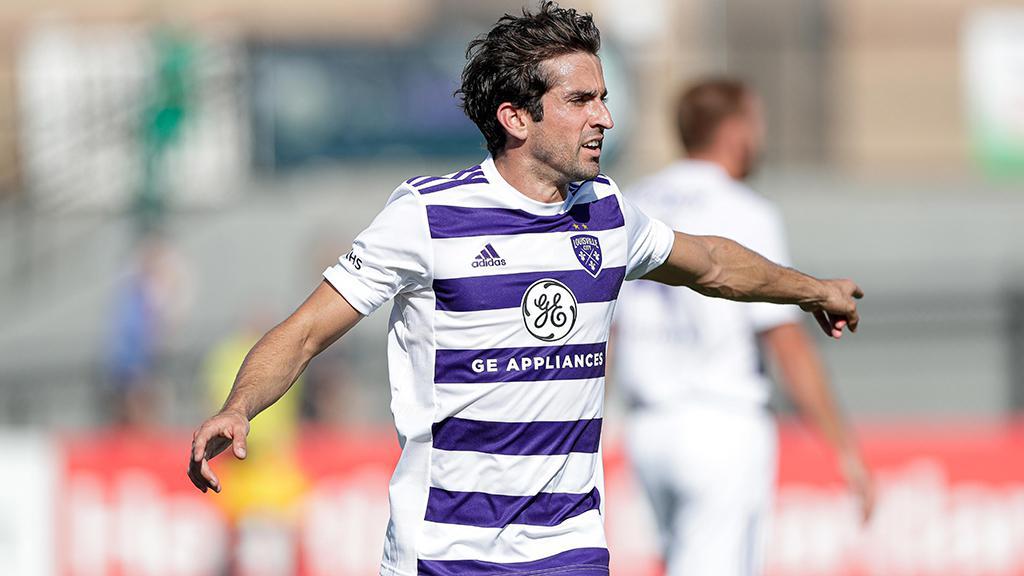 LOUISVILLE, Ky. – Louisville City FC announced on Tuesday it had signed midfielder Tyler Gibson to a new contract for the 2022 USL Championship season. The signing is pending league and federation approval.

The 30-year-old central midfielder made 19 starts in 28 appearances for LouCity last year before suffering an injury down the stretch of the campaign that limited his time entering the 2021 USL Championship Playoffs, presented by TwinSpires.

“We are extremely excited to be re-signing Tyler," said LouCity Head Coach Danny Cruz. "His character both on the field and in the locker room exemplifies that of a Louisville City player. This is an important signing and one that we believe will help put us in a position to compete for a trophy this year.”

A native of Knoxville, Tenn., Gibson made his move to LouCity after two seasons with rival Indy Eleven. There, he played every minute of Indy’s abbreviated 2020 campaign after a breakout 2019 in which he led the USL Championship with 2,174 passes.

His original signing with the boys in purple coincided with the departure of All-League First Team midfielder Devon “Speedy” Williams, with Gibson slotting into that same No. 6 role for LouCity. Gibson proved to be a crucial distributor, ranking third on the roster in completing 86.4% of his passes.

“I’m excited and thankful for the opportunity to play for Louisville City again this season,” said Gibson. “I’m looking forward to getting back on the field with the guys and getting started. See you all soon.”

Gibson previously played in the Championship for FC Cincinnati in the 2018 season and has made 82 regular-season appearances in the league during his career.