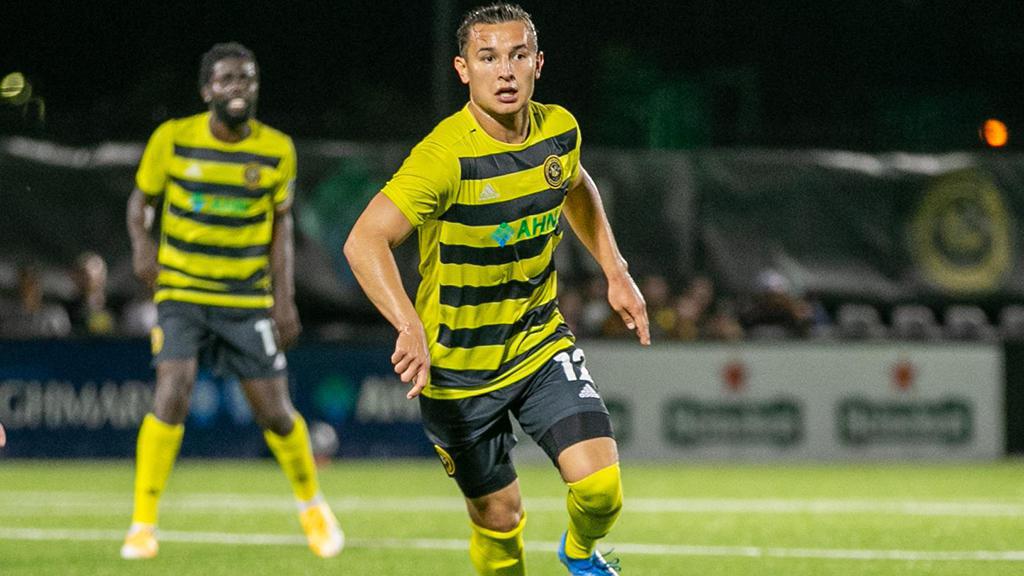 PITTSBURGH – Pittsburgh Riverhounds SC announced on Monday it had re-signed midfielder Danny Griffin for the 2022 season, pending league and federation approval. Griffin will be back for his third year with the Hounds after establishing himself as a mainstay in the center of the field for the club.

Over the past two seasons, Griffin is the only player to appear in all 49 games for the Hounds, starting 46 of those. The Connecticut native’s 2,868 minutes played in 2021 was in excess of 200 more than any other Hounds player, as he started all 32 matches and played the complete game in 31.

“Danny is a versatile midfielder who gets better every time he steps on the field,” said Hounds Head Coach Bob Lilley. “His mentality and growth as a player has been integral in our success these past two seasons, and he continues to emerge as a leader for our group. We are excited to welcome back Danny for the 2022 USL season.”

The 23-year-old was drafted by Columbus Crew SC in the Second Round (49th overall) of the 2020 Majoe League Soccer SuperDraft out of Providence, but he went unsigned out of camp. He then joined the Hounds during their 2020 preseason and signed his first pro deal on March 3, 2020.

With the Hounds, Griffin has established himself as an energetic, box-to-box player. He has four goals and three assists, including scoring in just his second professional game against Philadelphia Union II, and has racked up 83 tackles and 69 interceptions in his holding midfield role.