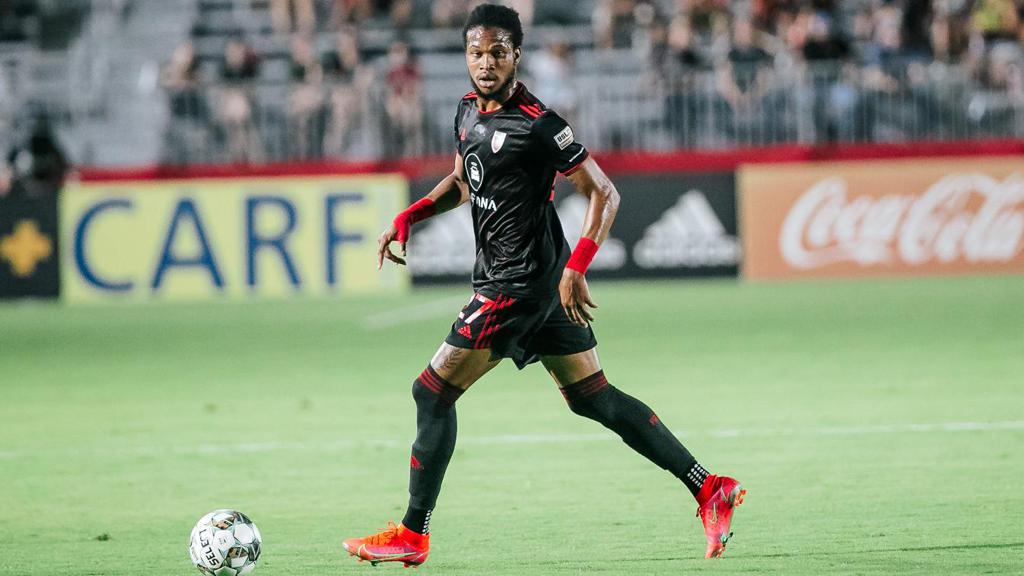 Phoenix Rising FC midfielder Kevon Lambert has been recalled to the Jamaica squad that will face Peru in an international exhibition on January 20 in Lima, Peru. | Photo courtesy Ashley Orellana / Phoenix Rising FC

The midfield trio of Phoenix Rising FC’s Kevon Lambert and Miami FC’s Speedy Williams and Lamar Walker have been selected in the Jamaica Men’s National Team squad as the side prepares for an international exhibition against Peru on Thursday, January 20 in Lima, Peru.

Lambert’s selection sees him return to the squad for the first time since prior to the 2021 Concacaf Gold Cup when he appeared as a substitute in an exhibition against Serbia last June. The 24-year-old has made 15 appearances for Jamaica previously in his career while also establishing himself as one of the top defensive midfielders in the USL Championship since joining Rising FC prior to the 2017 season. Lambert has made 106 regular season appearances in the league, and twice helped Rising FC claim the Western Conference title (2018, 2020).

Willliams and Walker both retain their places after competing at last summer’s Gold Cup and in FIFA 2022 World Cup Qualifying during the fall. A three-time Championship Final-winner, Williams has made 150 regular season appearances in the league in his career and helped lead Miami to its first postseason berth since joining the Championship in the 2021 season. The 29-year-old has made 25 appearances for Jamaica in his career, including appearing in every game of the Gold Cup and the final stage of World Cup Qualifying over the past six months.

Walker, meanwhile, made 25 appearances in his first season with Miami last campaign and recorded six goals for the side on its way to the postseason. The 21-year-old joined Miami from Portmore United last offseason and has made 10 appearances for Jamaica so far in his career, recording one goal and one assist.

Also named in the squad were another pair of players who competed in the Championship in the 2021 season, with forward Deshane Beckford having recorded five goals and seven assists while on loan to Colorado Springs Switchbacks FC from Montego Bay United in the campaign. Also named is midfielder Peter-Lee Vassell, who had three goals for Indy Eleven during the 2021 season.

Jamaica’s visit to Peru precedes the resumption of FIFA 2022 World Cup Qualifying at the end of January, when the side will play host to Mexico on January 27 before visiting Panama on January 30 and then returning home to face Costa Rica on February 2 in the next round of games. The Reggae Boyz currently sit sixth in the octagonal standings, seven points back of Panama in fourth place.