Center back has made 66 regular season appearances in Championship in New York, Pittsburgh 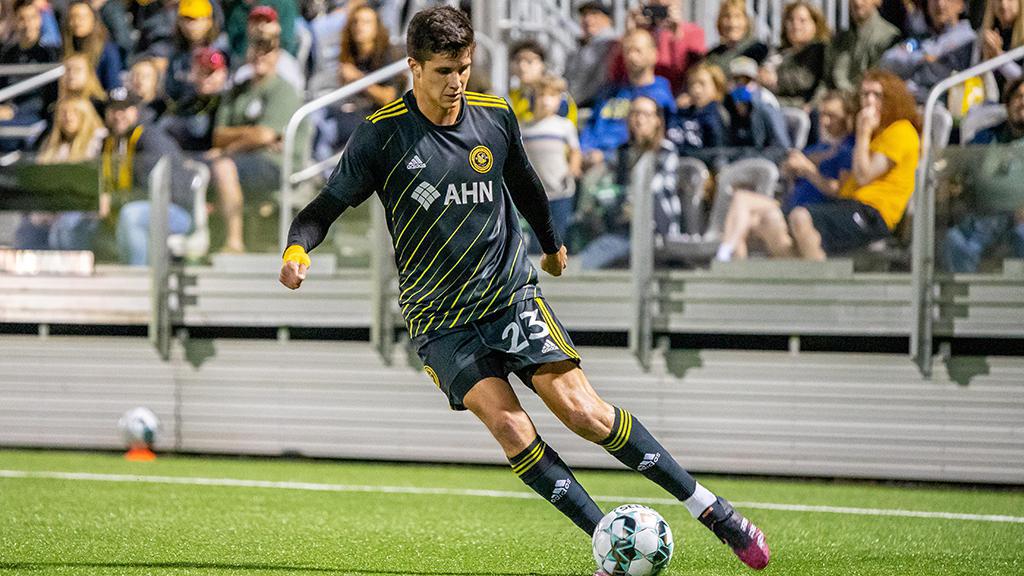 CHARLESTON, S.C. – The Charleston Battery announced on Friday the club had signed defender Preston Kilwien for the 2022 USL Championship season, pending league and federation approval. Kilwien is the second new player to join the club ahead of the 2022 campaign.

“I’m really excited to be a part of this historic club, playing in front of the fans and fighting for the city,” said Kilwien. “I’m really looking forward to playing for Coach Casey and his style of soccer.”

The 25-year-old defender arrives in Charleston following a season with fellow Championship club Pittsburgh Riverhounds SC, and has three years of professional experience under his belt. Kilwien appeared in 30 matches for the Hounds and was an integral part of the club’s stingy back line that helped it secure a spot in the 2021 USL Championship Playoffs.

Kilwien has made 66 regular season appearances in the Championship overall in his career, having played two seasons previously with the New York Red Bulls II. This past season, he recorded 40 clearances, 35 interceptions and won 86 duels and 45 aerial duels. Overall in his career, Kilwien has posted a duel success rate of 56.3 percent, and an aerial duel success rate of 62.4 percent.

“Preston’s got a good overall makeup for that left defensive spot there,” said Battery Head Coach Conor Casey. “He's got good feet, turns well defensively and is smart. We want to be aggressive and want to play a high line, we’re going to need good communication and good defending, so he’s a great addition for us.”

Kilwien hails from Lubbock, Texas, and holds dual citizenship with both the United States and Costa Rica. Before turning pro, Kilwien played college soccer at Florida Gulf Coast University from 2015 to 2018. He was named the Atlantic Sun Conference Defender of the Year as a senior and earned All-Conference honors following his junior and senior seasons. Kilwien also helped lead the Eagles to a 2016 conference title and into the second round of the 2016 NCAA Tournament. During his time in college, Kilwien also played in USL League Two for the Tampa Bay Rowdies U-23s in 2017 and the Sounders FC U-23s in 2018.