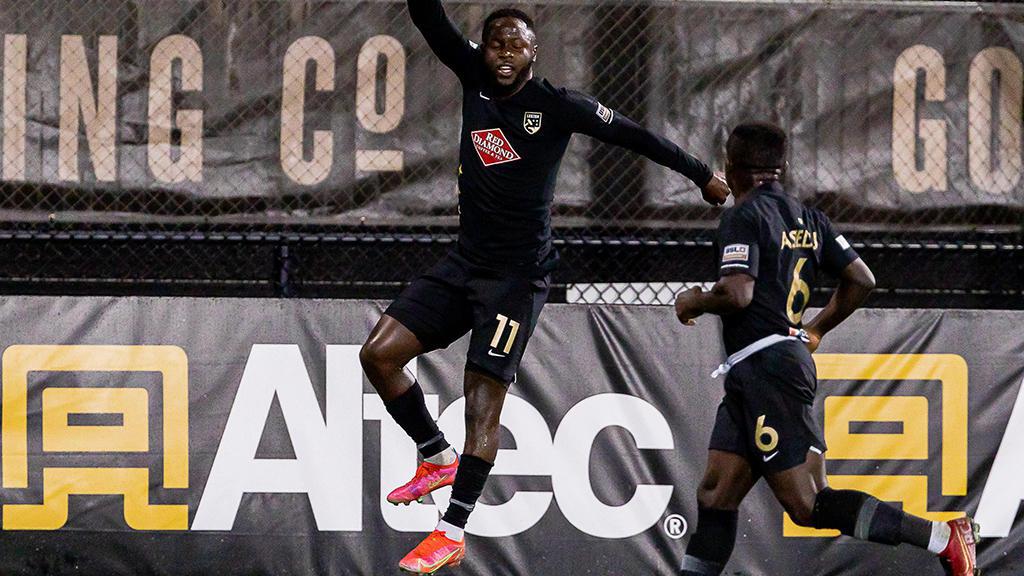 New Mexico United signing Neco Brett joins the club having recorded 62 regular-season goals in the Championship during his career and having twice been voted to the Championship All-League Team. | Photo courtesy Birmingham Legion FC

ALBUQUERQUE, N.M. – New Mexico United announced on Friday it had signed 2021 USL Championship All-League selection Neco Brett ahead of the 2022 campaign. The signing is pending league and federation approval.

Brett joins New Mexico having recorded an individual single-season best 18 goals for Birmingham Legion FC in the 2021 season which helped the side finish second in the Central Division in the regular season and earned Brett All-League Second Team honors. The honor was Brett’s second All-League selection of his career, having also been voted to the All-League Second Team in 2019 for Pittsburgh Riverhounds SC.

The Jamaican currently sits seventh all-time in the Championship with 62 goals in the regular season, while having also notched 20 assists, and has recorded 55 goals across the past four regular seasons at a scoring rate of a goal every 145.1 minutes.

“Neco is a proven goal scorer in the league, with the added ability to bring others into the game with clever decisions around the goal,” said New Mexico United Head Coach/Technical Director Zach Prince. “This ability makes our attack unpredictable and difficult for the opponent to defend.”

A native of Kingston, Jamaica, Brett began his playing career with Harbor View and Portmore United in the Jamaican Premier League before attending and playing college soccer at Robert Morris University. He was drafted in the Second Round (40th overall) of the 2016 Major League Soccer SuperDraft by the Portland Timbers.

Brett played two seasons for the Portland Timbers 2, recording seven goals in his rookie season, before making the move to Pittsburgh where he notched 28 regular-season goals across two seasons and produced the second four-goal game in USL Championship Playoffs history in the 2019 campaign. He then joined Legion FC and has recorded 27 goals in the past two seasons.