No Limitations, Only Opportunities: Rob Kiernan

After on-field disappointment, injury setbacks, Orange County’s center back helped lead his side to the top of the Championship 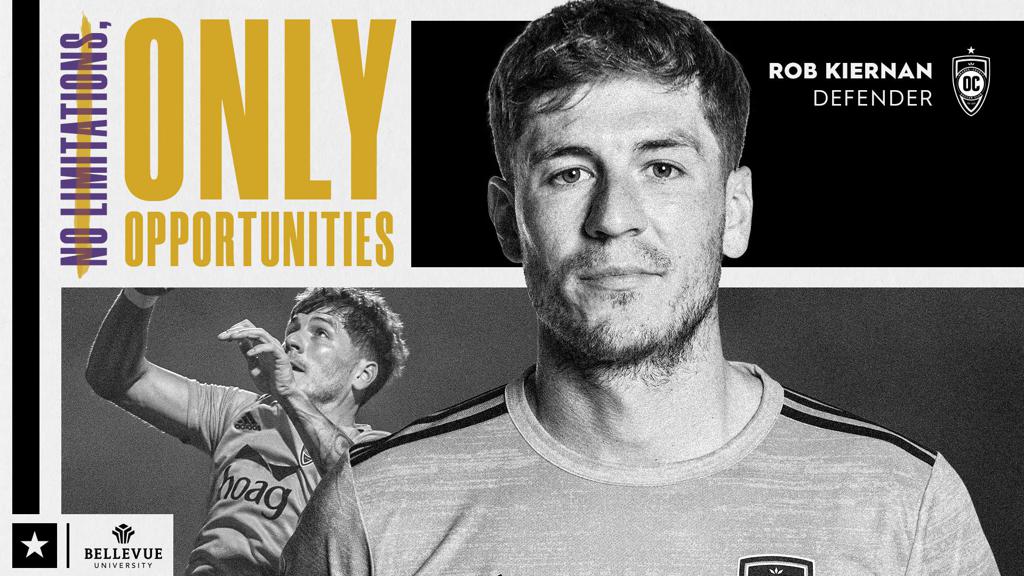 IRVINE, Calif. – As the final entered its last 15 minutes, Rob Kiernan and his teammates were closing in.

Starting for Rangers FC in the 2016 Scottish Cup Final, seeking the second piece of silverware for the historic club that campaign, the center back was in the middle of the action at historic Hamden Park against Hibernian before a crowd of more than 50,000 fans.

And then, like that, it slipped away. A pair of late goals by Hibs – including what proved to be the winner in a 3-2 victory for the Edinburgh club in stoppage time – saw Kiernan and his teammates left defeated.

“Disappointment and frustration,” Kiernan said recently. “That was a big, big stage to be playing on and obviously the expectations playing for someone like Rangers is evident for everyone to see around the world, so it wasn’t a good feeling, for sure, but it’s all part of the journey, I suppose, and part of the learning.”

The defeat aside, at 25 years old Kiernan was entering the start of what should have been his prime years as a player. Having helped Rangers regain its place in the Scottish Premiership for the 2016-17 season, he had established himself firmly in the professional ranks after spells at Watford FC and Wigan Athletic had seen him regularly loaned out to – as he described it – learn his trade.

Having left home as a 16-year-old to immerse himself in the professional game at Watford, his development was progressive, earning minutes where he could at clubs such as Kilmarnock in Scotland or in England’s lower divisions, including at Wycombe Wanderers and Bradford City. The same occurred as he moved to Wigan in 2011, with the experience he gained at the center of defense shaping him into the player he would become. 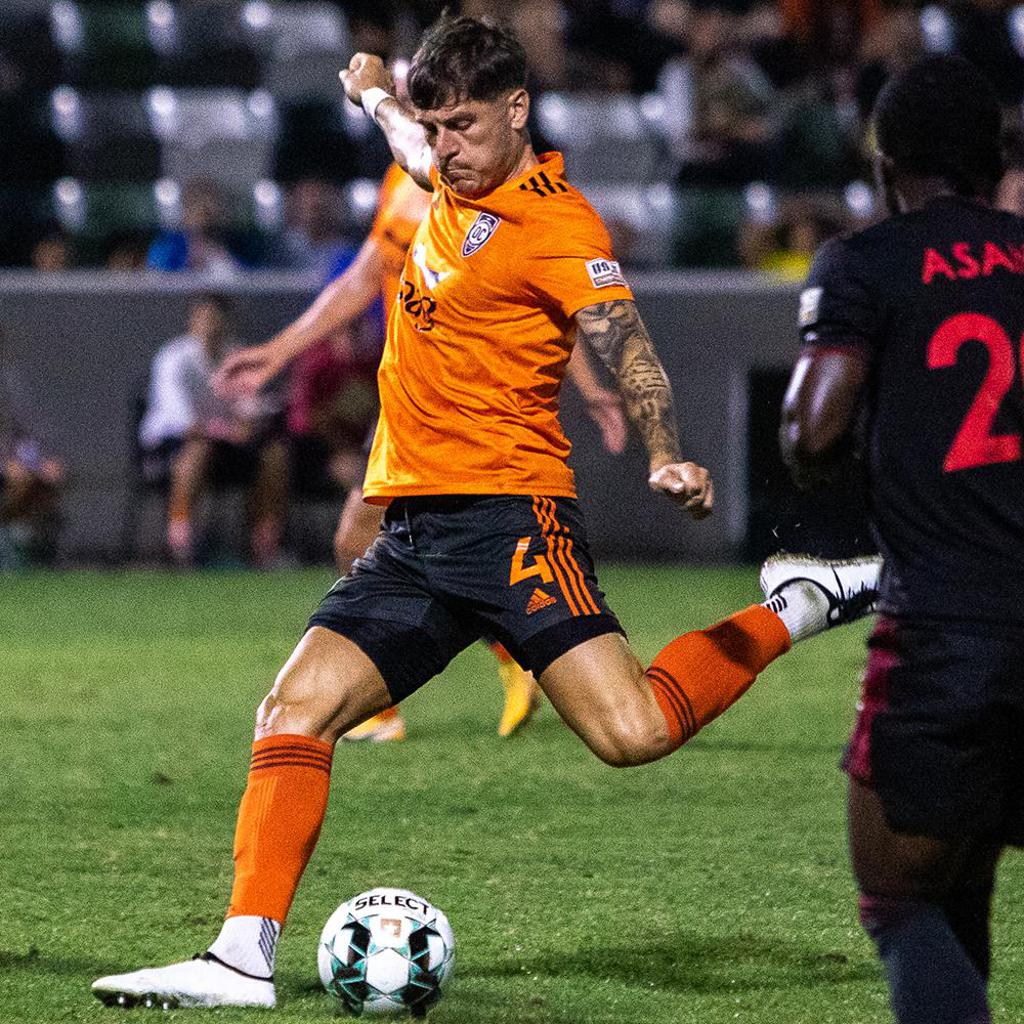 “I think being a center back it’s always difficult to find your place in a team where there’s always experienced players around you,” said Kiernan. “It’s something you can’t buy, you have to go out on loan, you have to go and learn your trade and play in stadiums. Goalkeepers as well, they’re in the same position, you don’t get thrown on with 10 minutes to go to try and close out the game, you’re a starter or you’re not and my position was I had to go out and get experience.

“When I got to Wigan to play in the EFL Championship, that was really when I found my feet, really found my level. I really enjoyed my time there, and then Birmingham was a great experience as well. I had a contract to stay there afterwards, and that was at the same time Rangers came knocking, and for me it was an opportunity I could never turn down.”

At Rangers, the big moments were bigger, the history greater than anywhere else he’d previously been.

“The first Old Firm game we played in would be one,” Kiernan said of his favorite memories in Glasgow. “Just playing at Ibrox every week is something that unless you’ve done it, you can’t really compare it to anything else. I’m very fortunate I got to experience that, four or five Old Firm games, and winning the Championship and other titles. It was an amazing experience, for sure, and something I look back on now with fond memories.”

While the blow of falling to Hibernian was deflating, what was to follow might have seen the career of other players come to an end. After a move to Southend – a club Kiernan had played for on loan previously in his career – before the 2017-18 season began, the start of an extended stay on the sideline began. A knee injury suffered only two games after his arrival required surgery, and that was followed by setbacks that left Kiernan unable to compete.

“I had my first knee surgery while I was at Southend,” he said. “Then we went through the rehab process, and then I had another operation again, and then the other knee had the same issue that had to get fixed.

“It was probably the darkest days of my career and life because it was my life. Every day I was giving everything I could to try and recover and heal and I wasn’t getting the results. I was in a very bad way. Looking back on that, it wasn’t an easy two years.”

After more than 500 days without seeing live league action, Kiernan’s return proved a triumph. Making only his third official appearance for the club in March 2019, he found the net in a 2-2 draw against Blackpool – “That was a great feeling,” said Kiernan.

Kiernan remained a regular for Southend in the months that followed, but as the club looked to cut its wage bill in early 2020 he was approached about a potential move across the Atlantic to join the USL Championship’s Orange County SC. Following discussions with OCSC’s Head Scout Peter Nugent, a deal was made to bring the now-veteran center back to California.

“The challenge for me was to apply my trade in a country that I’m very fond of,” said Kiernan, “With the climate that it offers and the lifestyle that it offers outside of football, it’s very attractive and appealing for a lot of English players. When I had that opportunity, I definitely took it.” 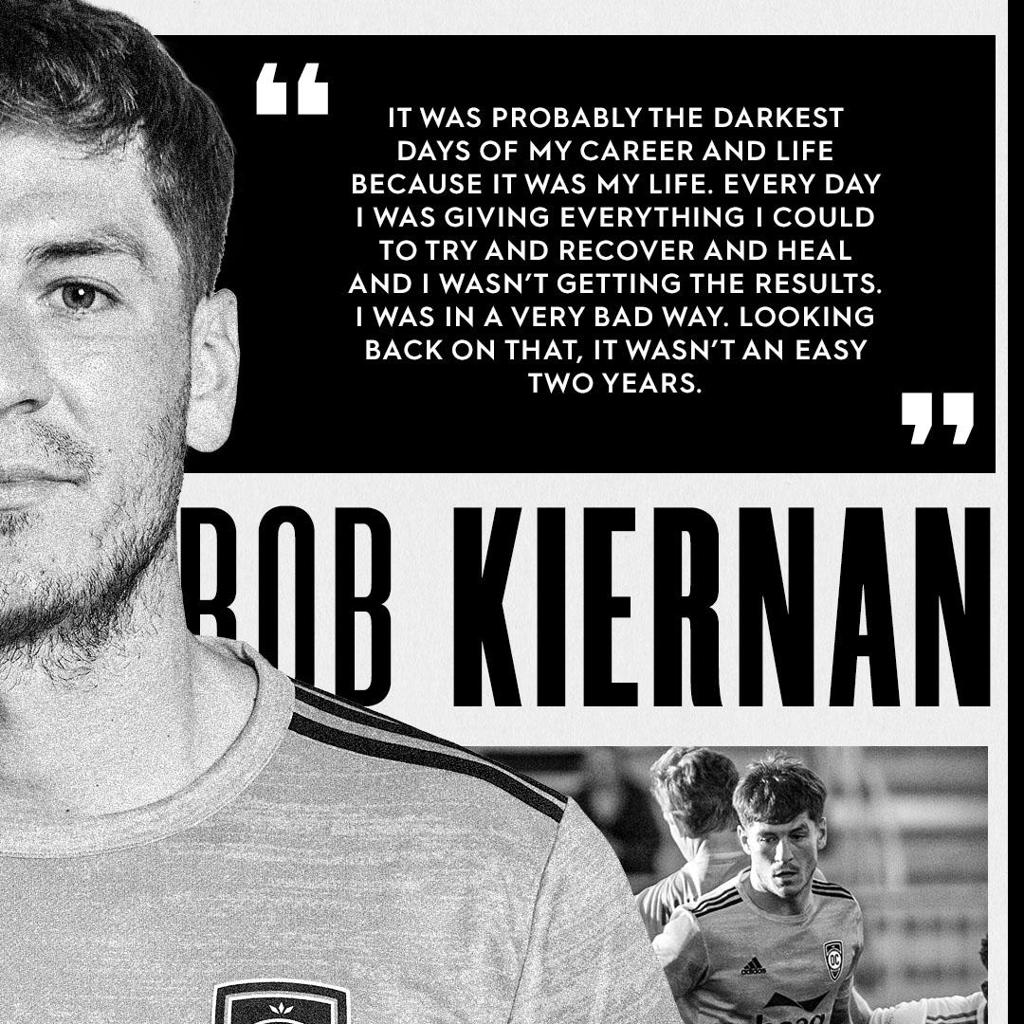 One game into his new journey, however, the suspension of the Championship season arrived due to the COVID-19 pandemic. It was an anxious time for most, but for Kiernan there was the added concern of what could happen should the season not resume.

“It was actually quite a scary time, because there were talks that the league potentially might cancel the season – in a sense – and would that then affect my visa in terms of my status in the country,” said Kiernan. “It was a difficult time as well because you come over here with aspirations of playing and winning and everything gets shut down, you wonder is there going to be a league and how does this affect me, how does this affect my status? It was a daunting few months, for sure.”

After the resumption of the 2020 season, Kiernan remained with Orange County this year and his qualities came to the fore. With 31 appearances across the regular season and playoffs, he ranked fourth on the team in minutes played and fifth in the league with 126 clearances in the regular season. An impressive all-around campaign saw him rank fourth among center backs in the regular season with a +6.53 Goals Added mark, while his performance proved one of the keys to Orange County claiming its first league title after 3-1 victory against the Tampa Bay Rowdies in the 2021 USL Championship Final in November.

Kiernan is now looking to continue his American journey. Currently in talks about a new deal with Orange County, the 30-year-old has gone from the player looking to build his experience as a young center back to the veteran helping guide the path for the young talent alongside him. The most prominent of those currently is 17-year-old center back Kobi Henry, who after making 19 appearances for Orange County this past season was this month called up to the U.S. Men’s National Team ahead of its contest on December 18 against Bosnia and Herzegovina.

“It’s a great feeling to be able to help nurture some of these players and help give them little one-percents each day that might eventually see them on a stage like I was a few years ago,” said Kiernan. “Kobi’s definitely got every attribute that he needs to go onto that next level and playing 15, 16 games this year as a 17-year-old center back is a great, great achievement, but also alongside that his attitude and his application is outstanding. He’s going to reap the rewards, I’m sure.” 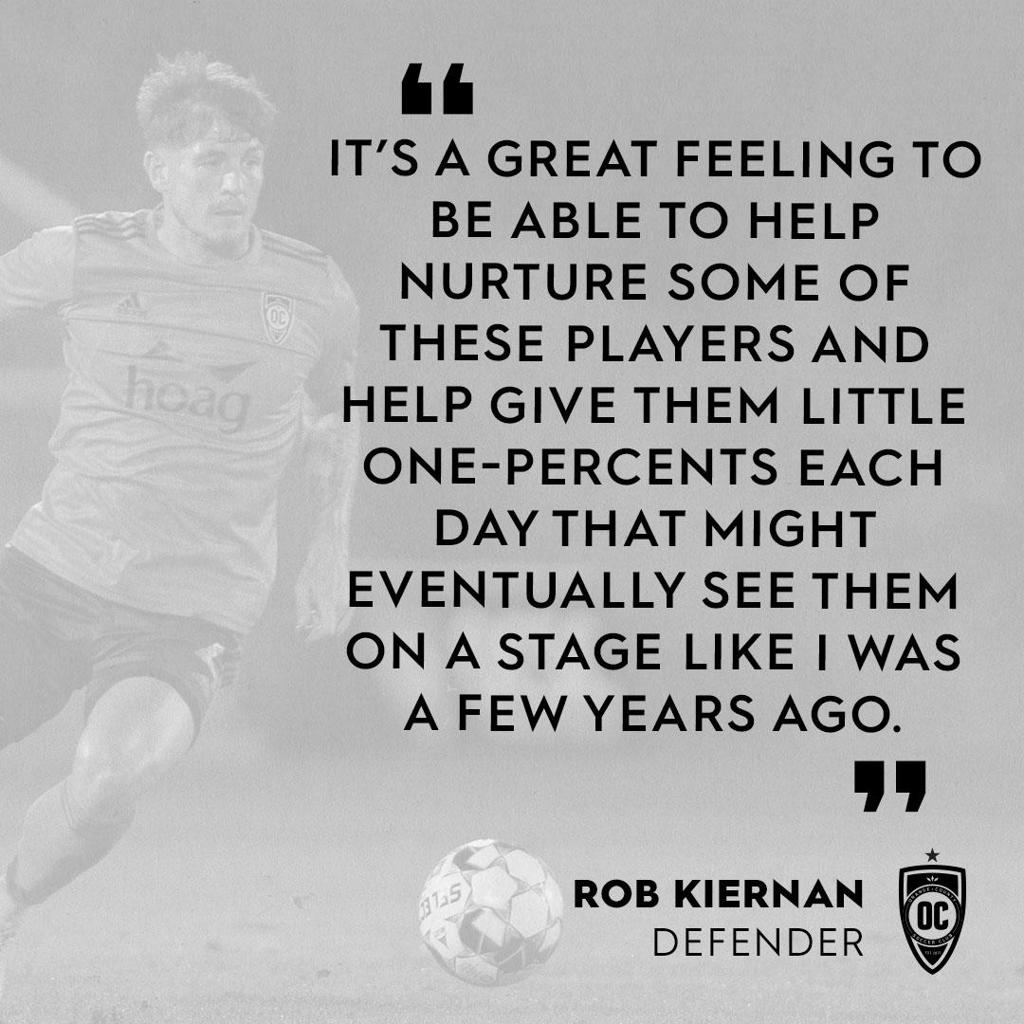 While the disappointment that comes from suffering defeat in the biggest moments might not make the successes that follow sweeter, Kiernan’s own path back to a champions medal is one worth loudly celebrating.

“It’s a great feeling, personally, and a great achievement for the club because that’s what they’ve been trying to reach for the past six, seven years,” said Kiernan. “Also, for the people involved, the staff behind the scenes, it’s a great feeling for them. It puts us on the map a little bit, its our first title, our first championship, and as players you go out there and try to win titles in your career and this is a nice one to have. It’s been a great experience.

“You go into every final to win, and obviously I’ve been on both sides of that. It wasn’t any sweeter because of that previous loss, but this is the game in front of us, this is what’s on the line and when the whistle goes it’s a massive relief and celebration time.”

The No Limitations, Only Opportunities series aims to spotlight members of the USL community who embody perseverance and belief in their potential. USL partner Bellevue University is committed to empowering motivated students to achieve their own personal dream.