Canadian had successful season on loan with club in 2021, earning club’s Newcomer of the Year award 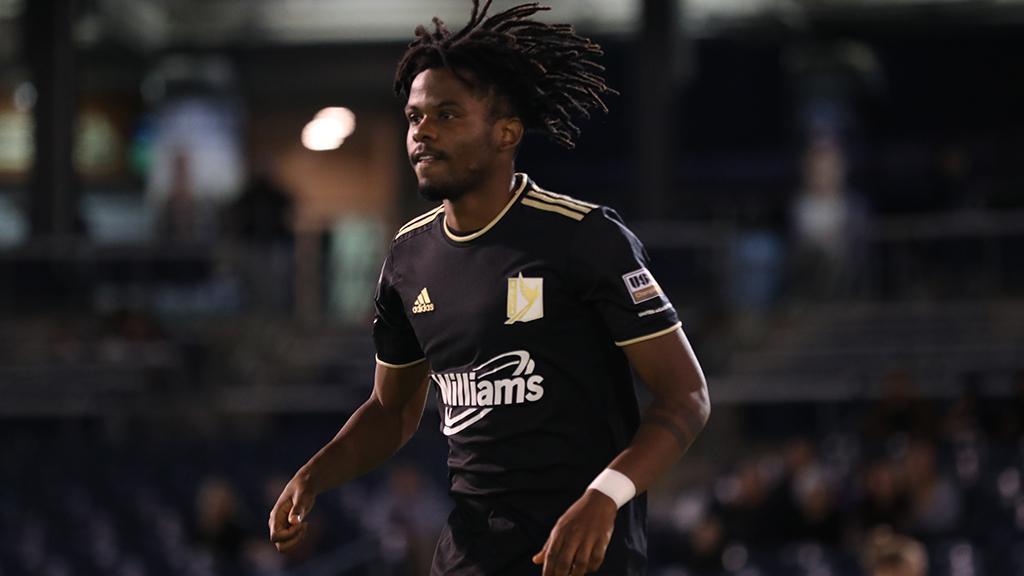 Midfielder Kembo Kibato made 30 appearances for FC Tulsa while on loan from Rio Grande Valley FC in the 2021 season and has now signed a new contract with the club for the 2022 season. | Photo courtesy FC Tulsa

TULSA, Okla. – FC Tulsa announced on Tuesday it had signed 21-year-old Canadian midfielder Kembo Kibato ahead of the 2022 USL Championship season, pending league and federation approval. Kibato spent a successful 2021 campaign on loan with the club from fellow Championship club Rio Grande Valley FC that saw him make 30 appearances and 16 starts, and now joins the team having signed a new contract.

“I’m really excited for another year working with Kembo,” said FC Tulsa Head Coach Michael Nsien. “Kembo has an amazing upside. This year, I’m expecting it to be a breakout for Kembo in terms of realizing his potential. He had some amazing moments last season, and I’m expecting him to have an amazing season this year.”

With several injuries to the Tulsa midfield throughout last season, Kibato proved to be a vital piece after coming over on a full season loan from the Toros. The Toronto native earned the team’s Newcomer of the Year award as he served as a box-to-box midfielder and recorded two goals and one assist in his second full season as a professional while playing nearly 1,500 minutes.

Both goals from Kibato came in front of the home fans at ONEOK Field in two of the club’s biggest wins last season. He opened his Tulsa account with a headed goal following a line-breaking run in what ultimately became a 3-2 victory over Louisville City FC. Less than a month later, Kibato put the capper on a late break away in stoppage time to stamp a 3-1 win over Birmingham Legion FC.

“Last year was a great experience,” said Kibato. “I loved Tulsa, the team and the amazing fans. I’m grateful to be back, and I’m ready for more. Let’s get this city the Championship.”