Local stadium made 29 appearances in first season at club, now signed through 2023 campaign 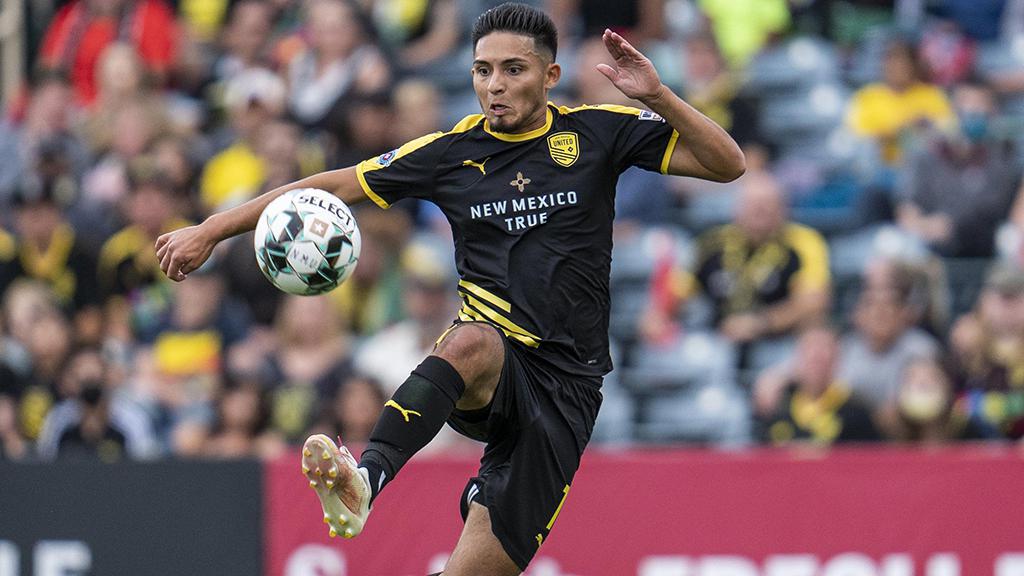 ALBUQUERQUE, N.M. – New Mexico United announced on Saturday it had signed local standout Sergio Rivas to a multi-year contract extension. The deal sees the Cibola High School graduate locked in through at least the end of the 2023 USL Championship season after a stellar first campaign with the club. The transaction is pending league and federation approval.

Rivas was born in Chihuahua, Mexico, grew up in Albuquerque, and in his first season with United made 29 appearances and recorded five goals, three assists and 25 chances created. Rivas’ five goals were tied for second-most for the club in the 2021 season, and the 24-year-old also completed 904 of 1,135 passes for a passing accuracy rate of 79.7 percent.

A former standout at the University of Seattle, where he was voted to the All-Western Athletic Conference First Team in 2016 and 2018, Rivas was selected 26th overall by the San Jose Earthquakes in the 2019 Major League Soccer SuperDraft. He subsequently signed with Reno 1868 FC and began his professional career in the USL Championship, making 32 appearances across two seasons while helping Reno claim the best record in the Championship in the abbreviated 2020 season.

Overall, Rivas has made 58 regular-season appearances in the Championship for his career, recording nine goals, seven assists and 58 chances created in 1,751 minutes of action.