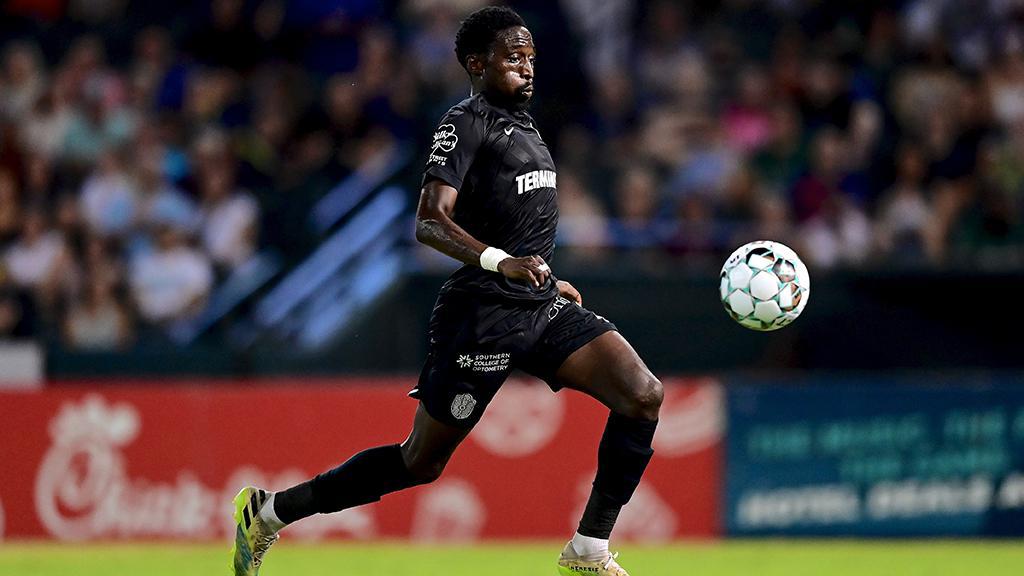 Mark Segbers has joined Miami FC for the 2022 USL Championship season after this past campaign being voted to the All-League Second Team. | Photo courtesy Eric Glemser / Memphis 901 FC

MIAMI – The Miami FC announced on Thursday it had signed right back Mark Segbers, pending league and federation approval. Segbers joins Miami having been voted to the 2021 USL Championship All-League Second Team this past season at Memphis 901 FC.

Originally from St. Louis, Mo., Segbers spent his last two seasons with Memphis, while also briefly joining Major League Soccer’s Los Angeles FC on loan late in the 2020 season. While in Memphis, Segbers played in 41 league matches where he notched three goals and added six assists. Although he is primarily a right back, Segbers has been seen playing on both sides of the pitch and is known for being able to reach the offensive third and create dangerous scoring chances.

“Mark was a stand-out player in USL Championship this past season,” said Miami Head Coach Anthony Pulis. “He is a very dynamic, modern-day right back that provides good quality in possession and consistently produces end products in the attacking third. Also having a player with his ability to transition effectively between attacking and defending moments will be key for us this year.”

Prior to joining Memphis, Segbers spent the 2019 season with Sporting KC II appearing in 30 matches, while scoring one goal and picking up two assists.

“I'm extremely happy to be joining Miami FC for the 2022 season,” said Segbers. “I’m excited to continue the winning tradition this club has had and help bring a championship to the 305. I am wishing my new Miami FC family a safe and happy holidays. Vamos Miami!”

The right back was originally drafted ninth overall by the New England Revolution in the 2018 MLS SuperDraft. After spending preseason in New England, he would be loaned out to USL Championship’s Orange County SC. During his rookie season, Segbers playing in 20 matches, while adding two goals and four assists to his name. He also appeared in one Lamar Hunt U.S. Open Cup match for New England, playing in 90 minutes in its Fourth-Round match against Louisville City FC.

Segbers was a four-year starter at University of Wisconsin from 2014 to 2017, while also being named to All-Big Ten Second Team as sophomore and senior. During his collegiate career, he made 77 appearances, scoring 16 goals and adding 22 assists.