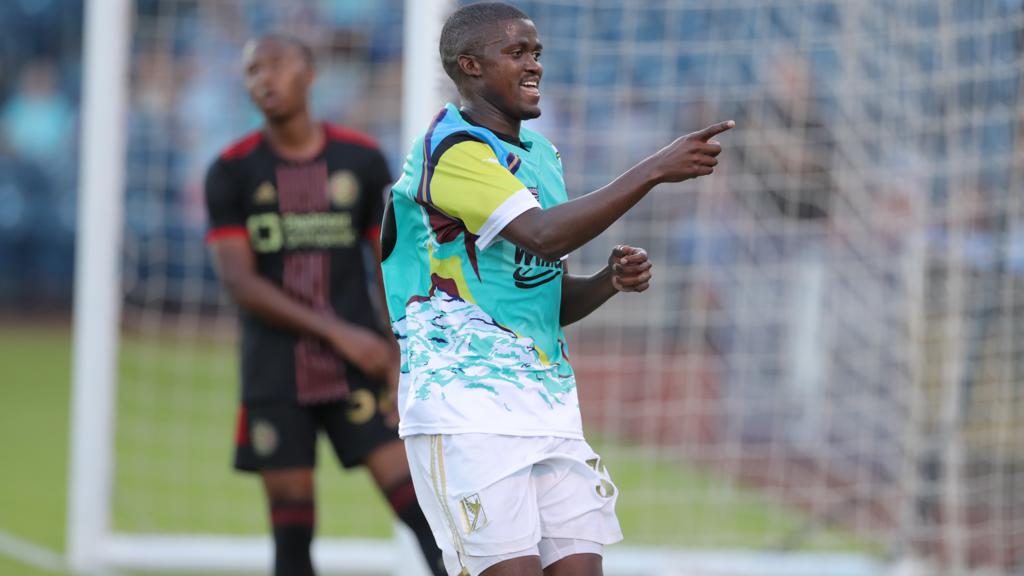 South African playmaker Lebo Moloto will return for his third season at FC Tulsa in 2022 after signing a new multi-year contract with the club. | Photo courtesy FC Tulsa

TULSA, Okla. – FC Tulsa announced on Thursday it had signed midfielder Lebo Moloto to a new multi-year contract extension, retaining one of the USL Championship’s most prolific attacking players for his third season at the club. The transaction is pending league and federation approval.

Regarded as one the best facilitators in the USL Championship, Moloto is coming off a 2021 campaign that saw the South African register three assists and score two crucial goals, both of which came on August 28 against Atlanta United 2 that fueled a franchise-high five-match winning streak through the summer.

“Lebo is one of the best passers in the USL,” said Tulsa Head Coach Michael Nsien. “Lebo’s ability to both help us build out and finish attacks makes him very unique and important to all phases of the game for us.”

Moloto’s ability to both set up teammates to score as well as finish himself has landed him in elite company. He needs only one more goal to reach 30 goals and 30 assists in his USL Championship career, which would make him only the eighth player in league history to reach the milestone.

Only a handful of players have amassed more than 150 USL Championships appearances over their careers, and Moloto’s 185 appearances includes him in such company, nine of which have come in the Playoffs. Four of his playoff appearances came in 2017 with Sporting Kansas City II, where Moloto reached the USL Championship Final.

“My family and I are excited to be staying in Tulsa for a few more years,” said Moloto. “From a playing standpoint, I am grateful for the opportunity given to me by the organization. I am looking forward to continuing to represent the city of Tulsa and bringing the championship where it belongs.”