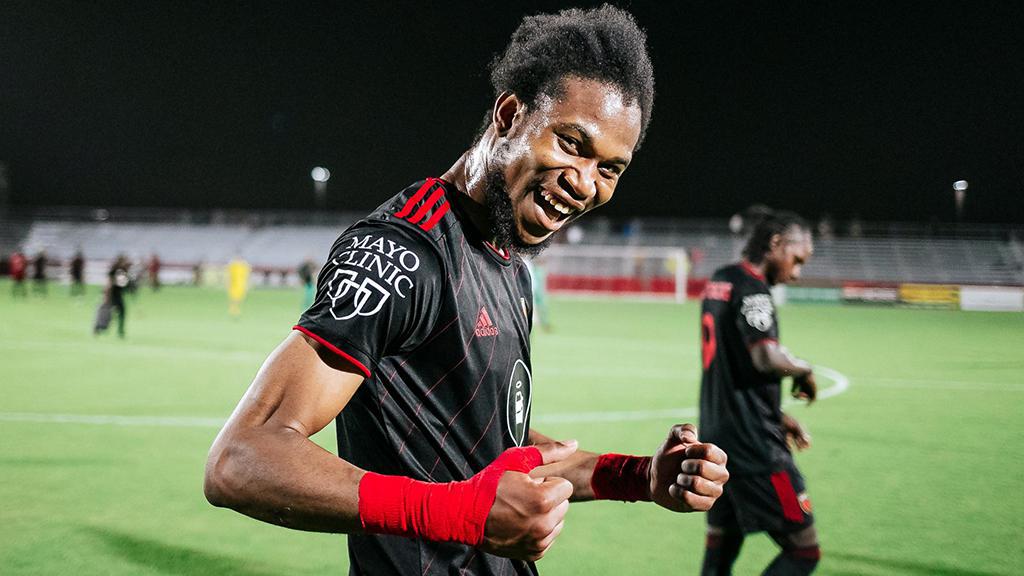 Lambert has appeared in 118 matches across all competitions for Rising FC since 2017. The Jamaican has scored 11 goals and added another eight assists in those matches and has led Phoenix in several defensive categories each season.

One of the top defensive midfielders in the league, Lambert ranked second in duels won during the 2021 USL Championship’s regular season with 238. He was one of only eight players to surpass 200 duels won in the league overall. Lambert led Phoenix in tackles won (59) and duels won (118) in 2018 as a 21-year-old and has improved those numbers each season.

The 24-year-old has led the team in interceptions since 2019, recording a total of 185 since joining the club on August 10, 2017. Lambert is also tied for fifth in the Championship in tackles won since the start of the 2017 season with 183 at a success rate of 69.9 percent.

Prior to joining Phoenix, Lambert appeared in 12 matches with Jamaican side Montego Bay United in 2016-17. He was on trial at West Ham United ahead of the 2016-17 English Premier League season. Lambert has been capped 13 times by the Jamaican National Team.