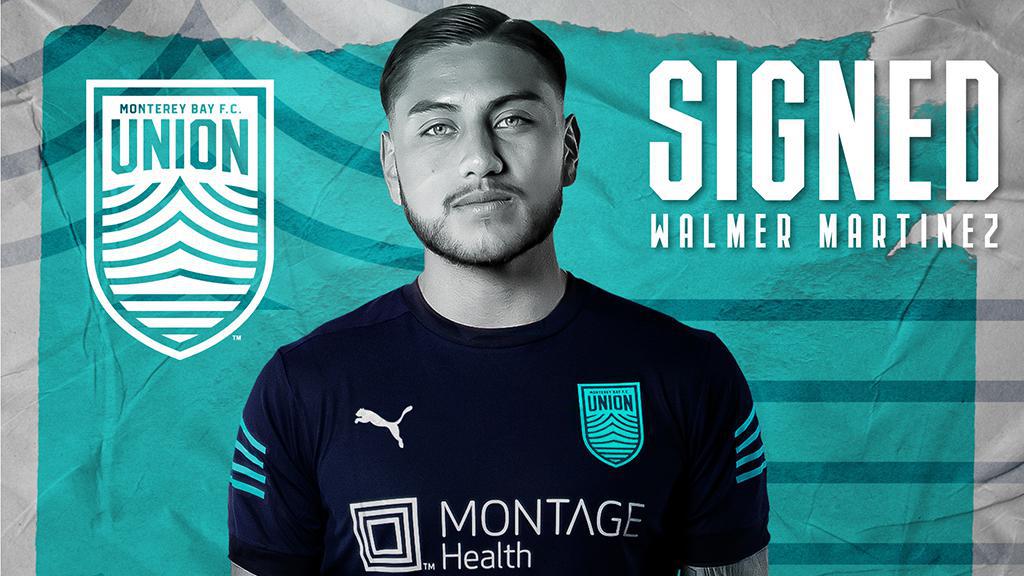 Santa Cruz native and former CSU Monterey Bay standout Walmer Martinez has been unveiled as the first official signing in Monterey Bay F.C. history as the club prepares for the 2022 USL Championship season.

Monterey Bay Football Club (Monterey Bay F.C.) announced on Wednesday the club had signed the Santa Cruz native as its first player signing as the club prepares for its inaugural season in the USL Championship in 2022.

The El Salvador international was acquired via transfer by Monterey Bay F.C. from fellow USL Championship club Hartford Athletic after playing his first season in the league in 2021.

Martinez’s move will see him return to the campus of California State University Monterey Bay (CSUMB) where he finished his successful collegiate career for the Otters in 2019. Martinez is now set to take advantage of his familiarity with the region as he steps to onto the pitch of the newly renovated, Cardinale Stadium in MBFC’s first campaign this spring.

“We are incredibly excited to bring Walmer back home to Monterey Bay for our inaugural season. His experience with both the El Salvador National Team and within the USL Championship will play an integral part of laying the foundation of our club,” said Monterey Bay F.C. President Mike DiGiulio. “Walmer’s homecoming signifies the beginning of the Union as we continue to bring athletes here to make Monterey Bay their home.”

“Walmer is a very talented young athlete and I’m very excited to begin working with him.”

A first-generation El Salvadorian born and graduate of Soquel High School, Martinez began his impressive collegiate soccer career at Cabrillo College where as a sophomore he started in all 19 matches and led the Seahawks with 15 goals and five assists. He then transferred to CSUMB where he finished second all-time in assists (16) and fifth all-time in goals (17). In his senior year alone, Martinez claimed the second-best attacking season in CSUMB Men’s Soccer history, recording 13 goals and 33 points.

After he graduated from CSUMB in 2019, he was invited to Hartford’s Invitation Combine in early 2021 where he earned his first professional contract with the club during preseason training. While at Hartford, Martinez was named to the USL Championship Team of the Week in the final week of the regular season for his performance against the Charleston Battery where he scored both goals in a 2-0 victory and completed 22 of 26 passes during the match. 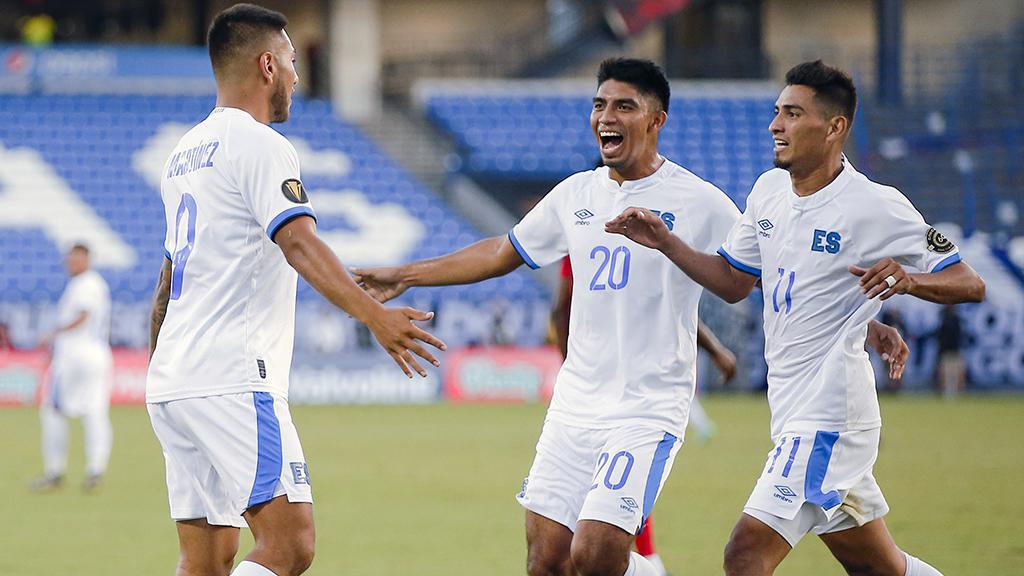 The first signing in Monterey Bay F.C. history, Walmer Martinez (left) has made 16 appearances for El Salvador and scored at the 2021 Concacaf Gold Cup as the country advance to the Quarterfinals of the tournament this past summer.

Following his signing with Hartford, Martinez was selected by the El Salvador Men’s National Team for FIFA 2022 World Cup Qualifying during the summer. On June 5, 2021, Martinez made his debut for the country in a 7-0 win against the U.S. Virgin Islands. He scored his first goal for El Salvador three days later in a 3-0 victory against Antigua and Barbuda and has gone on to make 16 appearances for the side while recording two goals in the past year.

Martinez was selected for the El Salvador squad to play at the 2021 Concacaf Gold Cup and has also seen action in the final stage of FIFA 2022 World Cup Qualifying, competing against the United States, Mexico and Canada.

“I’m so thrilled that Walmer has this opportunity to come home and continue his professional soccer journey. And I’m thankful that Monterey Bay F.C. continues to demonstrate such a strong commitment to our local area,” said CSUMB Athletic Director Kirby Garry. “Walmer’s story is a shining example of CSUMB acting on our vision and mission of serving the success of local students.”

“There is nothing better than playing for a community who has seen me grow and develop; I’m glad to be coming home,” said Martinez. “I grew up playing soccer all throughout these local communities, they’ve seen my journey and followed my stages from playing as a young boy to playing in stadiums filled with thousands of fans. It’s the most amazing feeling to know that everyone who has followed and supported me will now be able to watch me play on my home turf for Monterey Bay F.C.”