Colorado Springs Adds to Attack with Arrival of Elvis Amoh 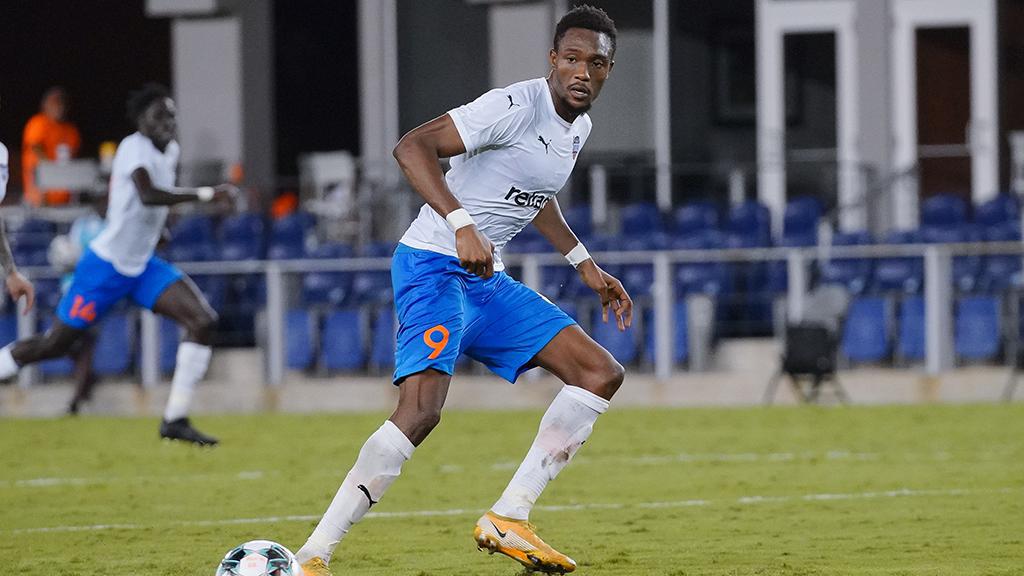 “First I want to thank God for the opportunity and to everyone who has helped me throughout this journey,” said Amoh. “I also want to say a big thank you to RGV. I am grateful to them for everything. I am excited to start this new journey with the Switchbacks. This is my new home now and I pray for more great memories here.”

A Ghanian native, Amoh has played both internationally as well as in the United States. Amoh began his professional career with Asante Kotoko SC of the Ghanaian Premier League in 2015 and after a year with the West African Football Academy, he rejoined Asante Kotoko SC once again in 2018. In 2017 Amoh also played for Capital City FC of the Canadian Soccer League.

In 2019, Amoh arrived in the USL Championship with Loudon United FC. In his two seasons with the franchise, he tallied eight goals and had 16 shots on target, posting a conversion rate of 18.3% across the two seasons. In 2021, he moved to Rio Grande Valley FC, where he scored 13 goals in 22 games, with a 34.2% conversion rate that saw him lead the Toros in goals as they reached the Western Conference Semifinals of the 2021 USL Championship Playoffs, presented by TwinSpires.

“Elvis was a top performer in our conference last year and dangerous in a number of different ways as his goals record showed,” said Switchbacks Head Coach Brendan Burke. “Adding a player with his size, pace and technical ability will give us a dimension that we didn’t really have last year. We are delighted to be adding another humble, bright and hungry player to our group for ‘22.”