Judd, Drack among players to have contract options exercised after strong first seasons 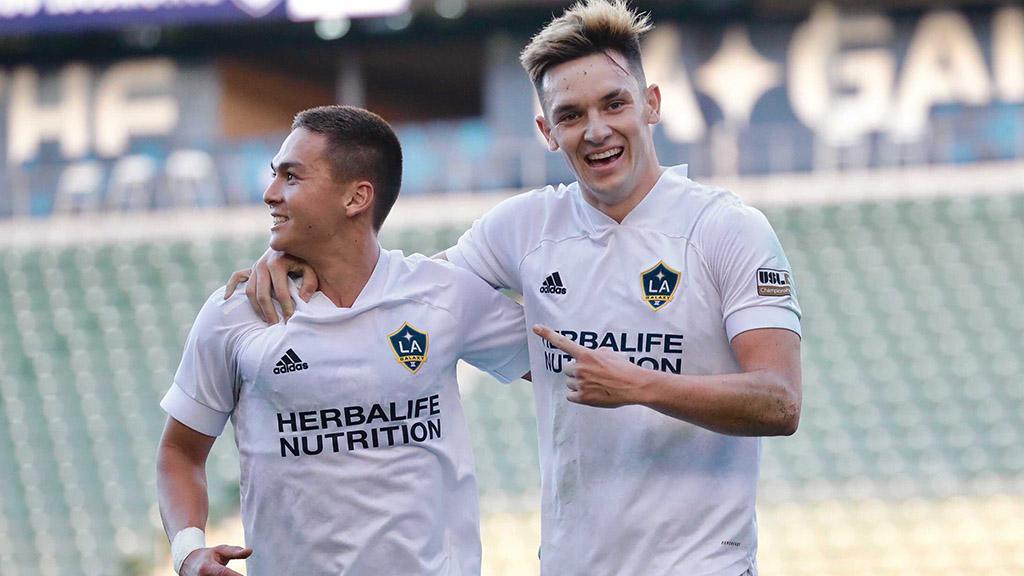 Josh Drack (left) and Preston Judd (right) are both set to return for the LA Galaxy II in the 2022 USL Championship season after Drack led the side with nine assists and Judd recorded 17 goals this past season. | Photo courtesy LA Galaxy II

CARSON, Calif. – The LA Galaxy II on Friday announced the club’s initial roster moves for the 2022 USL Championship season, with leading scorer Preston Judd and defender Josh Drack among the players under contract for the new campaign.

Both Judd – who ranked sixth in the Championship with 17 goals in the 2021 season – and Drack – who led the side with nine assists, tied for fifth in the league – were joined by goalkeeper Alan Solorio and midfielders Taylor Davila, Essengue, Adrian Gonzalez in having their contract options exercised.

Los Dos’ standout playmaker Jorge Hernandez – who led the Championship with 91 chances created and recorded 12 goals and six assists to earn Championship All-League First Team honors – is out of contract but remains in discussions with the Galaxy II regarding his return for the 2022 season.

The club also announced it had declined contract options on Miguel Avalos and Isaac Bawa, while the trio of Mauricio Cuevas, Gerson Chavez and Jesus Vazquez are out of contract and will not return to Galaxy II for the 2022 campaign.