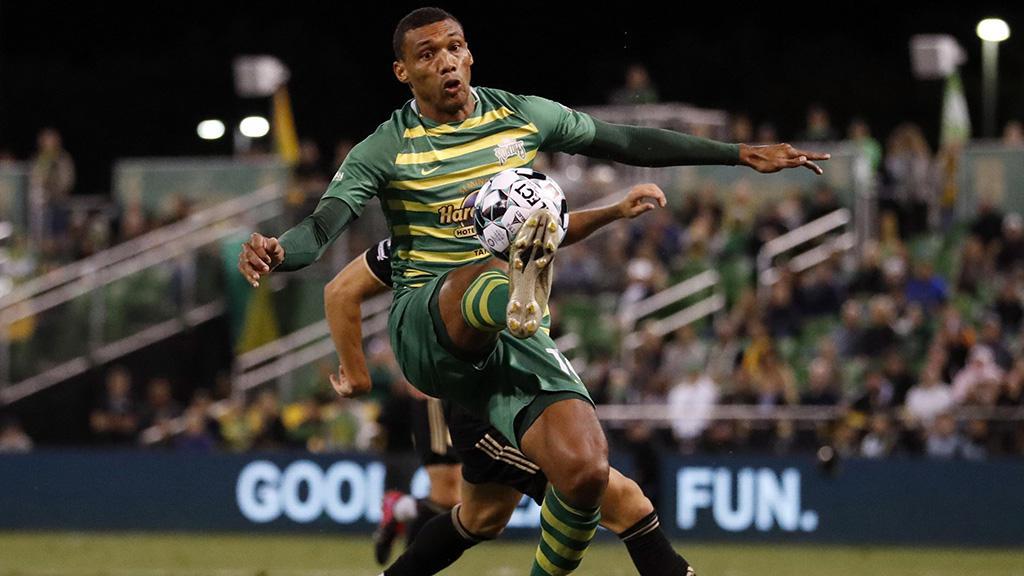 ST. PETERSBURG, Fla. – The Tampa Bay Rowdies announced their first roster moves of the offseason on Friday as the club prepares to defend its USL Championship Eastern Conference title in the 2022 season. Nine players are set to return, with the club having exercised contract options on defender Jordan Scarlett, midfielder Sebastian Dalgaard and forward Steevan Dos Santos and Jordan Adebayo-Smith.

“Over the past two years a big part of our success has been being able to retain the core of our squad and we aim to do the same again,” said Collins. “All of these players played a key part on and off the field last year and are returning in 2022 as I believe they are as hungry as ever to improve and make the team better. Our squad has a great balance of younger and more experienced players, and this group of guys shows that.

“Players like Conner and Dayonn showed fantastic improvement last season and will continue to get better. Players like Yann and Lucky, while at a different stage in their careers, also continue to improve and make the team better.”

Dos Santos returns having made a substantial impact in his first season in Tampa Bay as he recorded 12 goals in 23 appearances despite missing segments of the season due to injury. The Cape Verde forward scored the game-winning goal in extra time during the Rowdies’ 3-2 victory against Louisville City FC in the Eastern Conference Final in November. Mkosana and Adebayo-Smith, meanwhile, each recorded four goals in the campaign, with Mkosana continuing to prove a key weapon off the bench for the side.

The Rowdies also announced the club had declined contract options on goalkeeper Ian McGrane and midfielder Luiz Fernando, while goalkeeper Evan Louro, defender Max Lachowecki and midfielders Jordan Doherty and Zach Steinberger were out of contract and not set to return.

“On behalf of the Tampa Bay Rowdies, I want to thank every one of the players departing for their dedication to our club and our supporters,” said Rowdies President Lee Cohen. “We have been fortunate to have players of such high character represent the Rowdies, and each of them contributed to a season of Rowdies soccer that no one within our organization or any of our supporters will forget anytime soon.”

Steinberger, Doherty, and Lachowecki have all played integral parts in helping the Rowdies to reach new heights over the last few seasons through their contributions both on the field and in the locker room.

“Zach, Max, and Jordan have been fantastic servants to the club and played a key role in improving standards on and off the field,” said Collins. “Their impact cannot be understated and they will always be welcome at Al Lang Stadium.”

In just two seasons, Louro established himself as one of the best in club history to mind the net for the Rowdies. He leaves Tampa Bay having recorded 23 clean sheets in 53 appearances, the second-highest shutout tally in the history of the club, and having this season earned the Championship’s Goalkeeper of the Year award. Sadly, Louro’s 2021 season was cut one match short due to a knee injury which eliminated him from the USL Championship Final.

“No one on our team deserved for the season to end the way it did, but Evan in particular did not,” said Collins. “His desire and winning mentality has been an inspiration over the past two years. If anyone can recover from this injury, it will be Evan.”