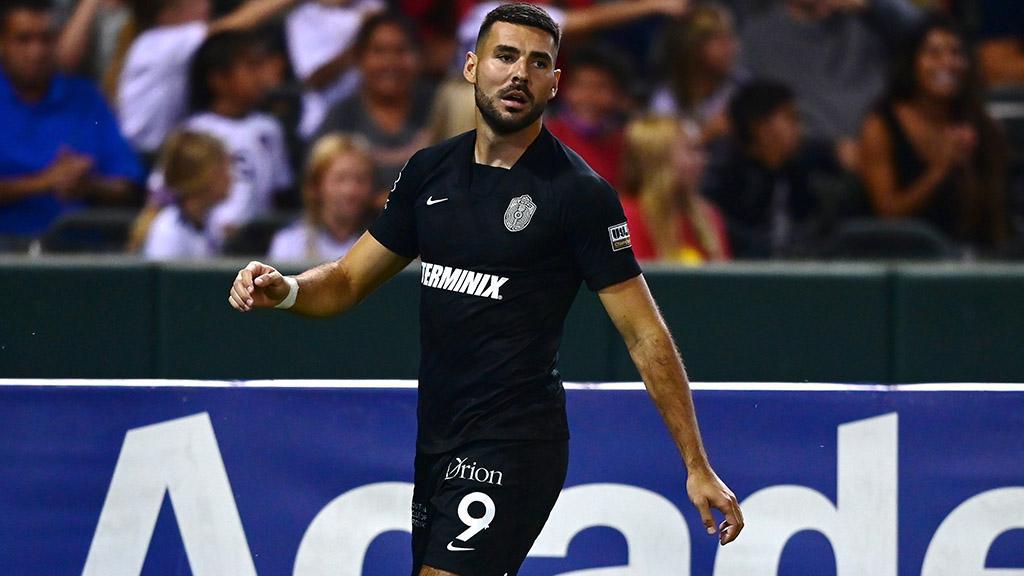 MIAMI – The Miami FC announced on Wednesday it had signed 2021 Championship All-League selection Kyle Murphy, pending league and federation approval. Murphy joins the club after a standout season in which he played a key role in leading Memphis 901 FC to the 2021 USL Championship Playoffs.

“Kyle fills a void in the squad that was a huge priority when I took over,” said Miami Head Coach Anthony Pulis. “I’m really pleased we’ve convinced him to join us. His ability to score different types of goals, his movements to get in behind and unbalance back lines, along with his physical capacity to press and work from the front all adds up to make it a top signing for our club. Off the pitch he’s a top-class person which adds huge value to the culture we are building here at Miami FC.”

Murphy is coming off a career-best season in Memphis that saw him record 21 goals and two assists in 32 appearances across the regular season and playoffs. He was named to the Championship’s All-League Second Team after averaging a goal every 106 minutes on a shot conversion rate of 28.6 percent, and accounting for 41.6 percent of his club’s regular season goals.

“I am really excited to be joining Miami FC ahead of the upcoming season,” said Murphy. “The club has big ambitions and a culture that I am very happy to be a part of. I’m really looking forward to getting started down in the 305, while working with the players, staff, and getting to know the Miami-Dade community.”

Prior to joining Memphis, Murphy spent the 2020 season with the Tampa Bay Rowdies, where he featured in 15 league matches while also earning a USL Eastern Conference Championship. Originally from Red Hook, New York, Murphy joined the Rowdies after an excellent 2019 season with Loudoun United FC. His 13 goals in 29 matches were a career-high for the striker until his prolific 2021 campaign.

Prior to Loudoun, he spent one season with San Antonio FC and two seasons with Rio Grande Valley FC. In total, Murphy has played six seasons in USL Championship, amassing 46 goals in 148 league appearances across the regular season and playoffs. At a collegiate level, Murphy played for the Clemson Tigers between 2011 and 2015, while reaching the NCAA National Championship game in his final season.