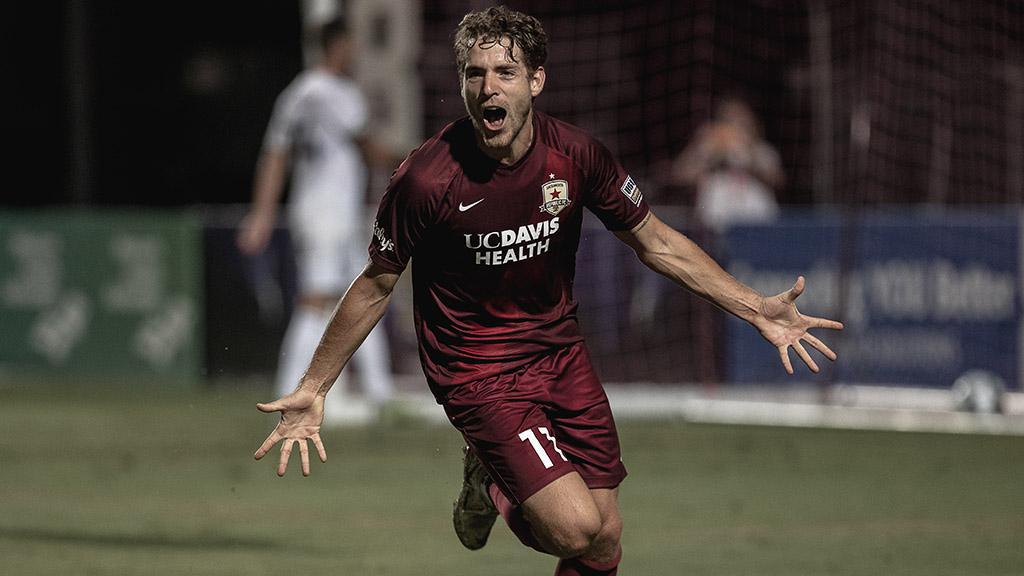 SACRAMENTO, Calif. — Sacramento Republic FC announced on Tuesday it had signed Emil Cuello, bringing the midfielder on board for the 2022 USL Championship season after his time at the club on loan during the 2021 campaign from San Antonio FC. The signing is pending league and federation approval and per club policy, the terms of the contract were not disclosed.

Cuello joined Republic FC on loan from San Antonio in August after signing with the Texas club during the prior offseason. His attacking style of play bolstered Sacramento’s front line as he recorded 19 chances created while tallying one goal and two assists in 14 appearances.

“Emil is a dynamic attacking player,” said Republic FC President and General Manager Todd Dunivant. “He showed glimpses of his ability during his loan stint, and we believe he has a lot more to offer.”

Cuello made his debut for Republic FC against San Diego Loyal SC on August 28, logging three shots in 45 minutes. He quickly became a regular in the starting lineup, starting all-but two contests after September 1. He netted the game-winning goal against Tacoma Defiance on October 2, his lone tally with Republic FC, and finished the season with two assists while posting a passing accuracy rate of 73 percent.

Prior to 2021, Cuello competed for Major League Soccer’s LA Galaxy after being selected 19th overall in the 2019 MLS SuperDraft. He started the 2019 season with USL Championship side LA Galaxy II, before earning a call up to the MLS squad and making four starts across 24 appearances in 2019 and 2020. He signed with San Antonio FC ahead of the 2021 season, where he added two goals and three assists in 16 appearances before being acquired by Sacramento.