Midfielder ranked second in minutes, appearances for side during 2021 Championship season 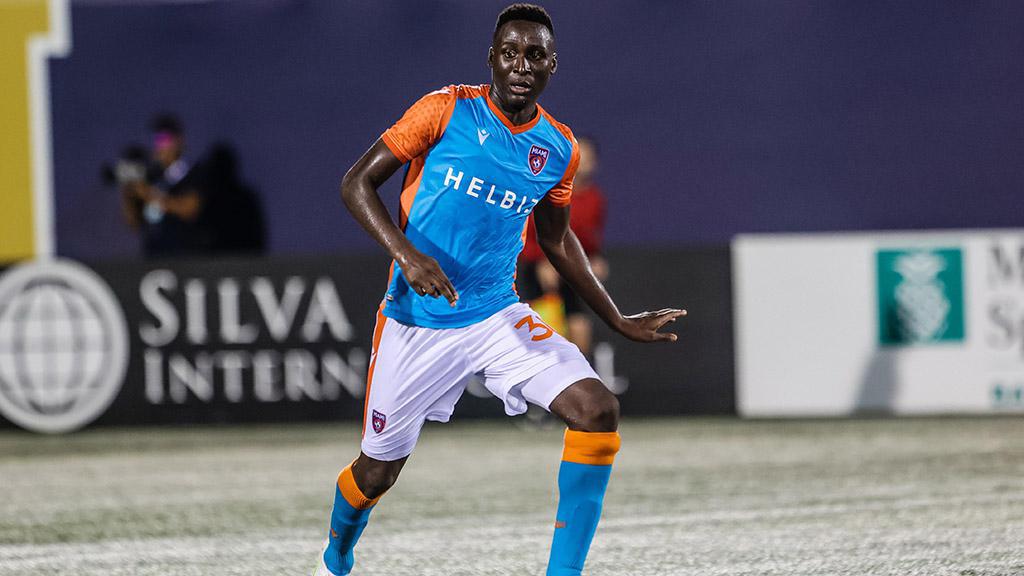 Miami FC midfielder Bolu Akinyode led the USL Championship with 88 tackles won in the 2021 regular season as he prepares to return to the club for the new season. | Photo courtesy Orovio Photography / Miami FC

MIAMI – The Miami FC announced on Monday it had signed midfielder Bolu Akinyode to a contract extension, pending league and federation approval. Akinyode joined Miami FC ahead of the 2021 USL Championship season and has been a focal point of the club’s midfield third.

“We’re delighted to re-sign Bolu,” said Miami Head Coach Anthony Pulis. “Having someone with his experience and leadership qualities will be invaluable for the group this season. He’s a player within the league I’ve always admired from afar and I’m really looking forward to working with him this upcoming season.”

Originally from Lagos, Nigeria, Akinyode finished second on the team in minutes played (2,803) and matches played (32) in 2021. The 27-year-old led the Championship with 88 successful tackles in the 2021 regular season at a success rate of 72.1 percent, while also ranking third among outfield players in the league with 251 recoveries and eighth in duels won with 214.

Akinyode also ranked sixth in the league with 1,382 completed passes at an accuracy rate of 88.3 percent, and his all-around play saw him rank fourth in Miami’s squad with a +5.05 Goals Added mark according to American Soccer Analysis.

“I’m extremely happy to be returning to Miami FC,” said Akinyode. “This is a great club with tremendous ambition. The club welcomed me with open arms right from the start which I am extremely grateful for. We also have a strong core group of players returning as well. We feel we have unfinished business, which makes us hungry and very excited for the 2022 USL Championship season.”

After a successful rookie year at Red Bulls II, he signed with the Philadelphia Union II where he would appear in 26 league matches. His performances led him to get picked up by North Carolina FC in 2017.

Akinyode’s talent caught the eyes of Nashville SC in 2018, signing him in their inaugural USL Championship Season. In his two seasons in Nashville, the Nigerian was one of the bright spots on Nashville’s roster, playing in 64 league and five Lamar Hunt U.S. Open Cup matches. He was consistently selected in the starting eleven, while being in the top five in minutes played for the club in both seasons.

Overall, Akinyode has made 154 regular-season appearances in the Championship in his career, logging 11,760 minutes of action while leading the league with 241 tackles won since the start of the 2017 season.