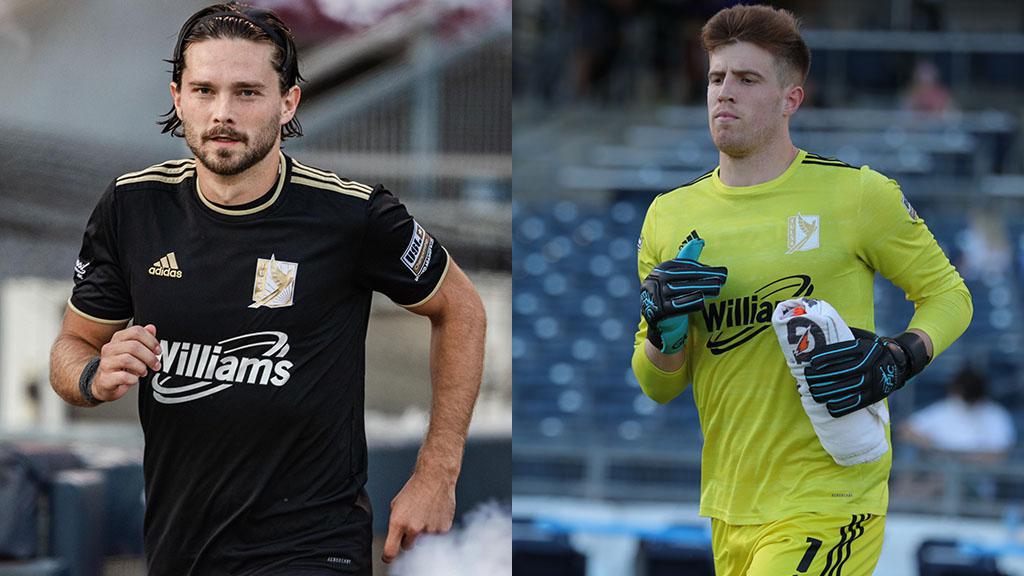 Midfielder Eric Bird and goalkeeper Sean Lewis are both set to return to FC Tulsa for the 2022 season.

TULSA, Okla. – Two of FC Tulsa’s key pieces from its past two season will return to the club in 2022 with midfielder Eric Bird and goalkeeper Sean Lewis having signed multi-year deals last offseason. While both players fought injuries throughout 2021 that caused each to miss matches, both are set to be critical pieces of FC Tulsa’s spine in the center of the pitch as the club looks to reach the USL Championship Playoffs for a third consecutive campaign.

Over the past two seasons, Bird has been the pivot man in Tulsa’s central midfield, making 39 appearances for the club. One of the best ball-winners in the league, Bird tied for 12th in the league this past season with 43 tackles won while also recording 180 recoveries and 43 interceptions in 24 appearances.

Even while missing a quarter of the 2021 season, Bird led FC Tulsa in tackles and tackles won and finished fourth in interceptions. He took home the club’s Community Man of the Year award at the end of the season for his work around Tulsa.

Lewis logged a career season in 2020 with FC Tulsa, winning Team MVP and posting a career-best save pct. of 78.5%. Over the last two seasons, Lewis has posted seven clean sheets in 32 appearances, while his 21 wins in net since the start of 2019 are the most for any goalkeeper in franchise history.

In 2021, the Michigan native was only able to play in 17 matches after suffering an injury in preseason that never healed and required offseason surgery. Now healthy, Lewis is ready to return between the posts for FC Tulsa the coming season.