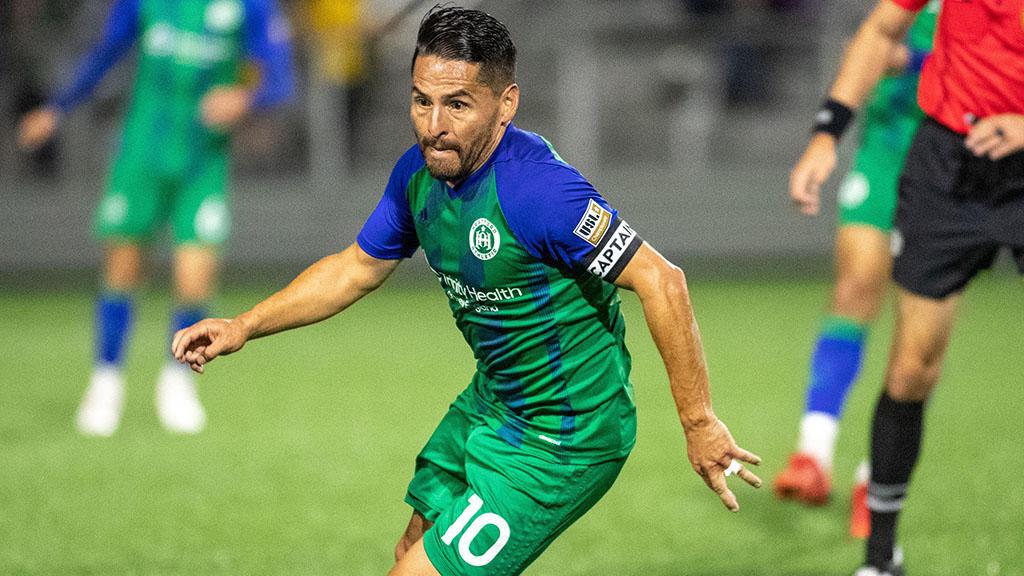 Danny Barrera earned USL Championship All-League First Team honors for the second time in his career this past season after leading the league with 12 assists and recording eight goals for Hartford Athletic. | Photo courtesy Hartford Athletic

HARTFORD, Conn. – Hartford Athletic announced on Tuesday it had re-signed captain and 2021 USL Championship All-League First Team selection Danny Barrera for the 2022 season, pending league and federation approval. Barrera is the longest tenured member of the club after joining in its inaugural season in 2019.

“This community has become home for me and my family and I am thrilled to be back with Hartford Athletic for a fourth season,” said Barrera. “I’m looking forward to working with Coach Watling again and building on last year's successes. Our goal is to get back to the playoffs and every day, we’ll be giving everything we have on and off the pitch to get back there.”

Barrera turned in the best season of his career in 2021, earning the league’s Assists Champion award with 12 assists while also scoring eight goals. His All-League First Team selection saw him become the first player in the Athletic’s history to earn the honor and was the second overall of his career after earning selection with Sacramento Republic FC in 2016. A native of Bogota, Colombia, Barrera now ranks second in the Championship’s history with 44 regular season assists in his career, one behind all-time leader Kenardo Forbes of Pittsburgh Riverhounds SC.

Additionally, the 31-year-old has become Hartford’s all-time leader in goals scored (13), assists (23), key passes (154) and USL Championship appearances (65). He is widely known among Hartford fans for the “Immaculate Deflection” in 2020 – a goal in which he scored via scorpion kick to win the game and help clinch the Group F title for the Athletic as the side advanced to the USL Championship Playoffs for the first time.

“Danny is the captain and the heartbeat of this team. I am very happy that he will be back on the pitch for us in 2022,” said Hartford Athletic Head Coach Harry Watling. “Every time Danny gets the ball, you think something is going to happen. I love his imagination and creativity, but equally as important is his leadership and mentorship of the young players on this team. We will look to him to provide that again this season.”