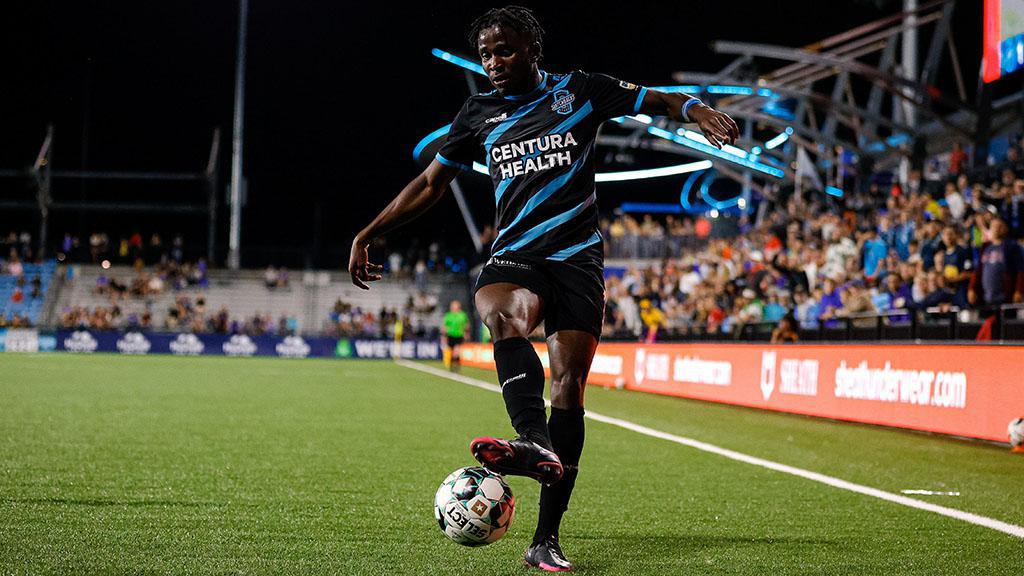 COLORADO SPRINGS, Colo. – Colorado Springs Switchbacks FC announced on Monday it has exercised a contract option to retain winger Michee Ngalina for the 2022 USL Championship season following the conclusion of his loan to Los Angeles FC of Major League Soccer.

Ngalina made 21 appearances for the Switchbacks during the 2021 USL Championship season before joining LAFC on loan during the second half of the season.

“Michee coming back to this team can’t be overlooked. It might be the biggest signing or re-signing of the off season,” said Switchbacks FC Head Coach Brendan Burke. “Michee is a unique talent for this league and an even better person. We cannot wait to welcome him back to our locker room and watch him play in the Springs next season.”

From Kinshasa, Democratic Republic of Congo, Ngalina came to the United States as part of the elite Montverde Academy with the support of Rainbow Sports Global and was signed in 2018 by the Philadelphia Union II, where he first worked with Burke and competed in the USL Championship. He was named to USL’s 20 Under 20 list in both 2018 and 2019 prior to signing a First Team contract with Philadelphia.

Ngalina has also been part of the DR Congo youth national team setup, where he was the leading scorer for his country’s U17 team in the 2016 cycle. While playing with the Switchbacks, Ngalina was named to USL Championship's Team of the Week three times during the 2021 season. He notched eight goals and eight assists in his 21 games, making him the team's assists leader while sitting second to fellow forward Hadji Barry in goals.

“I'm so excited,” said Ngalina. “I'm so happy, I had a good season last year, even if it didn't end with the group, it was still great – to get to score eight goals and eight assists, that's something I'm really proud of. I'm ready to get back to Colorado Springs, to get ready for the next season. I can't wait to prove myself even more for my next season with them and to help the team to get a trophy hopefully, so I'm so happy to get back there.”