Queensboro FC Building from Grassroots Up Before Championship Arrival 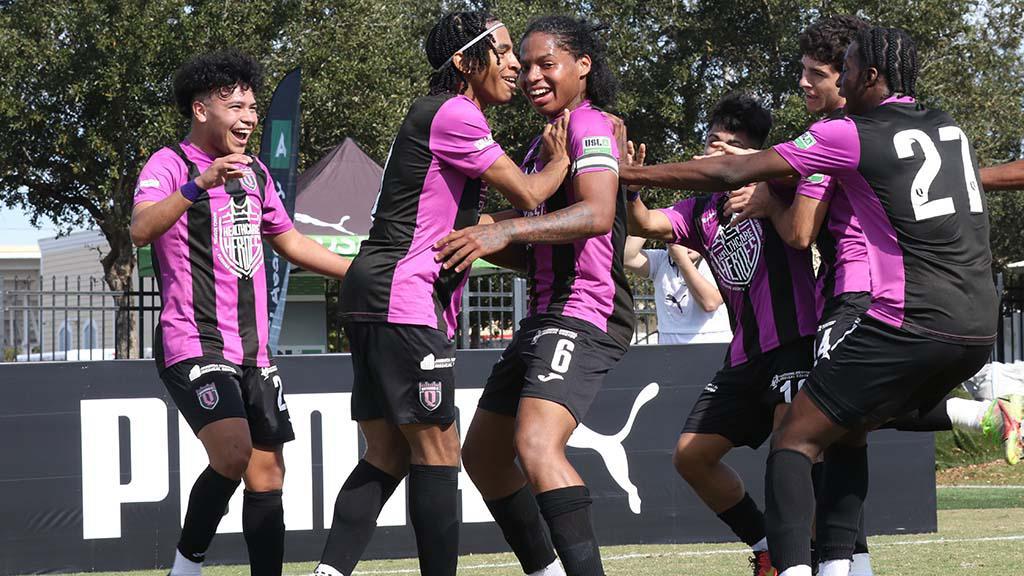 As it builds toward joining the USL Championship for the 2023 season, Queensboro FC is already in the process of building its presence and providing a path for future First Team players with its USL Academy squad. | Photo courtesy Clay Benjamin / United S

TAMPA, Fla. – For most clubs joining the USL Championship or League One, the approach is to establish the club’s First Team in the professional ranks while working on building out its development structure.

At Queensboro FC, a different approach is underway, one that could pay off handsomely when the club kicks off in the USL Championship in the 2023 season.

“When we established this club, everybody involved was very clear we wanted to build from the roots, from the bottom up,” said QBFC Coach Diego Gomez on Friday. “For us, that’s very important. We are from Queens, there’s a strong soccer community in Queens, we want to make them feel proud of us and for that we need to work with the grassroots, with the kids that we are later going to give opportunity to in the USL Championship as they grow.”

For Queens native and club captain Piero Elias, the opportunity that has arrived with the club’s presence in the World’s Borough has been a major boost for young players such as himself.

“It felt amazing. I was very happy, I feel it in my heart,” said Piero of wearing the club’s colors for the first time. “I was proud of representing my neighborhood. Normally, kids from there don’t usually pop, so I was proud to represent the community.”

Queensboro’s current Academy squad has brought together players on different paths, including those like Spanish goalkeeper Pol Rodriguez – who is part of the residency element of the program – and other more local talents like Damien Barker, who hails from Jamaica, Queens and leads the tournament with three goals in two games. The side’s talent has already drawn attention on the international stage with Nestor Cabrera earning selection to the Guatemala U-20 Men’s National Team in November, and Jose Luis Lopez being called up for Puerto Rico’s Men’s National Team ahead of its final FIFA 2022 World Cup Qualifying contests this past June. 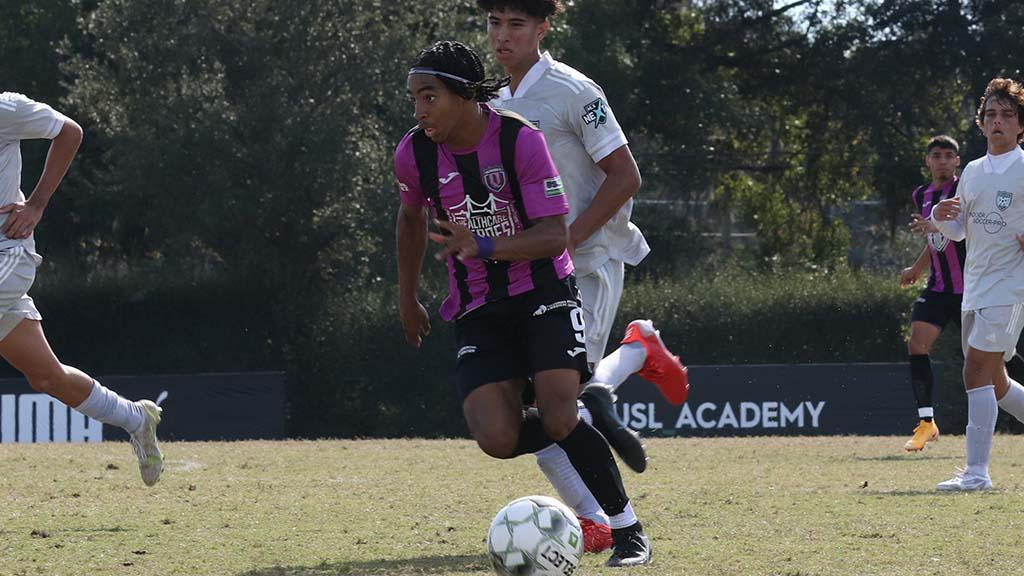 The multicultural nature of the Borough and its soccer community is an element QBFC has aimed to reproduce on the field, as has giving opportunity to players as young as 15 years old in its Academy Playoffs squad, giving them the chance to compete with an older core group to help drive their individual progression.

“For us, we thought it was important to have that mix where you have a strong U-19 group to compete, but then the younger players who we put in there, they have a special quality or for us they have a special talent, they find it a challenging environment,” said Gomez. “That’s the way we believe that we want them to go through. We have a good group of 2003 [age-group players], but today we had a player in the 2005 make a difference, 2004 that were making a difference.

“That’s the model we trust and the model we want to follow, and that’s the opportunity USL Academy offered us, pushing younger players to compete in an older age-group.”

Queensboro may be blazing a different path as it moves toward its first game in the professional ranks, but USL Technical Director Liam O’Connell believes the grassroots model the club has built in establishing a USL Academy and development system before the professional side takes the field is a blueprint future expansion clubs could aim to replicate. Certainly, by establishing an on-field product, QBFC is offering a look at what could be expected when the side does make its debut in the Championship.

“We’ve tried to do our best job,” said Gomez. “We wanted to have the best players, because I think without them it’s impossible, so I think most of the success is due to them, but at the same time I think the club has made an effort in all senses – infrastructure, economically – to support that program, to support the academy and to establish ourselves. Now that we’ve established ourselves, I think our philosophy and our way of play, we’ve been really clear what we want to be as a club, as an Academy, as a First Team, and we are very happy to be here and for the progress we’ve made in only one year.”

With that map to follow, players like Piero are already seeing the potential for what their futures could hold in the club’s colors a year from now when the team starts building its inaugural professional roster.

“It’s going to be special when it first comes out,” said Piero. “Everyone’s going to have eyes on us, and a lot of the kids here are going to get a chance to play with the First Team. It’ll be amazing.”

In Gomez's mind, there’s no question that players competing this week in Tampa will have the chance to be on the club’s first professional roster.

“That’s the idea,” said Gomez, “And I’m pretty sure when we step on the field [for the first time in the Championship] we’ll have players that are here in this tournament that will be there.”