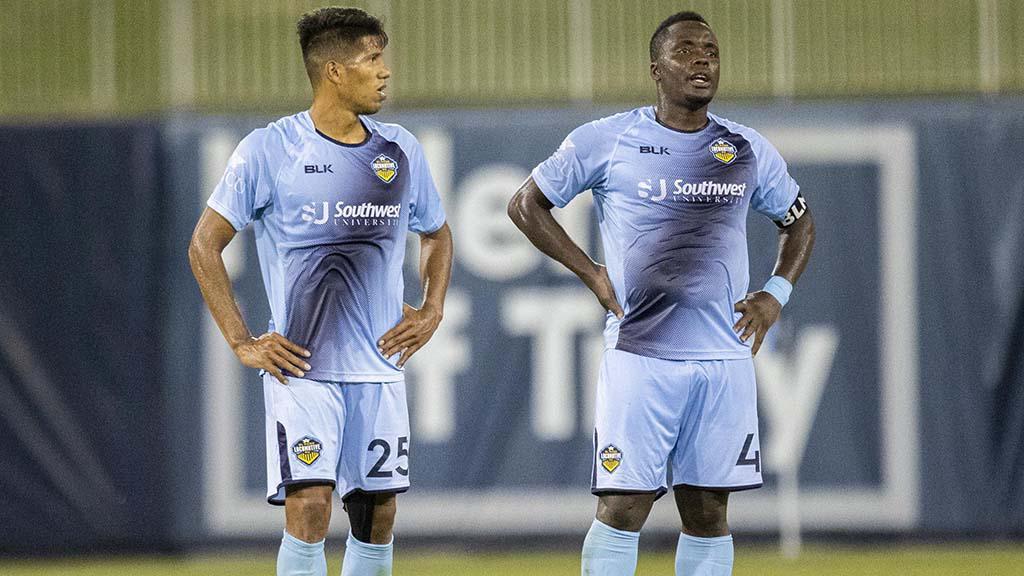 INDIANAPOLIS – Indy Eleven announced its first new arrivals of the season on Friday with the signings of defender Mechack Jérôme and midfielder Bryam Rebellón. The Boys in Blue also announced they had re-signed goalkeeper Bobby Edwards for a second season at the club. Per club policy, contract terms surrounding the signings will not be released, and both new signings are pending league and federation approval.

Jérôme and Rebellón each previously competed at El Paso Locomotive FC for new Indy Head Coach Mark Lowry, where they helped El Paso reach the USL Championship Playoffs in each of the club’s first three seasons, including trips to the Western Conference Final in 2019 and 2020.

“The way I’m trying to build the locker room and the culture of this club as we rebuild, a lot of it's about bringing that winning culture,” said Lowry. “Guys that want to win every single day, no matter what they're doing whether it be games or in practice, and these initial signings of Mechack Jérôme and Bryam Rebellón definitely embody that. To have that familiarity of the standard already in the locker room to help bring people along is massively helpful.

“From all accounts Bobby Edwards was a fantastic servant for the club in his first year here, and I’m looking forward to having him be a part of our goalkeeping department. We're excited to work with him and develop him even more next year.”

In addition, the club also made official the departures of several players from its 2021 roster, including:

The club is in discussions with A.J. Cochran regarding a possible new contract for 2022.

“On behalf of Indy Eleven, I want to thank the players departing the club for their efforts on behalf of the organization and our fans,” said Indy Eleven President and Chief Executive Officer Greg Stremlaw. “Like so many people in countless industries, these athletes have had to shoulder additional challenges to perform their jobs over the last year or more due to the global pandemic. A special thanks goes out to them for the extra responsibilities they shouldered in representing our club and in keeping each other safe in the process.”

Jérôme brings both club and international experience to Indy’s back line, having made 74 appearances for Haiti including being selected for FIFA 2022 World Cup Qualifying earlier this season. The 31-year-old was named to the Championship’s All-League Second Team in 2015 for the Charlotte Independence and has made 109 appearances in the USL Championship’s regular season and playoffs overall in his career, recording more than 9,000 minutes of action.

Rebellón has previously played for Lowry at two prior stops, first linking up with the English coach at Jacksonville Armada FC in 2017 before joining him in El Paso. Rebellón began his professional career playing for clubs in both Colombia (Santa Fe and Llaneros) and Argentina (Sarmiento and Villa Dalmine) from 2011-15 before coming stateside, where he competed for USL Championship sides LA Galaxy II in 2016 and Sporting Kansas City II in 2018. The 29-year-old has made 117 appearances across the regular season and playoffs in the Championship overall, recording six goals and four assists.

Edwards makes his return to the Boys in Blue following a solid first season with the squad in 2021. The third-year pro and former FC Cincinnati goalkeeper registered a 72.2 save percentage (26 of 36 shots saved) and 1.43 goals-against average in his seven appearances during the 2021 campaign. Prior to joining Indiana’s Team last season, Edwards played for FCC in 2020 and began his pro career with Portadown FC in the Northern Ireland NIFL Championship in 2019.