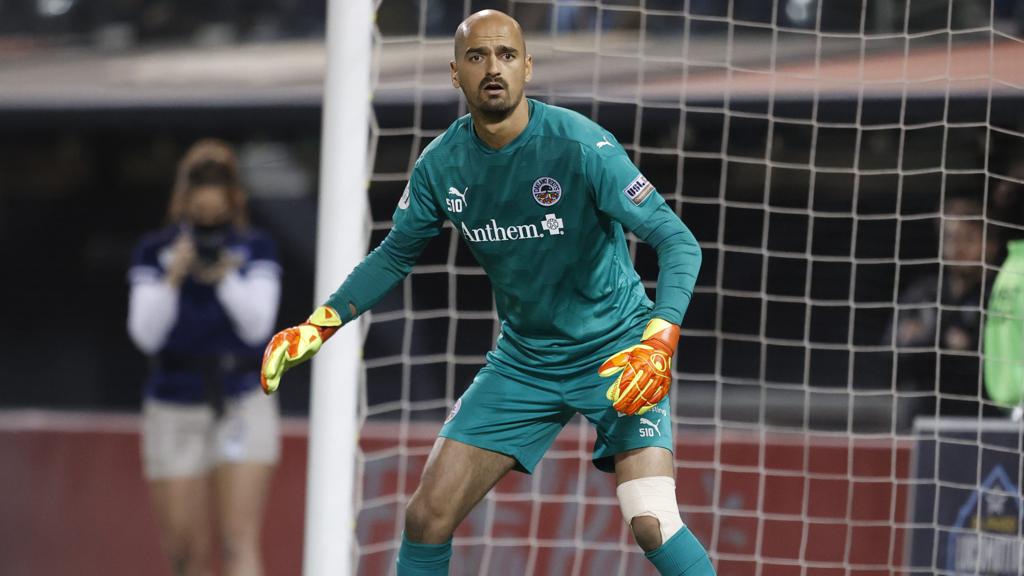 Goalkeeper Paul Blanchette is among 12 players set to return to Oakland Roots SC for the 2022 season after having his contract option exercised for the new season. | Photo courtesy Ivan Pierre Aguirre / El Paso Locomotive FC

The six players join fellow returnees in defenders Memo Diaz, Tarek Morad, Akeem Ward and Max Ornstil and midfielders Jose Hernandez and Saalih Muhammad, who were previously under contract for 2022.

“I’m very excited about the strong core that we will have returning,” said Roots Technical Director Jordan Ferrell. “The group we had this past season was special and keeping continuity while adding important pieces will keep the club on the trajectory to go further in 2022. The work to build the most competitive roster possible is underway and we know that this group of returning players are the foundation of a special team for next season and beyond.”

The club is in ongoing discussions with several players from the 2021 team and will announce any further re-signings in the near future.

Blanchette had a strong 2021 season for Roots SC, posting six shutouts in 23 appearances and 75 saves for a save percentage of 74.3 percent and a goals-against average of 1.11. He was backed up by Bailey, who recorded two shutouts in three appearances while posting a 1.00 goals-against average and a save percentage of 80 percent.

Greene and Fissore ranked second and third in minutes for the side in the 2021 season with Greene making 30 appearances and recording 2,385 minutes of action. The veteran center back led Roots SC with 104 clearances while also recording 37 interceptions and 35 tackles won and a duel success rate of 65.1 percent. Fissore, meanwhile, recorded 2,368 minutes of action in 31 appearances as he recorded two assists and 17 key passes while posting an overall passing accuracy rate of 79.6 percent. The Argentine also ranked third on the team with 52 interceptions in central midfield.

Mbumba tied for second on Roots SC with four goals in the 2021 season while also recording eight key passes and a passing accuracy rate of 81.7 percent as he made 28 appearances over the campaign.  Rodriguez recorded two goals, three assists and 13 key passes in 20 appearances for the side, and also won 15 of 20 tackles on the defensive side of the ball.