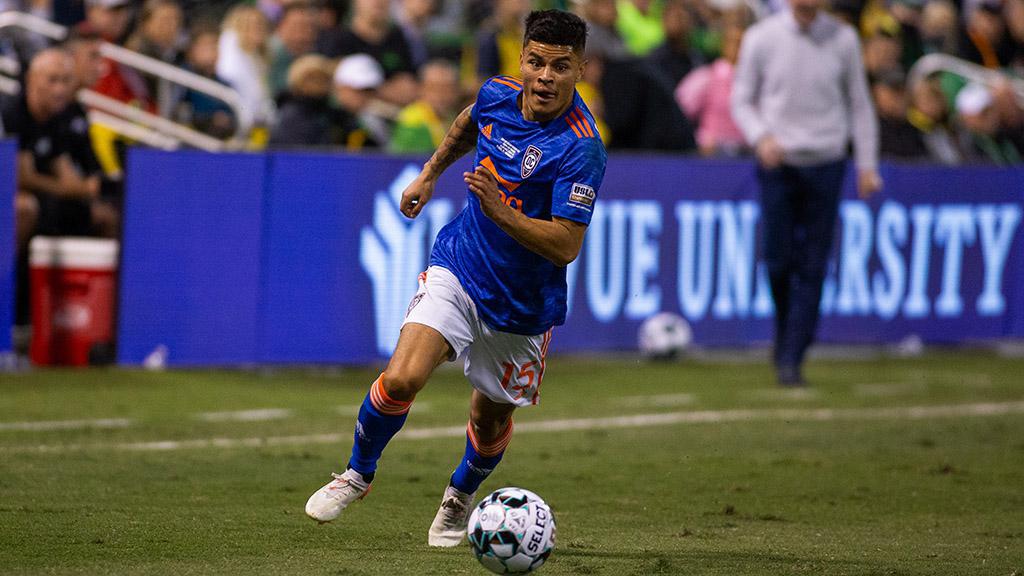 After helping lead Orange County SC to victory in the 2021 USL Championship Final on Sunday night, midfielder Eric Calvillo will head to join El Salvador’s squad for a pair of exhibitions in December against Ecuador and Chile as one of five players that competed in the past season named in the squad by Head Coach Hugo Perez.

Calvillo recorded 29 appearances for Orange County SC and provided the assist for Ronaldo Damus’ second goal of the night in the side’s 3-1 win against the Tampa Bay Rowdies to lead the club to its first USL Championship title on Sunday. The 23-year-old California native recorded two goals and four assists overall for OCSC while on loan from the San Jose Earthquakes of Major League Soccer and completed 87.9 percent of 1,445 passes, including a passing accuracy rate of 79.9 percent in the attacking half.

Rivas has been a mainstay for El Salvador this year, having made 16 appearances for his country while scoring three times at the 2021 Concacaf Gold Cup over the summer. The 29-year-old also helped Tulsa make its second consecutive trip to the USL Championship Playoffs as he recorded seven goals and three assists in 23 appearances while notching 29 key passes.

Perez joined Miami midway through the season and recorded one goal and one assist for the side in seven appearances. The 23-year-old has made 15 appearances for La Selecta this year having elected to file a one-time switch to join the side after having previously played for the United States at the youth international level.

Molina recorded two goals and four assists competing for Las Vegas this past season, which saw him earn his first senior call-up this past August and make his debut in an exhibition against Costa Rica. He is joined in the squad by fellow 20-year-old Vargas, who will join the squad for the first time after recording two goals, three assists and 14 key passes in 18 appearances for the Defiance this past season.