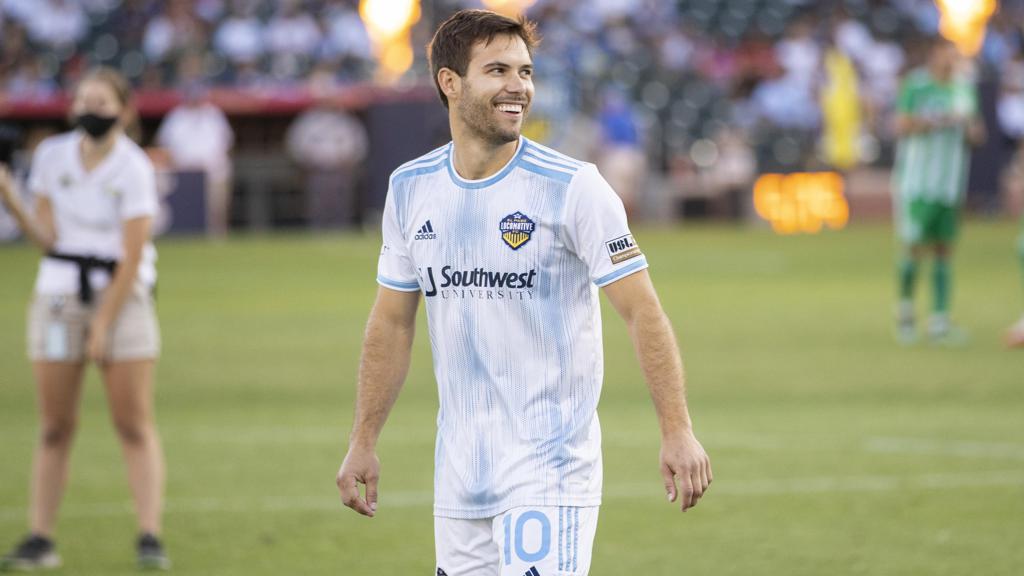 Attacking midfielder Dylan Mares is among five players set to return to El Paso Locomotive FC for the 2022 USL Championship season as the club made its first roster moves of the offseason on Wednesday. | Photo courtesy Ivan Pierre Aguirre / El Paso Locomo

Defender Ricardo Zacarias will return for a second year after signing a new contract with the club, while Defenders Andrew Fox and Niall Logue and midfielders Chapa Herrera and Dylan Mares all return having previously been under contract for the 2022 campaign.

Mares continued to be a key part of the Locomotive FC attack in his second season at the club, recording four goals, seven assists and 34 key passes while posting an 87.1 percent passing accuracy rate on almost 900 completed passes in the regular season and playoffs this season. The 29-year-old has made 59 appearances in the Championship in his career and has notched nine goals and 12 assists overall for Locomotive FC in 47 appearances.

Herrera will return for his fourth season at the club with the local standout having established himself as a solid midfield piece over Locomotive FC’s first three seasons. The 25-year-old made 21 appearances for El Paso this season, recording one goal and notching 18 interceptions and an 86.6 passing accuracy rate. Herrera ranks seventh in Locomotive FC history with 64 appearances for the side, and has scored three goals overall in his career.

Logue spent the majority of the past season on loan at fellow Championship club Memphis 901 FC, where he made 22 appearances and recorded 1,846 minutes of action to help the side reach the 2021 USL Championship Playoffs, presented by Twinspires. The young Irish defender – who joined El Paso from USL League One club FC Tucson last offseason – recorded 94 clearances, 32 blocked shots and 29 interceptions for 901 FC.

Zacarias made 13 appearances, including seven starts, as he established himself in the squad toward the conclusion of the 2021 regular season. Formerly of USL League One club Chattanooga Red Wolves SC, the native of Las Cruces, New Mexico made his debut in June and was a regular contributor down the final stretch of the season, posting an 86.5 passing accuracy rate, one goal and 12 key passes.

Fox made 15 appearances for Locomotive FC in the 2021 season and recorded one goal and one assist in the campaign while recording 15 tackles, 13 interceptions and 19 clearances defensively. The England native has made 58 appearances overall across the regular season and playoffs for Locomotive FC, recording four goals and two assists in just over 4,500 minutes of action.

The club also announced it is in ongoing discussions with several players from the 2021 team and will make additional player announcements for the 2022 season once they are confirmed.