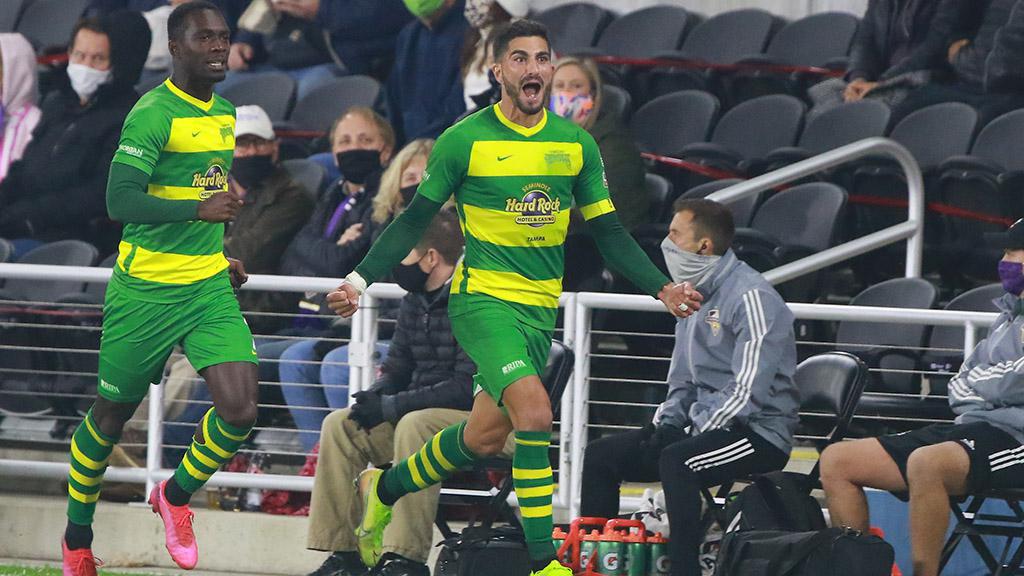 ST. PETERSBURG, Fla. – After all the anticipation ahead of last year’s Eastern Conference Final in the USL Championship Playoffs between Louisville City FC and the Tampa Bay Rowdies, it took just three minutes for the game to take shape.

That was when Zach Steinberger found the net for the visitors at Lynn Family Stadium, giving the Rowdies an early lead they wouldn’t relinquish on the way to a 2-1 victory and the club’s first silverware since joining the Championship in 2017.

“There’s no question that Zach Steinberger’s goal last year was an important goal, to score three minutes in away from home against a tough opponent,” said Rowdies Head Coach Neill Collins on Thursday. “Then the players did a fantastic job of managing the environment and then getting another goal right before halftime. They definitely changed the complexion of the game.”

For one thing, when the Rowdies have led at home this season, they’ve emerged victorious on every occasion. For another, when LouCity trailed on the road in the regular season, it only rallied three times, each to earn a draw.

It could be easy to draw a conclusion from those two data-points, but Collins and his side know the challenge that lies ahead against the two-time league title winner. 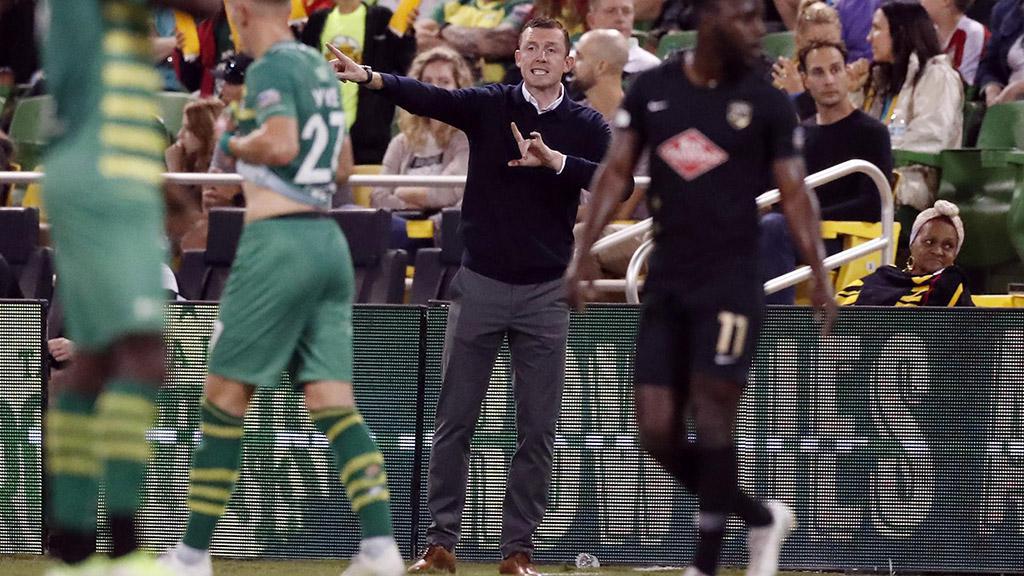 Tampa Bay Rowdies Head Coach Neill Collins has seen his side boast an undefeated record at Al Lang Stadium this season when it has held a lead during the contest. | Photo courtesy Matt May / Tampa Bay Rowdies

If the opening goal is going to come for the Rowdies, though, there’s a good chance that Sebastian Guenzatti will be involved. Tampa Bay’s captain notched the second goal for the side in its win a year ago at this stage and this year has had a career-high 22 goals in the regular season and playoffs while also notching six assists and 34 key passes.

The 30-year-old has been the highest-scoring player in the Championship since he was installed as the Rowdies’ starting center forward prior to the 2019 season with 51 goals, seven more than Birmingham Legion FC’s Neco Brett, and he’s eager for the chance to add to that total once again.

“Getting the chance to play forward was something I had wanted for a very long time, and now I got the opportunity to play forward, I took the chance and never let it go,” said Guenzatti. “This year has been so special because last year we didn’t get to play that Final, and now getting the chance to go all the way and be able to play at home, it’s what I’ve been looking forward to since the end of last year. It’s unbelievable what the guys did all season.”

As important as the opening goal might be, it won’t be the be-all and end-all when it comes to deciding which team will advance to host the Championship Final. Given the quality that will be on display across the field – with intriguing matchups including that of Guenzatti against LouCity’s Sean Totsch and Louisville’s leading scorer Cameron Lancaster against Tampa Bay’s Forrest Lasso and the league’s best defense – the ebb and flow of the game once the first goal arrives is something Collins believes his side and LouCity will be prepared for.

“One thing I would say this team has done very well is whenever goals have been scored in games – whether for or against us – they’ve really managed that well,” said Collins. “Emotionally, they’ve managed themselves well, and I think that comes with experience. Both teams this weekend are very experienced playing together, very experienced playing these games, but I think both teams will be able to manage losing a goal, scoring a goal.”

“As I said, I’d like to get the lead, but that won’t then make us thing that we just need to see through the clock. We’re going to need to play some of our best football through the whole match, no matter what the score is at the time.”