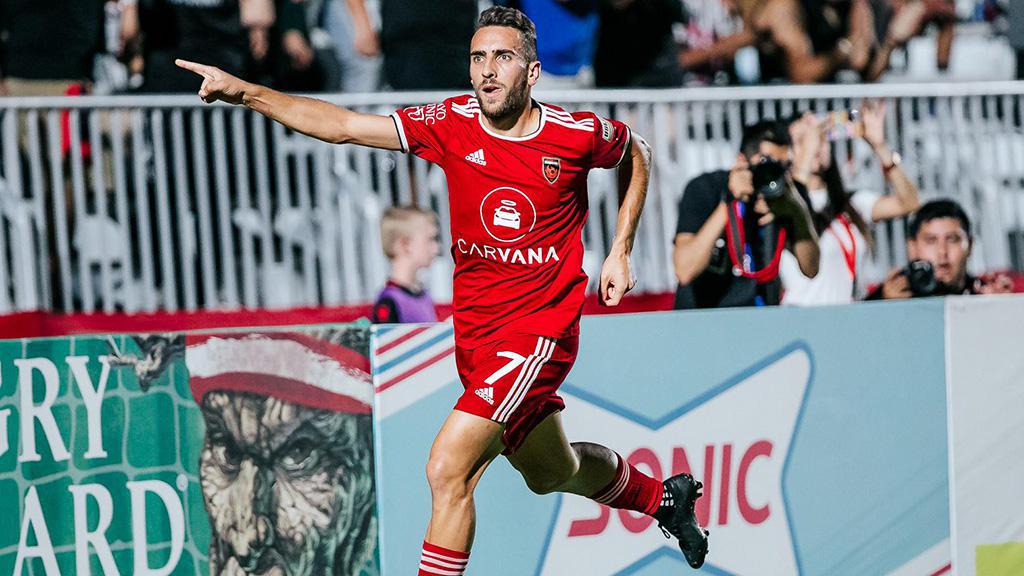 PHOENIX – Phoenix Rising FC announced on Wednesday it had signed Santi Moar, its leading scorer in the 2021 USL Championship season, to a new two-year contract.

“I am really glad to continue representing Phoenix Rising in 2022,” said Moar. “My last two seasons here were filled with good moments and success on and off the field. However, we still have much more to accomplish. That really motivates me to keep working and help this organization get the trophies it deserves.”

Moar has appeared in 46 matches for Rising FC across all competitions since signing on Dec. 3, 2019. The Spaniard had 18 goals and 12 assists in his first two seasons. The 28-year-old was named Player of the Month in May and finished the season with five Team of the Week nominations. Moar tied for fourth in the league in chances created with 63.

“We are so happy to have signed Santi to a long-term contract,” said Rising FC Head Coach Rick Schantz. “He plays with such passion and competitiveness. He has a tremendous desire to win and be the best. He represents Phoenix Rising extremely well in all that he does for the club.”

Moar joined Rising FC prior to the 2020 USL Championship season and has played five seasons overall in the league having previously competed for the Philadelphia Union II and New Mexico United. In that span he has recorded 41 goals and 28 assists in the regular season across 139 appearances, placing him in the Top 30 in the league’s all-time goalscorers and in the Top 20 in assists.