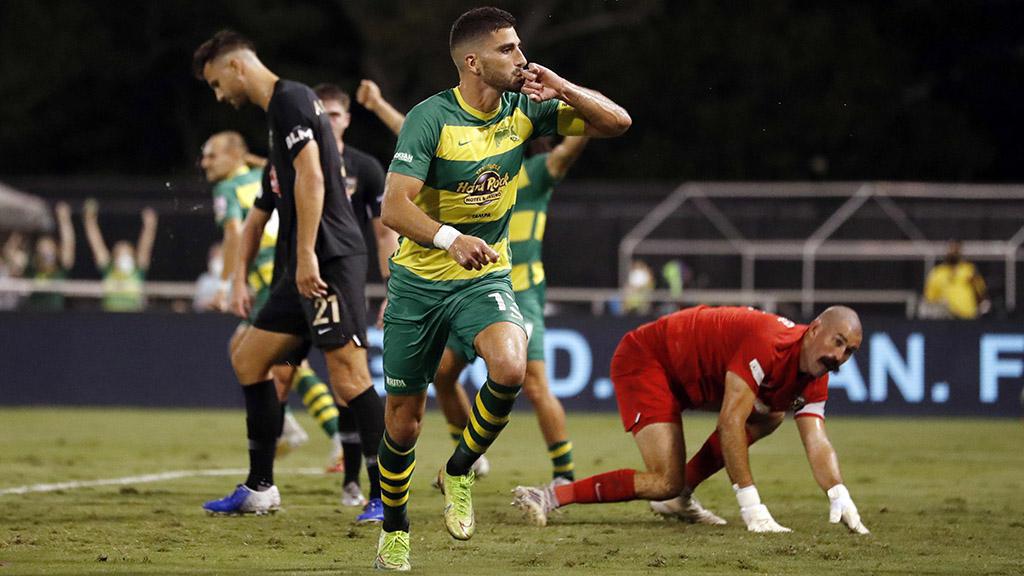 The Tampa Bay Rowdies took victory against Birmingham Legion FC in last year's postseason, and are aiming for a repeat result on Saturday night in the Eastern Conference Semifinals. | Photo courtesy Matt May / Tampa Bay Rowdies

ST. PETERSBURG, Fla. – More than a year has passed since the Tampa Bay Rowdies and Birmingham Legion FC squared off in the Eastern Conference Quarterfinals of last year’s USL Championship Playoffs – which also marks the last meeting between the teams overall – but while there have been changes on both sides, many of the central characters remain in place.

For the Rowdies, first-half goalscorer Sebastian Guenzatti last postseason has had a career year with 22 goals across the regular season and playoffs, and 14 of the 15 players that appeared for the side in a 4-2 victory on home turf are still in the Rowdies’ squad. The side has also added firepower in forward Steevan Dos Santos, while Laurence Wyke has fit neatly into the center of midfield.

On Legion FC’s side, there may be only three changes to last year’s starting lineup with the arrival of newcomers Ryan James and Phanuel Kavita in defense and the options of Zach Herivaux or Thomas Vancaeyezeele in midfield alongside stalwart Anderson Asiedu. That means the opportunity for players like Neco Brett, Bruno Lapa and Prosper Kasim – all of whom started a year ago – is there to produce a different outcome.

“Obviously, they gave us a big scare having been 2-0 up, and they came back and got two goals, and at that point you’re fearing the worst,” said Collins to media on Thursday. “How Tommy [Soehn] looked at that, he made some adjustments in-game, of course, but they’re a different team this year. They’ve progressed and grown, they’ve added different players in, and [Prosper] Kasim on one wing and Junior [Flemmings] on the other wing, they’ve got JJ Williams, who can play wide.

A former Rowdies player, Flemmings will be absent on Saturday night as he competes for Jamaica in 2022 FIFA World Cup Qualifying, but the level of respect the Rowdies have for Legion FC and the threat it brings is not in question. Goals by Lapa and Kasim pulled Birmingham level just past the hour-mark last year, and the side’s attack led by Brett has reached new highs this campaign as it notched 50 goals in the regular season for the first time.

The Rowdies’ attack has been even more prolific, however, as illustrated in last week’s 6-2 victory against FC Tulsa before a raucous crowd in downtown St. Petersburg. The club’s consistent chance creation – which put the side third in the Championship in the regular season at an Expected Goals mark of 59.59xG – paid off in a big way as it equaled its biggest single-game scoring output of the season. Tampa Bay’s 4.55xG mark against Tulsa was its highest of the season, and highlighted the attacking form the side has shown in recording 33 goals across 13 games since the start of September.

After seeing chances fail to turn into goals at certain points earlier this campaign, the production against Tulsa provided added belief that if the Rowdies get the fundamentals of their attacking plan right, they can be hard to contain.

“I think getting a result like a 6-2 against Tulsa just shows a testament that the quality of chances are there,” said Rowdies wingback Conner Antley. “With the hard work we put in in training every week, we know that it just comes down to that little moment of putting the ball in the net. I think that we go up against our own team every single week in training and we like to believe that we train ourselves harder than anyone can play against us, so if we can do it in training against our own team, we have confidence that we’re going to do it on the weekend.” 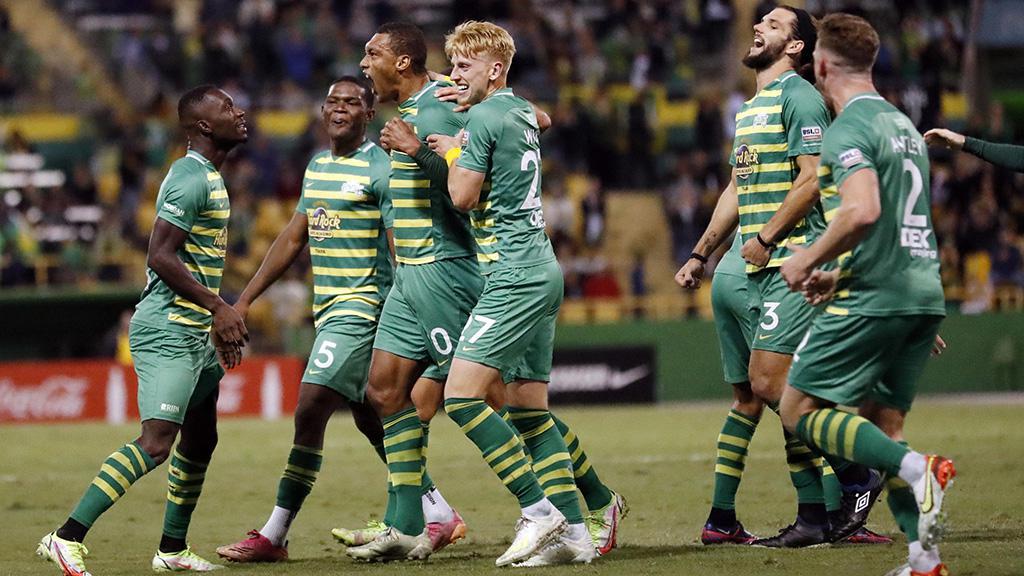 As confident as the side could be going into Saturday’s game, though, there’s also a belief any potential complacency that could slip in off such an emphatic performance is one a playoff-tested Rowdies side will avoid. With a chance to return to the Eastern Conference Final on the line, nothing is being taken for granted.

“It we don’t get the job done, it won’t be because the players have been complacent, they’re not that type of group,” said Collins. “They train well, they prepare right, and they’ll be ready for Birmingham and give Birmingham the utmost respect. We know what a good side they are, they’ve been and won in tough places, they finished second in a tough [division] so we have the utmost respect for Birmingham. We always expect to win it all if we perform well, but it’s not a given.”