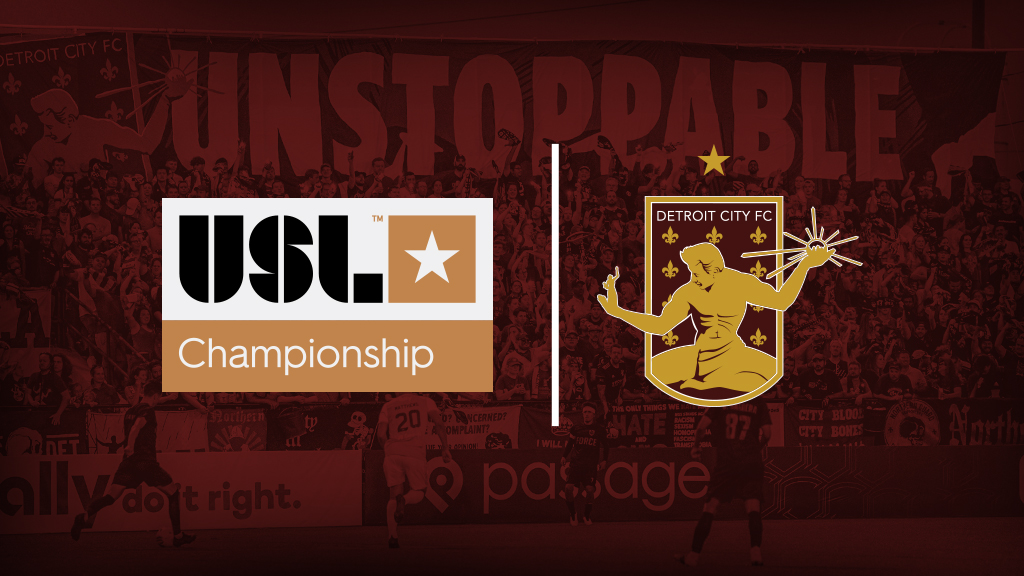 TAMPA, Fla. & DETROIT – The United Soccer League and Detroit City FC announced today the renowned, community-driven club will join the USL Championship for the 2022 season. Over the past decade, Detroit City FC has become widely recognized for its commitment to inclusivity, passionate fan base, and fantastic matchday experience at Keyworth Stadium.

“The momentum behind Detroit City FC is remarkable and a credit to every person who has played a role in the club’s rise,” said USL President Jake Edwards. “It’s hard to find a better example of bringing a community together through soccer. We welcome the DCFC community and its famed supporters into the USL family, and we look forward to seeing this next phase of the club’s evolution.”

“It’s clear that the time is right for Detroit City FC to move forward by joining the USL Championship,” said Detroit City FC Co-Owner and Chief Executive Officer Sean Mann. “This puts us on track to accomplish many of our shared objectives such as fielding a professional women’s side, enhancing our academy program, upgrading our facilities, and expanding our reach. Since 2012, our vision for Detroit City FC has been to become Detroit’s soccer club for all time.”

Founded by members of a local co-ed rec league, Detroit City FC joined the National Premier Soccer League in 2012 and seven years later moved to the National Independent Soccer Association. During its time in the NPSL, Detroit City qualified for the U.S. Open Cup four times, reaching the second round twice. Since joining NISA, DCFC has been a dominant force, winning each of the past three regular season titles, the Legends Cup and the NISA Championship, among other honors.

Detroit City’s home venue, Keyworth Stadium in the city of Hamtramck, has become a bucket-list destination for American soccer fans and a tough place for visiting teams to earn points. Le Rouge have consistently played in front of raucous, sold-out crowds led by supporters’ groups such as The Northern Guard. The club’s ownership structure includes approximately 2,700 fans who share a 10% stake.

“Last year, when we needed our supporters most, they were there for us,” said DCFC co-owner and COO Todd Kropp. “Moving to the USL Championship honors that commitment and makes us more accessible and impactful. Most importantly, it strengthens our ability to deliver on our conviction that everyone deserves a soccer club that they will never grow out of.”