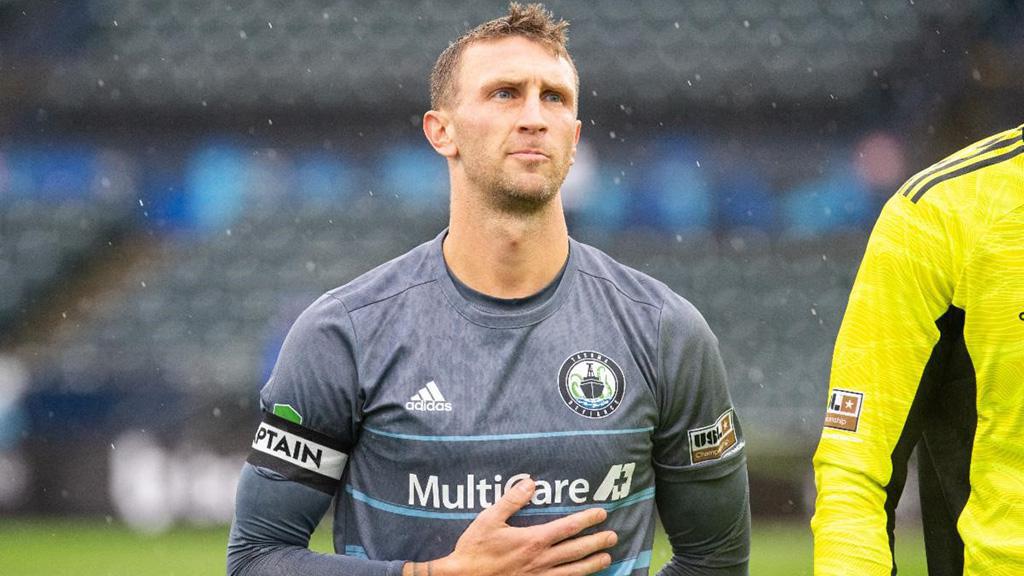 TACOMA, Wash. – Tacoma Defiance defender Taylor Mueller on Tuesday announced his retirement from professional soccer. The 33-year-old finishes a 10-year playing career in the USL Championship with Charleston Battery and Tacoma Defiance as the league’s all-time leader in regular season minutes, and second in regular season appearances, putting him among the league’s iconic all-time figures.

“I cannot say enough about how grateful I am to close my career out with the experiences I have had. The support I have received over the last ten years is overwhelming and extremely humbling,” said Mueller. “Thank you to Charleston for giving me the opportunity to make an impact not just on the field but off it as well. No matter what I will always think of the Holy City as a second home. Thank you to the fans, the Regiment and the club for everything. To the Sounders family, thank you for welcoming me back home with open arms. It’s been a privilege and honor to be a part of such a legendary and successful organization.

“I’m really looking forward to what’s in store for the future of the club. To my family, I love you all. Thank you for all the support and time you have dedicated over the years to being present, it means the world to me. Thank you again to all who I have come across in my career, it’s made an impact that will last a lifetime.”

The Kirkland, Washington native tallied 20,077 minutes in the USL Championship, the only player in league history to pass 20,000 minutes, a mark he achieved on the final day of the 2021 regular season. Mueller also finishes his career with 241 regular-season appearances in the USL Championship, one shy of the all-time record. The 74 shutouts he participated in rank first in league history for an outfield player.

“Taylor was precisely the sort of professional and leader that we wanted when we signed him prior to the 2020 season,” said Tacoma Defiance Head Coach Wade Webber. “In his two years with the club, he consistently demonstrated how a professional trains hard every day and is committed to being a 24/7 athlete. His impact will be felt for years to come as our youngest players carry on his legacy of professionalism, commitment and fearlessness. It was an honor to work with him.” 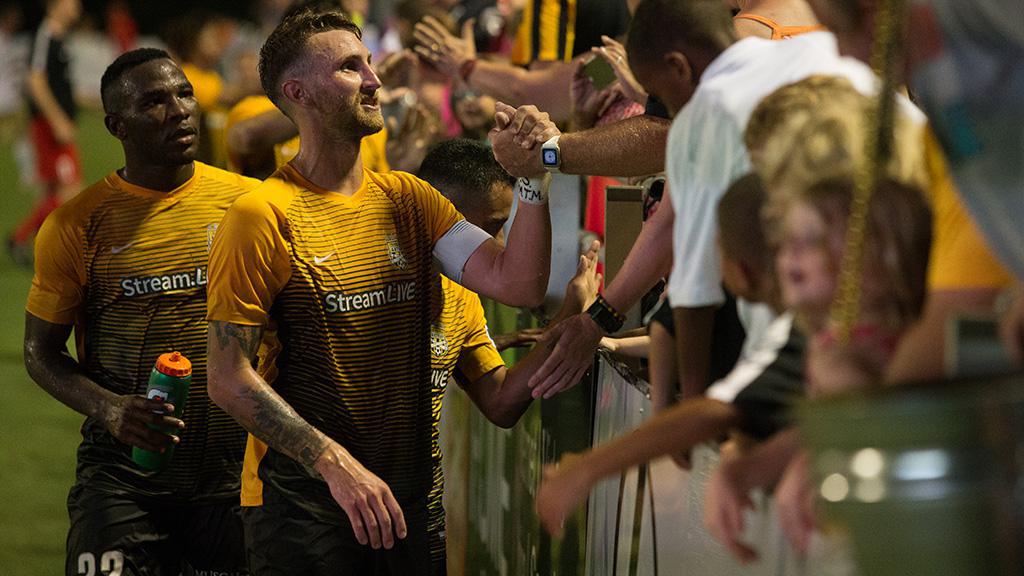 Taylor Mueller made 200 regular season appearances for the Charleston Battery over eight seasons with the club, the most by any player for a single team in the Championship's history. | Photo courtesy Zach Bland / Charleston Battery

Before coming to Tacoma, Mueller spent eight years with the Charleston Battery. He ranks first in the USL Championship’s history for appearances (200), regular-season minutes (16,567) and regular-season shutouts (65) with one club, achieving all those marks in his time with Charleston. He was voted to the Championship’s All-League Team in 2017. The defender also appeared in 14 Lamar Hunt U.S. Open Cup matches (10 starts) for a total of 1,060 minutes. During his time with the Defiance, Mueller appeared in 41 matches (39 starts), scoring one goal and tallying 3,511 minutes.

“First, we want to congratulate Taylor on an incredible professional career. His contribution to the professional game has been immense, and he joins a long line of Seattle players who have represented their community with the utmost integrity,” said Sounders FC Director of Player Development Henry Brauner. “The mentorship and guidance he provided to our young players has been incredible, bestowing a level of professionalism and responsibility unique to a veteran of his caliber. We were fortunate to have Taylor the person around our young players, and also just as fortunate to have Taylor the player on our team.”

Before his professional career, Mueller was a graduate of Eastlake High School in Sammamish and attended the University of Washington from 2007-2010. In his time as a Husky, he started 67 of his 72 appearances, scoring two goals on 44 shots, being named to the All Pac-10 Second Team three times.