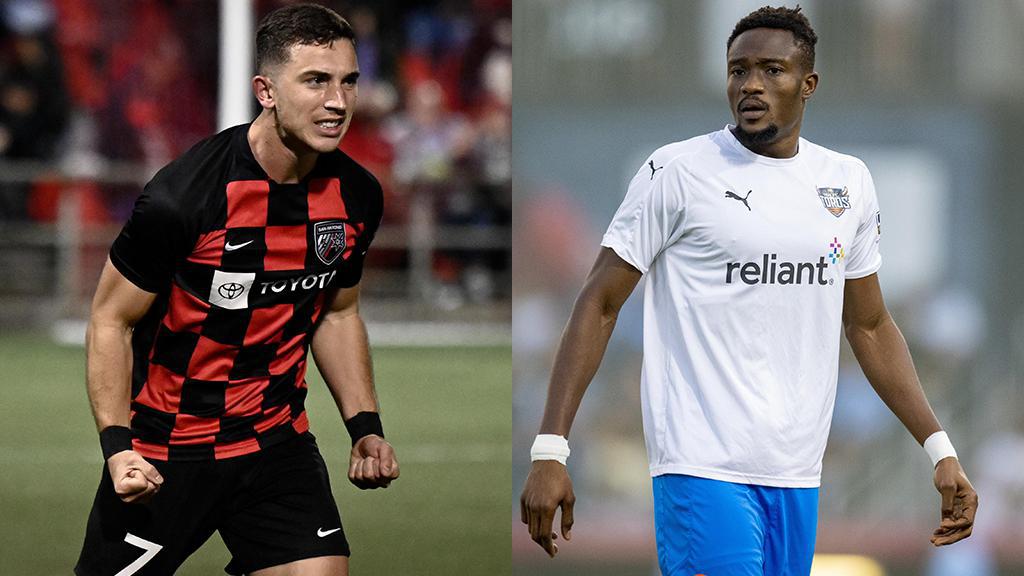 SAN ANTONIO – From the first meeting between San Antonio FC and Rio Grande Valley FC five years ago when both were newcomers to the USL Championship, the South Texas Derby has had its fair share of memorable and heated moments.

This Saturday night, that rivalry could reach a new level as SAFC plays host to the Toros at Toyota Field for the first postseason meeting between the clubs as they square off in the Western Conference Semifinals of the 2021 USL Championship Playoffs, presented by TwinSpires. Kickoff is scheduled for 9 p.m. ET (ESPN+).

The first encounter, in which Robbie Lovejoy scored for the Toros in second-half stoppage time at Toyota Field to give the visitors a thrilling 3-2 victory, set the tone for the rivalry, but this season RGVFC has produced when it has mattered most, including claiming its first postseason victory in club history after upsetting top-seeded Phoenix Rising FC 4-3 in a penalty shootout after the sides had played to a 3-3 draw through 120 minutes of action. Baboucarr Nije and Rodrigo Lopez both produced highlight-reel goals in regulation before Elvis Amoh scored in the second period of extra time to level for the visitors at Wild Horse Pass before Colin Miller’s pair of saves in the shootout allowed Amoh to convert in the fifth round to earn a place in the Conference Semifinals. The Toros are set to be without one of their key players from that victory this weekend with attacking midfielder Christian Sorto having been selected in El Salvador’s squad for FIFA 2022 World Cup Qualifying this week, but with players of Lopez and Juan Carlos Azocar’s experience, the visitors will be hoping of pulling another surprise this weekend.

San Antonio was decisive as it took its first postseason victory since 2017 last Saturday night with a 2-0 result against San Diego Loyal SC at Toyota Field that saw Nathan Fogaca and Santiago Patino each find the net in the first half. San Antonio is now undefeated in its last five games at home with attacking midfielders Jose Gallegos and Marcus Epps also having played a visible role in the club’s run to a second-place finish in the Mountain Division. SAFC was unable to take victory at home against the Toros in their two encounters this season, however, as the visitors rallied in both games to take a 1-1 draw including on May 29 when Azocar’s spectacular bicycle kick finish leveled the game with a minute to go. As both clubs look for their first trip to the Western Conference Final in club history, we could see another tense battle with more late drama in the next chapter between the rivals.