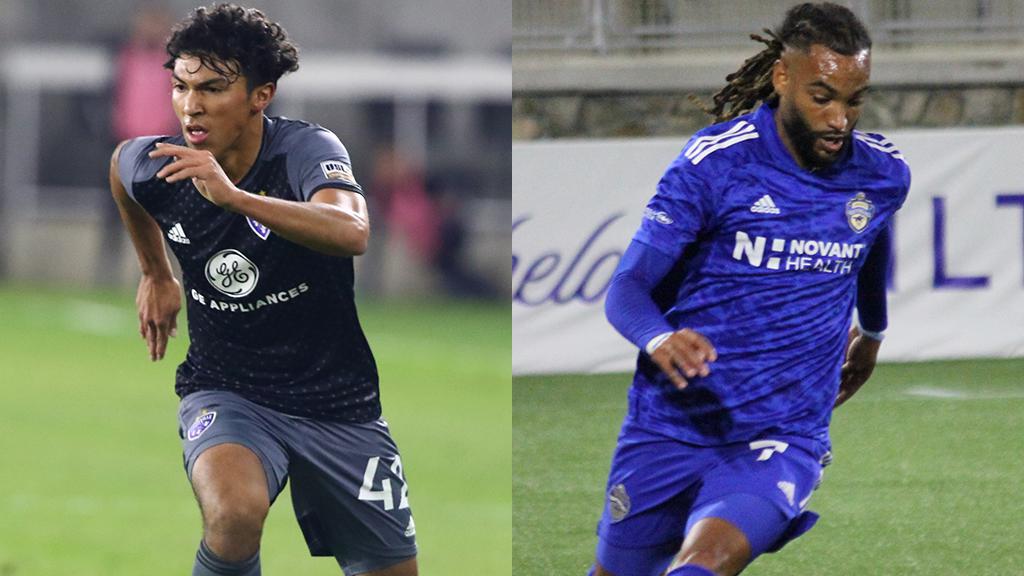 Louisville City FC's Jonathan Gomez and the Charlotte Independence's Joel Johnson could be key players as their sides meet on Saturday in the Eastern Conference Semifinals of the 2021 USL Championship Playoffs, presented by TwinSpires

LOUISVILLE, Ky. – Over its first six seasons, there have been threats to Louisville City FC’s streak of reaching the Eastern Conference Final in every postseason of the club’s history.

Two seasons ago, the two-time USL Championship title winners had to rally to take victory in extra time against Pittsburgh Riverhounds SC, while in its inaugural season in 2015 it took until the second period of extra time before the side found the breakthrough to defeat the Charleston Battery.

This Saturday night, though, the biggest threat yet to LouCity’s dominance of the postseason could arrive with the Charlotte Independence set to visit Lynn Family Stadium in the Eastern Conference Semifinals of the 2021 USL Championship Playoffs, presented by TwinSpires. Kickoff is scheduled for 7:30 p.m. ET (ESPN+).

The Independence are among the hottest teams in the Championship currently, having gone 11-1-1 in their last 13 outings after last Saturday’s 3-1 victory against Memphis 901 FC to open the postseason. The win was Charlotte’s first in the Championship Playoffs in club history as goals by Joel Johnson, Christian Fuchs and Sylvain Marveaux highlighted a dominant display at American Legion Memorial Stadium. The presence of Fuchs and Marveaux has been central to the club’s second-half progression with the two former Premier League players adding to an experienced core that already included Championship veterans Dane Kelly, Hugh Roberts and Enzo Martinez and carried the side to a higher level. Charlotte will now head to LouCity for the first meeting between the clubs since 2019 where the club will try to overcome their poor prior history on the road against its hosts. The Independence are 0-4-2 all-time away from home in Louisville, a record the club’s bolstered squad will be looking to change.

LouCity had to work harder to advance through its Eastern Conference Quarterfinal last Saturday but did so thanks to a second-half goal by Jorge Gonzalez that earned a 1-0 victory against Miami FC at Lynn Family Stadium. On loan this season from the Portland Timbers, Gonzalez delivered on his playoff debut in the Championship to make the difference in what ended up an evenly matched contest. LouCity’s success against the Independence in the past has come in part thanks to leading scorer Cameron Lancaster, who has recorded four goals and one assists in six prior games against Charlotte for LouCity, while the side has recorded five shutouts in 11 overall meetings between the clubs since they both joined the Championship in 2015. With three consecutive victories of their own going into Saturday, the hosts will be hoping history repeats, both from its past encounters with Charlotte and its overall postseason history.