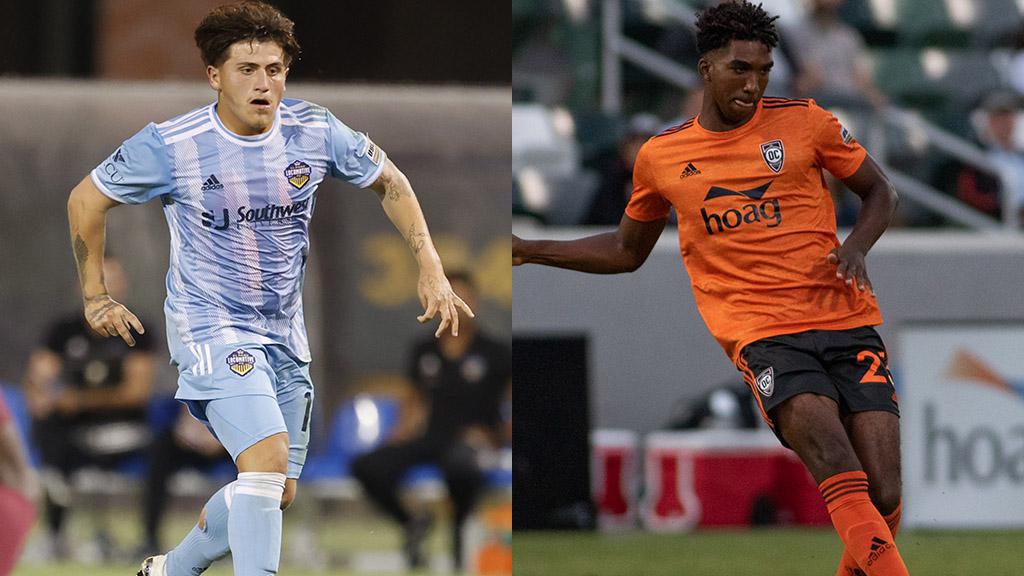 El Paso Locomotive FC's Diego Luna and Orange County SC's Kobi Henry have been named in the United States U-20 Natinonal Team squad to play in the Revelations Cup in Mexico between November 10-16.

CHICAGO – El Paso Locomotive FC playmaker Diego Luna and Orange County SC center back Kobi Henry have both been selected to represent the United States U-20 Men’s National Team as it competes this month in the inaugural Revelations Cup in Mexico. The two USL Championship players were named in a 23-player squad for the tournament, which will also feature Brazil, Colombia and hosts Mexico between November 10-16.

Luna has had a standout first professional season with Locomotive FC, recording nine goals and five assists in 31 appearances to help lead the club to the Mountain Division title in the Championship. A former standout at the prestigious Barca Residency Academy in Arizona, the 18-year-old California native has previously been called to the U-14 and U-17 USMNT camps but has yet to make an appearance on the gameday roster for the national team.

“We are very proud of Diego’s development this season, and this call-up is fully deserving,” said Locomotive FC Head Coach and Technical Director Mark Lowry. “He has a drive and a desire to match his ability and we are happy that he is getting the recognition he deserves. It’s a proud moment for Diego and it’s a proud moment for El Paso Locomotive. We have full confidence he is going to go and show a lot of people what he is capable of, and we can’t wait to see it.”

Henry joined Orange County late in the 2020 season and this season has seen regular action in the club’s back line as OCSC finished second in the Pacific Division. The 17-year-old has made 18 appearances for the side and recorded 57 clearances, 20 interceptions and 15 blocked shots while completing 641 of 691 passes for an accuracy rate of 83.5 percent.

“We are very proud of Kobi’s well-deserved U-20 MNT call-up,” said OCSC President of Soccer Operations Oliver Wyss. “Kobi’s ongoing development in our professional structure and his contributions for our Championship team this season have been remarkable. This call-up is a fitting testament to the high standards our coaching staff is demanding from our players in our training environment that Kobi is excelling in on and off the field.”

The United States U-20s will kick off the Revelations Cup on Wednesday, November 10 at 6 p.m. ET against their Brazilian counterparts before taking on the Colombia U-20 Team on Saturday, November 13 at 4:30 p.m. ET. The tournament will conclude with the US-Mexico rivalry on Tuesday, November 16 at 6 p.m. ET. All matches will be played at the Miguel Alemán Valdés Stadium in Celaya, Guanajuato, Mexico, and will be broadcast live on Univision Deportes.