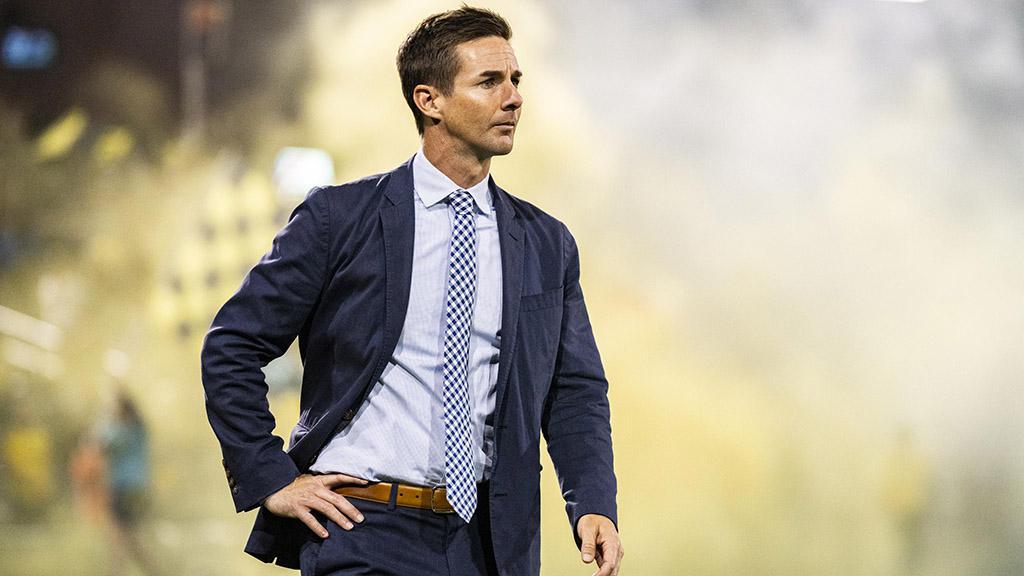 ALBUQUERQUE, N.M. – New Mexico United announced on Friday that Head Coach and Technical Director Troy Lesesne will not return to the club for the 2022 USL Championship season. The first Head Coach in club history, Lesesne departs the club with a remarkable legacy of on and off the field success, and community impact.

“My three-and-a-half years of building this club from the ground up have been the most fulfilling of my career and I'm proud of the work we've done both on and off the field,” said Lesesne. “[New Mexico Owner and President] Pete [Trevisani] and I discussed returning for a fourth season and while there's more I'd like to accomplish with the club, the time felt right for me personally and for the club to move in a different direction. I'm forever grateful to Pete and this community for entrusting me to lead this club and look forward to what the future holds for New Mexico United.”

Lesesne led United to postseason berths in 2019 and 2020, earned its first postseason victory in the 2020 USL Championship playoffs, and was the co-winner of the 2020 USL Championship Coach of the Year Award as he led the side to the postseason despite playing the entire 2020 season on the road. In the club’s inaugural season, he coached the side to the Quarterfinals of the 2019 Lamar Hunt U.S. Open Cup, and in his time overall also played a crucial role in creating opportunities for players, including the signing of homegrown 17-year-old Cristian Nava to a professional contract, the signing of five more players to USL Academy Contracts, the addition of Amando Moreno to the El Salvador National Team, and the transfer of Cody Mizell to Major League Soccer’s New York City FC.

“Troy Lesesne has been a foundational member of this club and community since day one,” said New Mexico United Owner and President Peter Trevisani. “His tireless work ethic, on and off the field, has built an incredible culture, and our club wouldn’t be where it is today without his drive, compassion and care. Despite all of those accomplishments, Troy is an even better human. He has left United, and all those he has touched in New Mexico, in a better place.

“We have been fortunate to be a part of Troy and Amanda’s lives, especially when they welcomed Drew to their family. No matter where they live, we will always think of them as New Mexicans. While perhaps not together, I know there will be many championships ahead for both New Mexico United and Troy Lesesne.”

Lesesne has achieved much off the field in building an ethos and foundation for United to grow upon in the coming years, as well. He is responsible for establishing United’s Diversity Fellowship Program – which elevates the voices of and builds opportunities for marginalized people in sports – through the Somos Unidos Foundation. Lesesne also was crucial in launching one of the few full-scholarship academy programs in the nation – The New Mexico United Academy. That team – made up entirely of New Mexicans – qualified for the USL Academy Playoffs in just their first season. He was also responsible for the hiring of both Heather Dyche and Itamar Keinan, two technical staff members that are crucial to the success of the club and will continue to be going forward.