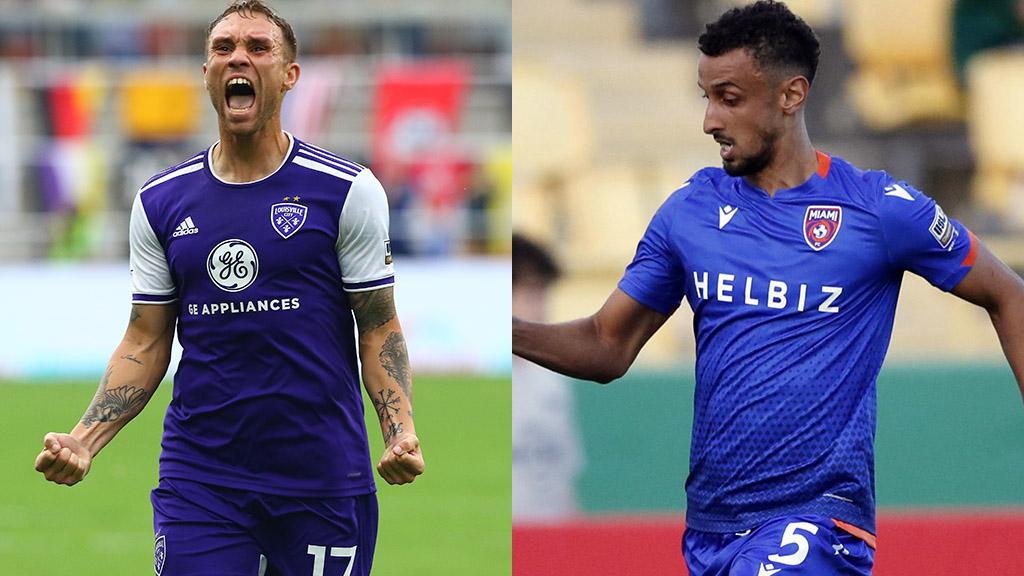 LOUISVILLE, Ky. – It’s one of the more remarkable feats in the USL Championship Playoffs’ history.

On Saturday night, LouCity will begin its drive to making it 7-for-7 as it opens the postseason against Miami FC in the Eastern Conference Quarterfinals of the 2021 USL Championship Playoffs, presented by TwinSpires on its home turf at Lynn Family Stadium. Kickoff is scheduled for 8 p.m. ET (ESPN+ | SiriusXM FC).

The road for Louisville this season has stood in contrast to the past. Where normally the months of September and October have been the warm-up act for what was to come in the postseason, this year there have been more ups and downs than we’d normally expect from the two-time league title winners. A 1-0 victory last Saturday night against Birmingham Legion FC thanks to a late goal by Antoine Hoppenot lifted the side back into first place in the Central Division on the final day of the season. Yet there’s no questioning the pedigree of the side new Head Coach Danny Cruz has at his disposal. Leading scorer Cameron Lancaster bagged 20 goals in the regular season, while Brian Ownby – long a strong postseason performer – had a career-best regular season with 11 assists, tied for second in the league. Add in contributions from the experienced Sean Totsch, Corben Bone, Paolo DelPiccolo and standout 18-year-old Jonathan Gomez and you have a squad more than capable of making another playoff run.

The first test of those credentials will come against a Miami FC side that while making its Championship Playoffs debut has plenty of its own experience to call upon. Leading the way are two former LouCity standouts in defender Paco Craig and midfielder Speedy Williams, both of whom were part of Louisville’s runs to the title in 2017 and 2018. Returning to the United States this year, Craig has been a mainstay alongside Callum Chapman-Page in the center of defense, while Williams has formed an effective midfield tandem with Bolu Akinyode after his offseason move. The club has firepower as well, with Haiti international Christiano Francois leading the team with 11 goals. Jamaican international Lamar Walker has also scored six times, while veteran Cuban forward Ariel Martinez has six goals and seven assists. As Miami heads to Louisville for the first time, it will feel battle-tested and hopeful of springing an upset.

That’s something LouCity isn’t used to experiencing on home turf, however, and the winningest side in the Championship Playoffs’ history will be looking to maintain its home advantage as it begins the pursuit of its third title.