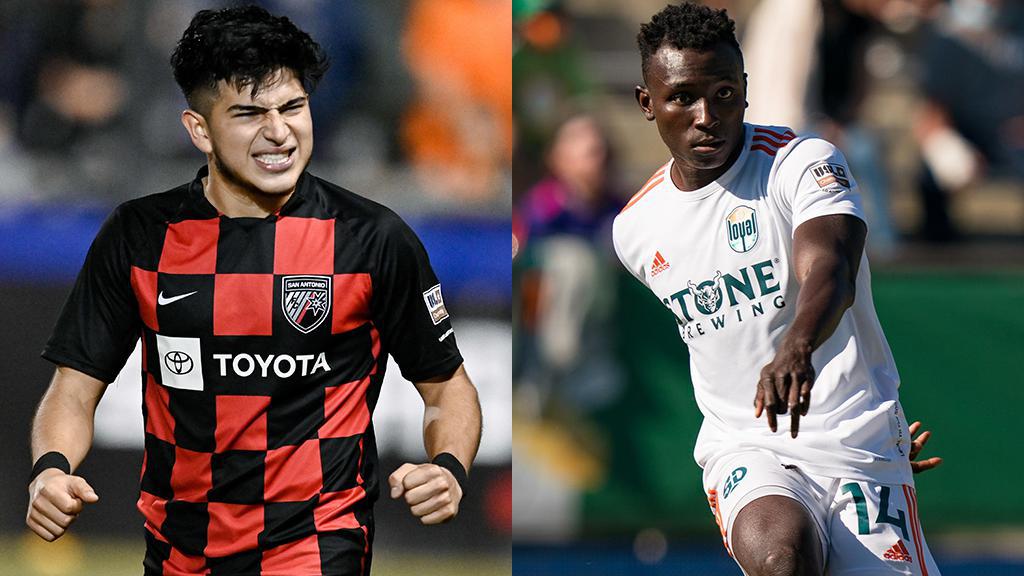 SAN ANTONIO – If San Diego Loyal SC needs any help finding their way around Toyota Field on Friday night, they have two good guides in their party.

Defenders Callum Montgomery and Josh Yaro could among the players that will feature as the second-year side makes its postseason debut on Friday night with a visit to face their former club San Antonio FC as the two clubs meet for the first time in their histories in the Western Conference Quarterfinals of the 2021 USL Championship Playoffs, presented by TwinSpires. Kickoff is scheduled at 9 p.m. ET and the game will air live on ESPN+ and SiriusXM FC.

Montgomery and Yaro were two offseason acquisitions by SD Loyal from San Antonio, with Yaro having become a staple in his new club’s back line in the same way he was for two seasons in the Alamo City where he made 45 appearances and logged almost 4,000 minutes of action. The 26-year-old Ghanaian has made 28 appearances this year for San Diego – but has been absent for the past two – with Montgomery one of those he’s shared the back line with, in addition to Grant Stoneman and full backs Elijah Martin and Oliver Larraz, whose midseason loan has provided cover at right back for the injured Jack Metcalf.

That group and goalkeeper Austin Guerrero will be tasked with containing a San Antonio attack led by Nathan Fogaca, who led the side with 11 goals this season, powerful front men Santiago Patino and Justin Dhillon and talented winger Marcus Epps. The spotlight could shine brightest for the hosts on 20-year-old Jose Gallegos, who a year removed from being a finalist for the Championship’s Young Player of the Year has produced seven goals, three assists and 35 key passes but also leads the league with 99 completed dribbles this season. San Antonio is set to have a new man between the sticks on Saturday, however, with injury to Matt Cardone in the club’s 3-0 win against Colorado Springs Switchbacks FC last Saturday night having seen the side acquire Jordan Farr from Indy Eleven on an emergency loan.

San Diego has its own bright attacking talent too with Augustine Williams having recorded six goals and three assists in 12 appearances since joining the side on loan from the LA Galaxy and the likes of playmaker Alejandro Guido and veteran forward Corey Hertzog, who leads the team with five assists. The visitors will also get to call on the experience of midfielder Jack Blake, who two years ago captained Real Monarchs SLC to the Championship title and now returned from injury could have a major role to play in SD Loyal’s first postseason outing.