Miami’s Williams, Walker joined by Birmingham’s Flemmings in group that will host U.S. this month 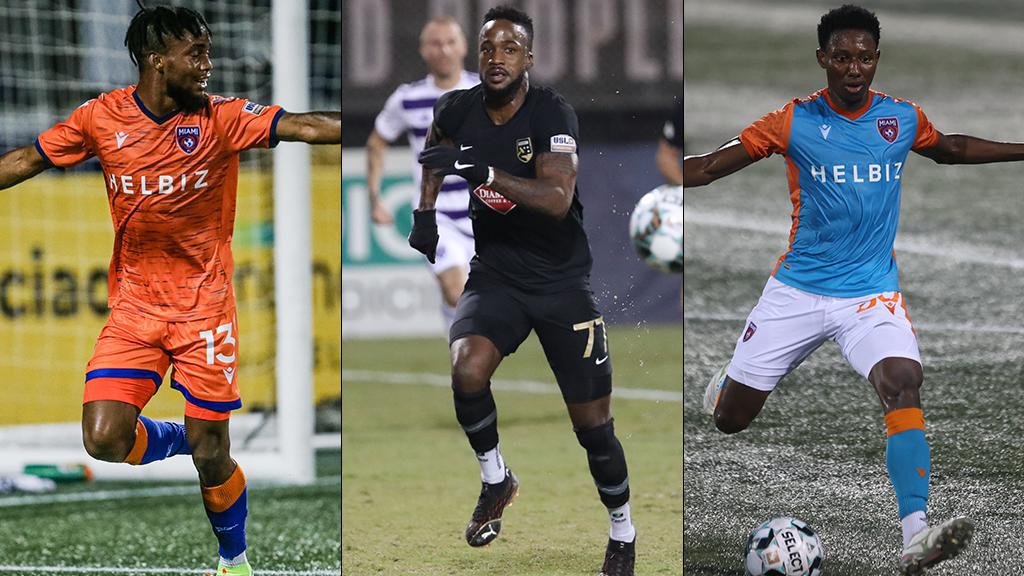 Lamar Walker, Junior Flemmings and Speedy Williams have each been selected by Jamaica for 2022 FIFA World Cup Qualifying games against El Salvador on November 12 and the United States on November 16.

Three players from the USL Championship have been named in Jamaica’s squad for November’s games in FIFA 2022 World Cup Qualifying with midfielders Speedy Williams and Lamar Walker of Miami FC and forward Junior Flemmings of Birmingham Legion FC all selected to compete for the country.

Jamaica will visit El Salvador on Friday, November 12 at Estadio Cuscatlán at 10 p.m. ET before returning home to host the United States on Tuesday, November 16 at Independence Park at 5 p.m. ET.

Williams and Flemmings retain their places in the squad which last month moved up to sixth place in the Octagonal final stage of qualifying after taking a 2-0 victory on the road against Honduras. Flemmings and Williams both started in that contest, and are now rejoined by Walker, who was part of the country’s first three games in the qualifying round.

Flemmings has recorded six goals and three assists in 21 appearances for Legion FC this season as the side finished in second place in the Central Division while also recording 16 key passes. The 25-year-old was the Championship’s 2020 Golden Boot winner and has recorded more than 50 regular-season goals in his career in the league while having scored twice in 20 appearances at the international level.

Williams recorded three goals in 23 appearances for Miami to help the side reach the USL Championship Playoffs for the first time in its second season in the league. The 2020 Championship All-League selection has made 23 appearances for his country in his career and has played in every game of World Cup Qualifying so far this year.

Walker recorded six goals and 29 key passes in his first season with Miami after the 21-year-old made the move this offseason from Portmore United. Walker has made nine appearances and recorded one goal and one assist in his young international career.