Matchday Report: Miami Closes on High with Victory in Charleston

Reid scores twice late on after first-half goals by Martinez, Perez in 4-0 victory 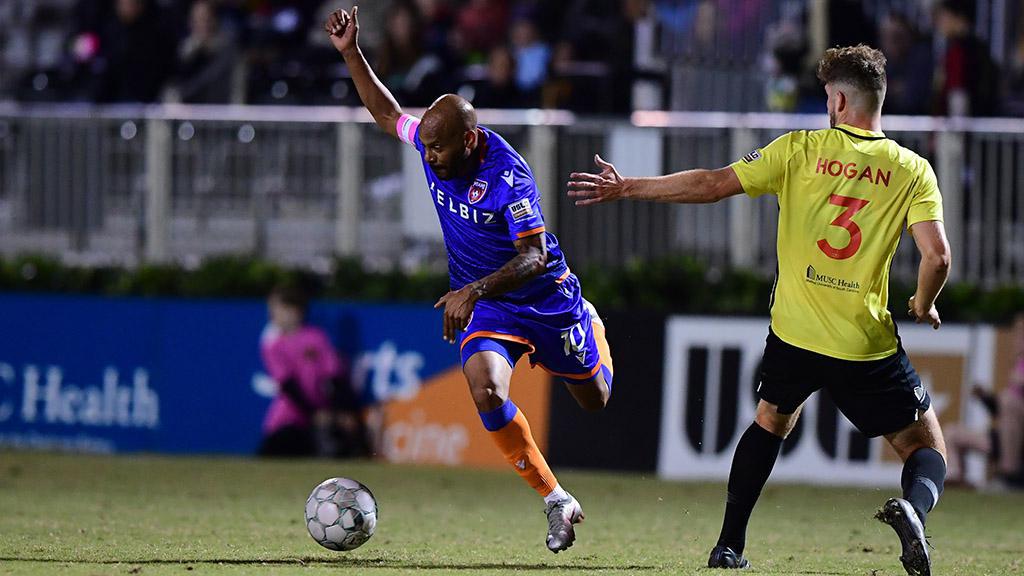 CHARLESTON, S.C. – Miami FC went ahead early and pulled away late as it took a 4-0 victory against the Charleston Battery on Saturday night at Patriots Point with Adonijah Reid scoring two late goals for the visitors to secure the win after Ariel Martinez and Josh Perez had struck in the first half.

The Battery had a chance after just 15 seconds when Stavros Zarokostas found Zeiko Lewis in space in the penalty area for a shot that was saved by Miami’s Connor Sparrow. The visitors gradually began to find their feet, however, and Christiano Francois was denied in the 14th minute on a shot from the right side of the penalty area to the far post that was turned wide well by Charleston’s Joe Kuzminsky.

Miami grabbed the lead in the 17th minute, however, when Francois threaded a pass through to Martinez that the Cuban forward sent low past Kuzminsky into the back of the net. The visitors threatened to add to their lead on the half-hour mark as Speedy Williams teed up a shot from 30 yards that was saved by Kusminzky, but in the 34th minute El Salvador international Perez sent home a low shot from the left side of the penalty area into the right corner of the net to make it a two-goal game.

Charleston tried to gain momentum in the second half and almost pulled a goal back in the 66th minute when a low cross from the right by Logan Gdula found Lewis for a first-time shot that was blocked away by Miami’s Callum Chapman-Page. Gdula then had a chance of his own with 16 minutes to go but his effort from 25 yards was always rising over the crossbar.

Miami put the game to bed in the final 10 minutes, however, as Reid scored twice in three minutes, the first seeing the young forward apply a sliding finish near the right post off a pass from the left side of the penalty area by Billy Forbes. Then with seven minutes to go, Reid controlled after a Battery defender was unable to control an attempted through-ball and drove into the right side of the penalty area before finishing low into the left corner of the net.

Adonijah Reid, Miami FC – Reid made the most of his opportunities after coming on as a second-half substitute, scoring twice on his two shots for the game to bolster the visitors’ lead.