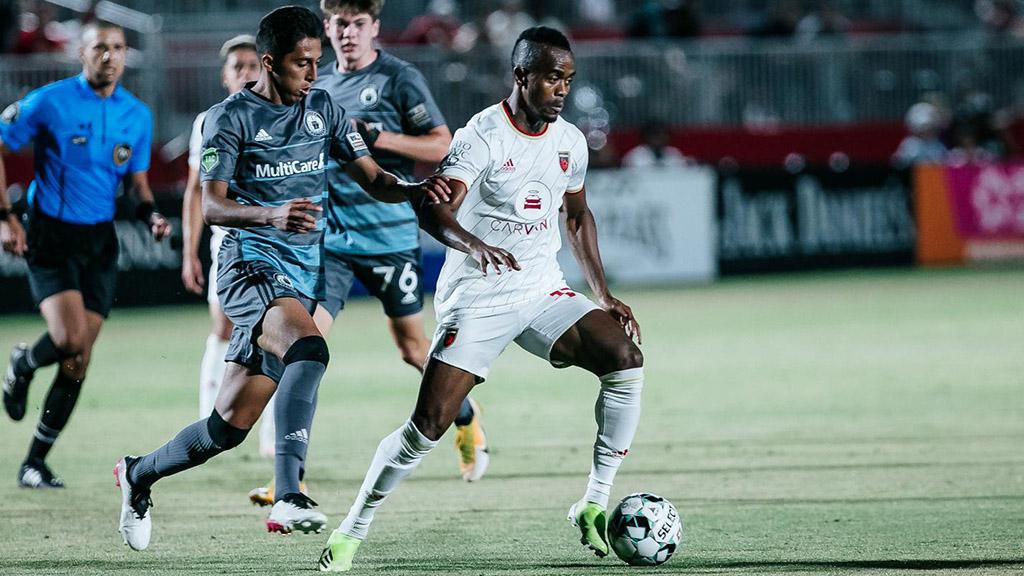 Phoenix Rising FC will try to clinch the best record in the West against a Tacoma Defiance side that is looking for victory as it vies for one of two remaining playoff spots on Saturday. | Photo courtesy Ashley Orrelana / Phoenix Rising FC

PHOENIX – Phoenix Rising FC plays host to the Tacoma Defiance on Saturday night at Wild Horse Pass as it looks to conclude an undefeated home slate for the first time in a regular season and clinch the best record in the Western Conference against a Defiance side fighting for its postseason life with a game to go. Kickoff is scheduled for 10:30 p.m. ET.

@PHXRisingFC (20-5-6, 66pts) played to a 1-1 draw against Sacramento Republic FC last Saturday night at Wild Horse Pass in its most recent outing, dropping the side two points behind the Tampa Bay Rowdies for the best record in the league with one game remaining. The hosts needed a late equalizer that came via an own goal after Kevon Lambert played a ball into the six-yard area off a free kick by Aodhan on the left. Phoenix can still clinch the best record in the Western Conference should it take just a draw against the Defiance, which would leave Rising FC clear of Mountain Division title-winner El Paso Locomotive FC, but the hosts will be looking for all three points as it tries to enter the postseason on a positive note.

@TacDefiance (10-13-8, 38pts) kept its playoff chances alive last Sunday afternoon as it took a 3-2 victory against the LA Galaxy II that was powered by attacking midfielder Marlon Vargas. The 20-year-old became the 24th player to record three assists in a single game, while also ranking as the third-youngest to notch the feat in league history, as he set up a pair of goals for Samuel Adeniran, who scored what proved to be the winner with 20 minutes to go. Adeniran has now recorded 12 goals this season to lead the team while sitting tied for 10th in the Championship’s scoring chart. The Defiance have only taken two victories in 13 prior meetings with Phoenix, however, and sitting a point behind the LA Galaxy II for fourth place in the Pacific the visitors need to either take victory, and see both Los Dos and Oakland Roots SC fail to take victory, or earn a draw while hoping for the Galaxy II to fall and Oakland to draw or lose, which would also set Tacoma through either on a head-to-head tiebreaker with the Galaxy II, or on in-division points should all three teams end on 39 points.