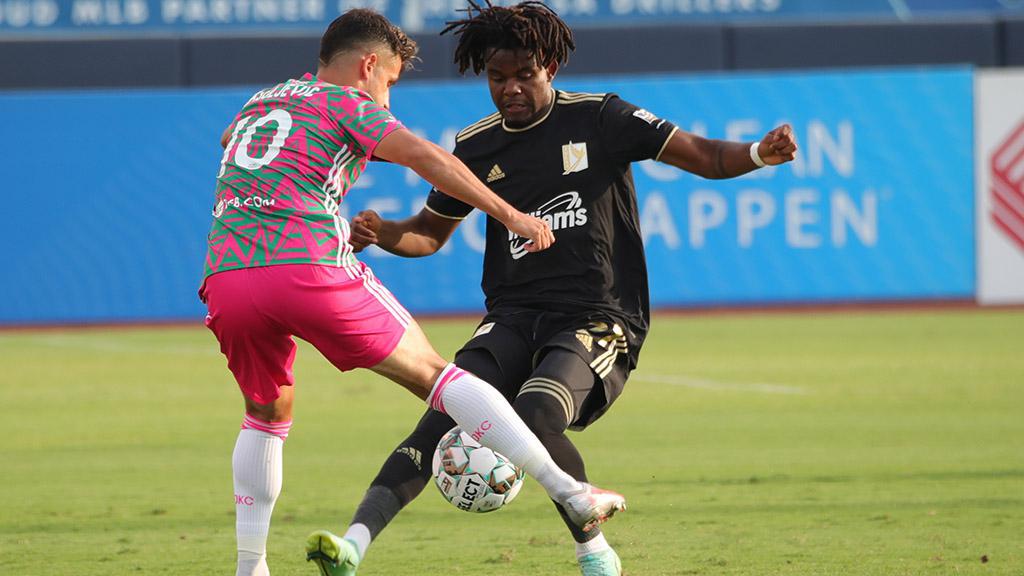 TULSA, Okla. – Black Gold Derby rivals FC Tulsa and OKC Energy FC will decide the season series on Saturday night when they meet at ONEOK Field with both teams looking to rebound from setbacks in their most recent outings. Kickoff is scheduled for 8 p.m. ET.

@FCTulsa (13-13-5, 44pts) fell 3-2 on Wednesday night to Memphis 901 FC at AutoZone Park in a result that locked the side into the No. 4 seed in the Central Division for the 2021 USL Championship Playoffs. Marlon scored an early goal from the penalty spot, but after the visitors added a second via an own goal with 16 minutes to go to pull back level, Memphis regained the lead a minute later to seal the win. Marlon’s goal was his eighth of the season, putting him third on the team behind Rodrigo da Costa (11 goals) and Dario Suarez (9 goals). Tulsa holds the edge in the season series on goal differential at +1 as it opened the season with a 2-0 win at Taft Stadium that saw El Salvador international Joaquin Rivas score both goals. The hosts will be looking for a strong final display on Saturday ahead of their trip to face defending Eastern Conference title holders the Tampa Bay Rowdies to open the playoffs.

@EnergyFC (8-10-13, 37pts) suffered a 4-0 defeat last Sunday night to Mountain Division leader El Paso Locomotive FC at Southwest University Park in its most recent outing having been eliminated from playoff contention the day prior. The visitors will still be hoping to end the campaign on a high note as Head Coach Leigh Veidman takes the reins following his permanent appointment this week, however, as it moved level in the season series with Tulsa when the sides last met in July when Hiroki Kurimoto’s goal in the seventh minute of stoppage time earned the side a 2-1 victory at ONEOK Field. OKC has won the Black Gold Derby four times in six prior editions and will be looking to close out the season with bragging rights over its in-state rival as defenders Conor Donovan and Mitch Osmond look to complete individual campaigns that have seen both play every minute of the regular season so far.