New Mexico looks for victory, outside help to earn third consecutive trip to the postseason 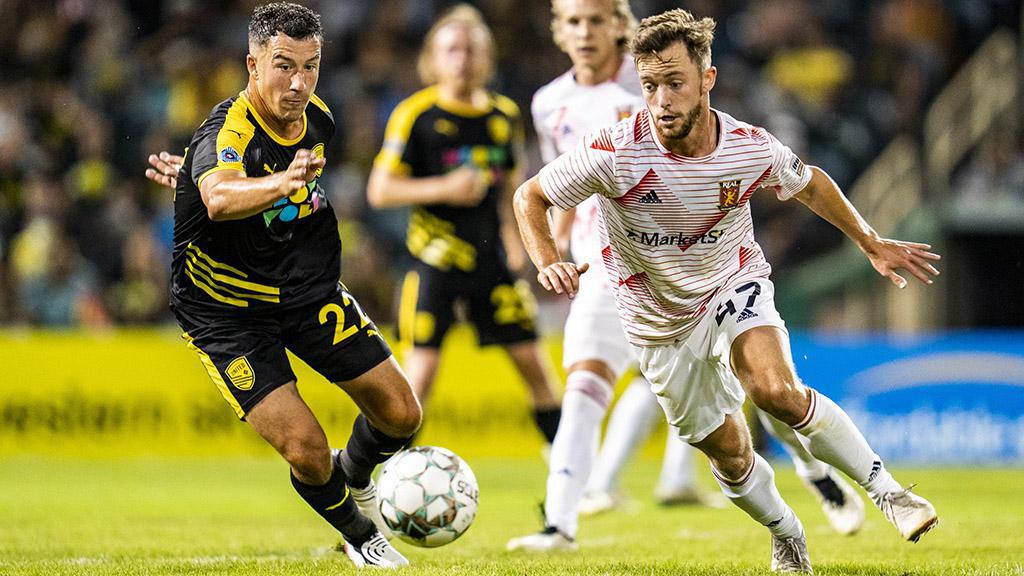 ALBUQUERQUE, N.M. – New Mexico United will play host to Real Monarchs SLC on Saturday night at Isotopes Park looking to jump back into the playoff positions in the USL Championship’s Mountain Division with a victory against a Monarchs side coming off a midweek defeat in its home finale. Kickoff is scheduled for 7 p.m. ET.

@NewMexicoUTD (11-10-10, 43pts) dropped to fifth place in the Mountain standings in midweek after suffering a 2-0 defeat to Rio Grande Valley FC last Saturday night at H-E-B Park. The result opened the door for the Toros to jump past United with their game in hand on Wednesday night, which they duly did with a 3-1 win against the Monarchs at Zions Bank Stadium to sit a point ahead of New Mexico with one game remaining. New Mexico could apply pressure to the Toros if it can establish a solid early lead, however, as RGVFC kicks off 90 minutes after United in its home finale against El Paso Locomotive FC. If New Mexico takes victory and the Toros are unable to it would replicate the final day of the 2019 season which saw United grab the final playoff berth in its final game of the season as well.

@RealMonarchs (5-19-7, 22pts) saw their three-game undefeated streak come to an end against the Toros on Wednesday as the side scored just before halftime on an own goal that was facilitated by Leo Torres but was unable keep out a pair of spectacular strikes by the visitors that saw RGVFC take victory. The Monarchs have historically struggled against New Mexico, going 2-7-0 in their all-time series and 1-2-0 so far this season. The last meeting between the sides, though, saw a notable moment as both Chris Wehan of New Mexico and younger brother Charlie of Real scored for opposite sides in the same game, only the second time that had occurred in league history.